Why aren't some launchers compatible with some devices?

I was reading the reviews of the Google Now Launcher where they have stated that after installing the launcher the device has audio issues. 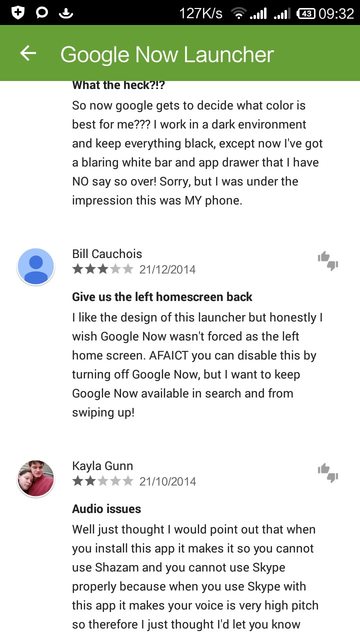 I did not understand how can a launcher affect the hardware output of a device because as far as I understand the launcher only gives a pure vanilla experience.

Is there a possibility that a launcher like Google Now Launcher is not compatible with some devices? (Even thought it meets the requirements of the launcher)

There always is a possibility for something to not work even when it's marked as compatible (like HTC Explorer with Snapchat). It should work but it doesn't.

Not the answer you're looking for? Browse other questions tagged launcher google-now compatibility or ask your own question.

3
Are Android 2.2 applications compatible with Android 3.0 and 3.1?
1
Holo on HTC Vivid
0
v6 Supercharger with Multitask Manager and Tag Home Launchers
3
How can I find a Device Compatible with a Given App?
3
Why do launchers not support all widgets?
3
Now On Tap is missing from Marshmallow
1
Why aren't my app icons showing up after installed?