My SGS3 had an extremely nice and pretty long battery life until a week ago I used a music download app to download some music. After this I get common notifications like this. And it's scary cause it's true, my battery is draining annoyingly fast. In 10 min of using 10% of battery goes bye bye. This is absurd. (i have not yet clicked on the button) 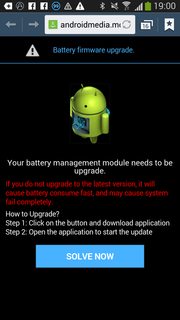 After this, I checked and most of my battery goes into "android system" rather then screen or something else you would expect. 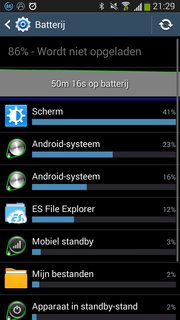 Stop running unnecessary applications in the background. For example: Bluetooth should be off when not in use and it can be turned on per usage like for example get a call then turn it on or make sure if turned on always plugged in to a charger.

Make sure you get titanium back up; you don't need pro. Go inside play store and download it. Run it and then save them to your ad card make sure it's the sd card.

Make sure any app that you're not on constantly is not running. Shut them off with the task manager, you can also get an application to automate this for you with one click and schedules. (I'll have to get back to you soon on the exact app)

You've caught an app which I'd consider "malware", or at least "spammy". It might run in background without being needed, and even load stuff you don't want. As you already identified that music download app being what it started with: get rid of it (I'd even bet you didn't get that app in an official market like Google Play, but found it elsewhere?). If you're lucky, that will rid you of your issue.

If you're less lucky, it has already loaded other spammy stuff. So better check your device:

After that, to be on the safe side, let's do a little more cleanup:

Now you're back in "normal mode", and hopefully got rid of your culprit. Watch it for a while. In the worst case, that spamware has modified some settings or more, and all that's left to you is a factory-reset. But first let's hope not, and above steps get your device cured.

Oh: And never believe such "battery firmware upgrade" screens. Such upgrades never come that way (downloading an application). Such a screen is a pretty clear malware/spam indicator.

Not the answer you're looking for? Browse other questions tagged samsung-galaxy-s-3 battery-life or ask your own question.

94
Do I really need to install a task manager?