Registering Viber in a Virtualbox Android

I have Android installed in Vistual Hard Disk and I run it in VirtualBox. Everything works fine. But I cannot register a Viber account in it. In fact, it was registered in my first trial but after a few minutes a message appeared saying this registeration is no longer valid: 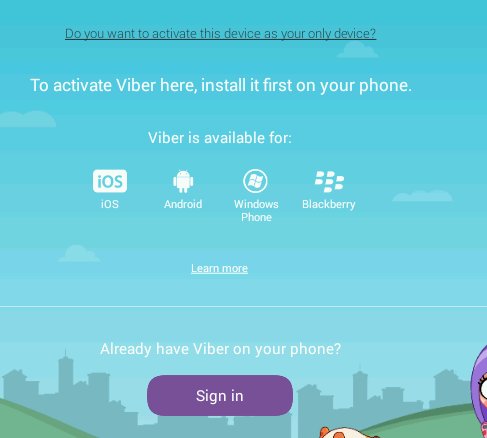 Is there a way to solve this problem?

After a lot of searching and contacting Viber, I found out that, such version of android does what is regarded as unusual activity by Viber. This results in blocking all phone numbers used in such version of Android.

To unlock my phone number, I insisted sending messages to Open a Ticket, explaining the situation. They sent an email and I had to explain again as a reply to that email. Their first answer was a template answer:

Our system has identified your account as a source of spam messaging due to an increased activity on Viber. The account has been automatically added to a block list and can not be unblocked.

No further information is available at this time. Please do not reply to this e-mail.

And I opened another ticket explaining that I could not be a spammer only in a few minutes. This time they had a non-template answer:

Your numbers seems to be blocked at this time due to unusual activity on Viber. We have unblocked them and you should be able to register to Viber again.

Please note that if your numbers are blocked again after being removed from our block list, we will not be able to unblock them in the future.

So the answer is that such widely used virtual versions of android are in Viber black list and may result in clocking your phone number in Viber.

Your "username" on apps like whatsapp, viber is your cellphone number, so when running an emulated android device you don't have a phone number assigned so the service won't work.

Not the answer you're looking for? Browse other questions tagged viber virtualbox or ask your own question.