Tilt left and right is not working in bluestacks

Hi I am trying to play Top free games' Bike Race game in Bluestacks software for Windows. I installed it and I started to play the game. But I am not able to tilt action for adjusting my bike. How can I do that?

I've tried the left and right arrow keys and also with ctrl and alt key combinations. I read this post on How to mimic the tilt function in bluestacks but its not working in my Windows 7 PC. I'm using Blue stacks beta-1 version.

I contacted the support team of bluestacks and they suggested to upgrade to the latest version. Updated the version and tried but still I have the same issue. My current bluestacks app version is 0.9.25.5401

Also try the keys Z and X to tilt left and right respectively according to this site and also this site has the same information about tilting.

See my updated working solution(UPDATE 2) below to configure tilting in Bluestacks app.

Update 1: As the tilt function is working fine in other games. It is dependent on the games that you play and its support on the Bluestack app player. Once the game is supported it will show a popup of the controls that can be used to control the actions and mimic the accelerations. So for example when playing a game like Labrynth Lite, after installing and opening the game the app player resized the windows like a phone and showed the controls using the arrow keys. 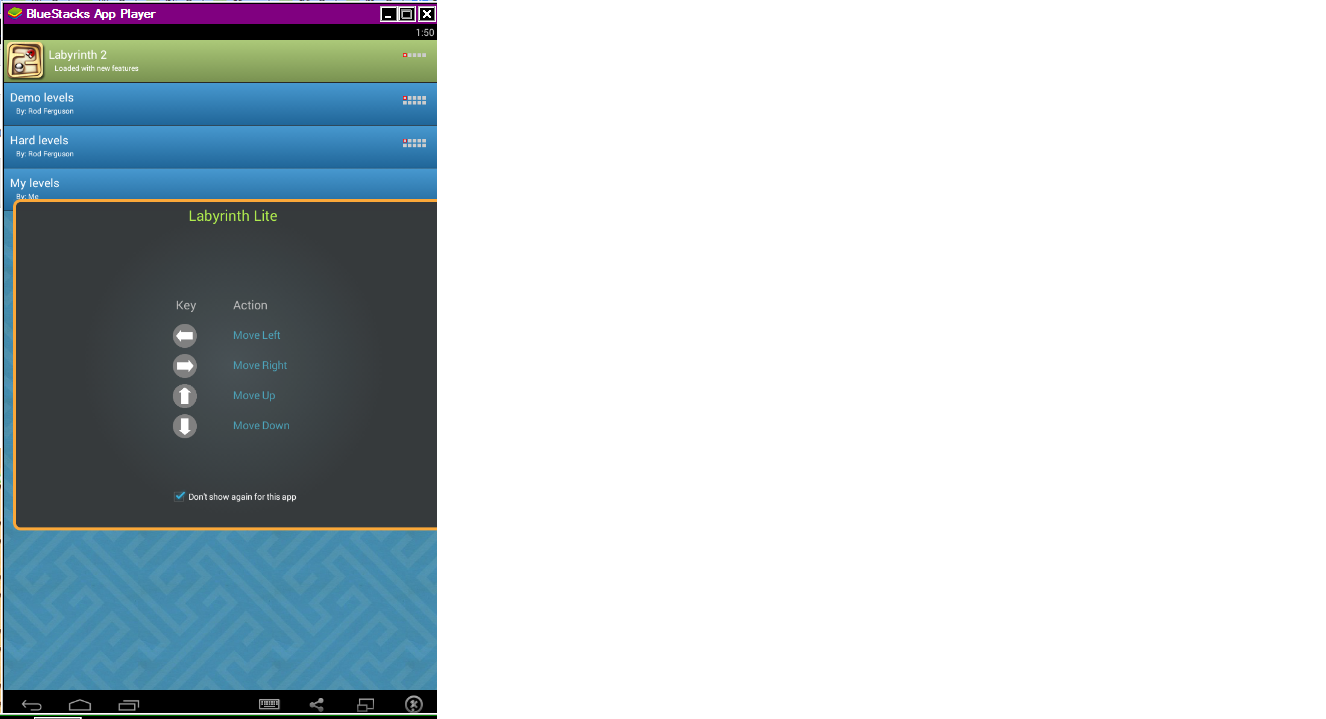 As this shows that the keyboard controls are app dependent and Bike Race doesn't support the tilt controls in Bluestacks(v.0.9.25.5401) as of now.

I actually found out how to mimic the tilt functionality in all games. The first thing you have to do is to configure the tilt motion using the key mapping functionality provided by the Bluestacks app player. Here's what you want to do,

Open Bluestacks, and click the keyboard icon shown first in the bottom menu (along with share, fullscreen and exit icons aside). This opens the configuration window to configure the Dpad, Tilt and other such Kep mapping functionalities such that you can control the object using those keys and mimic the tilt in the games. 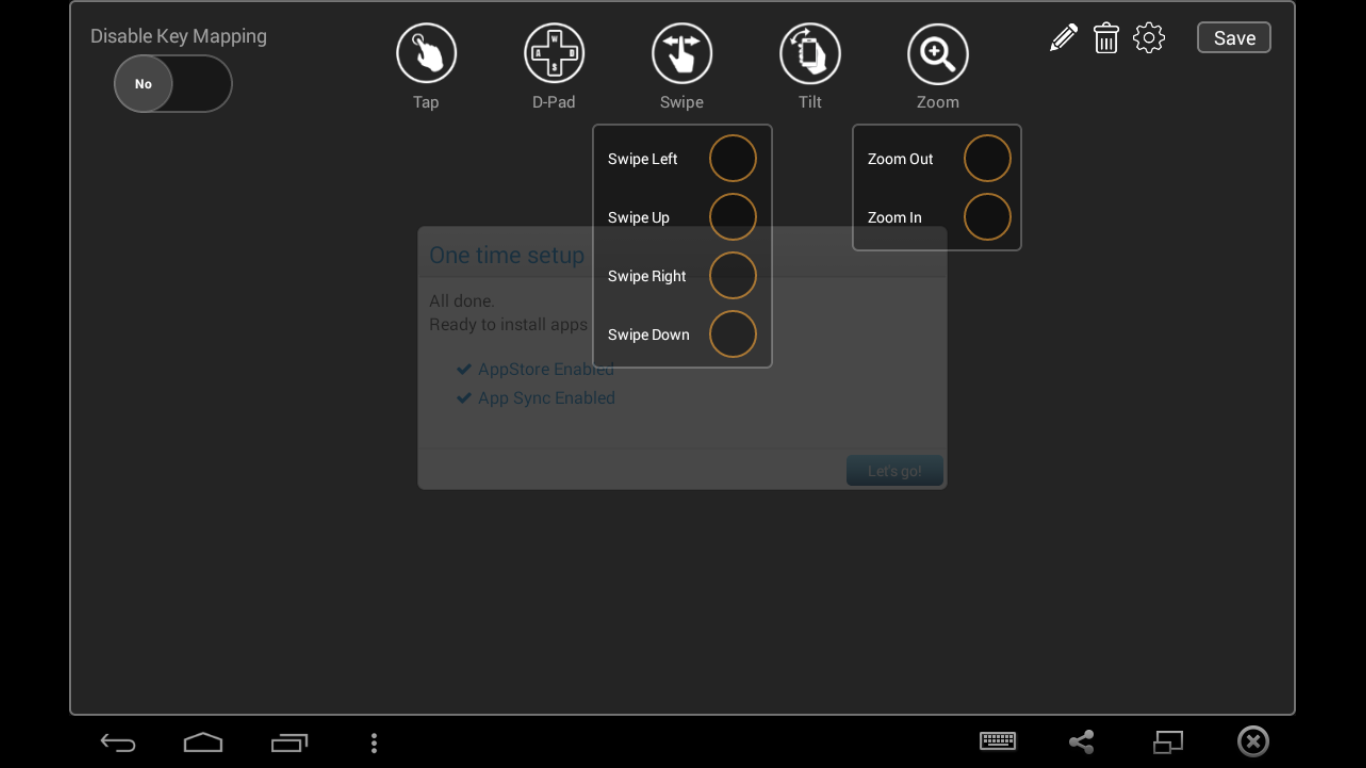 After Clicking the Tilt option in the menu shown for key mapping, Click each Rounded buttons and press any key in the keyboard to configure that key as the key to make the control for tilting. Likewise set the controls for tilting Left, Right, Up and Down. Set the sensitivity to default and play the game once and set it according to your needs. 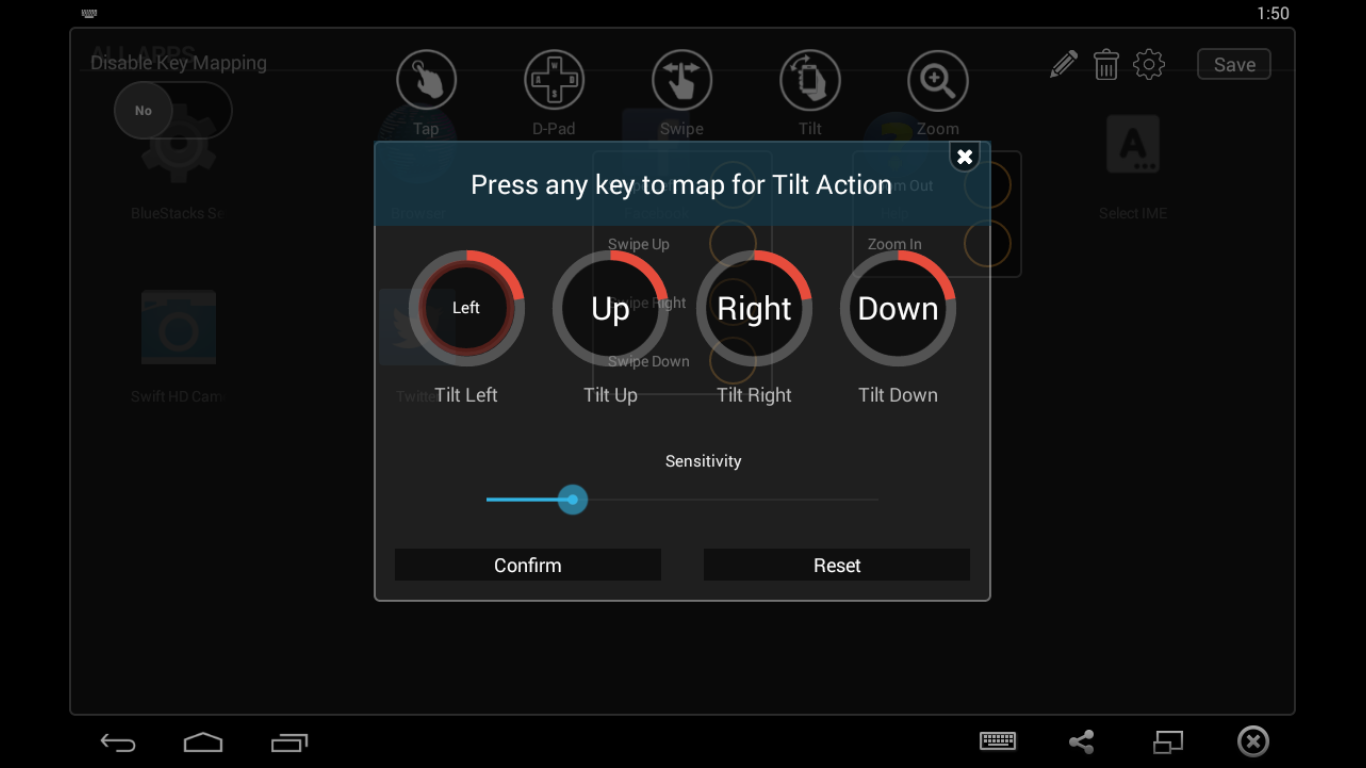 Once you click confirm and it will show you the Keys that you have configured for each tilt functionality. You can see the configured keys for tilting is displayed as I set. Eg. For tilting the bike backward I need to tilt left so I set the Left tilting to Left Arrow key mapping. Set the Key whichever is convinient for you and you should be able to do the tilting in all games you install on Bluestacks. 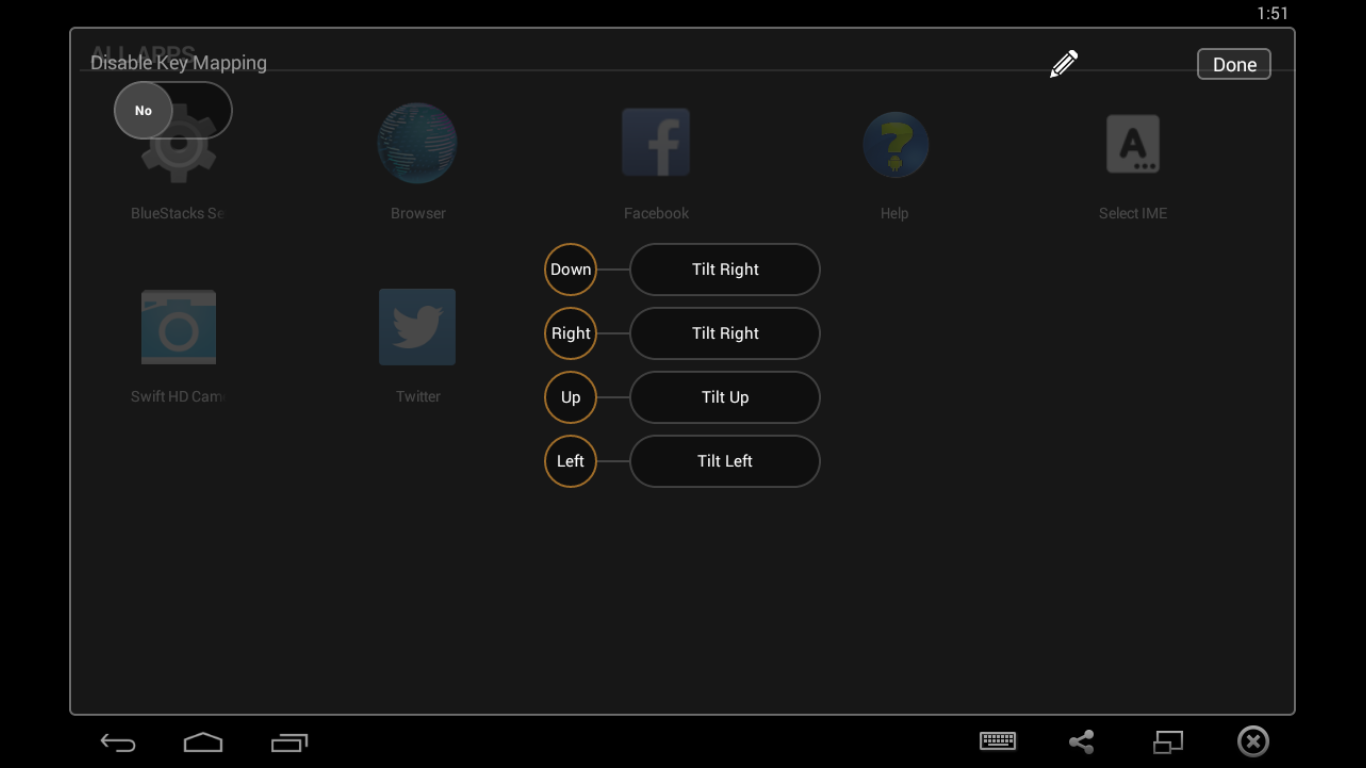 Not the answer you're looking for? Browse other questions tagged applications bluestacks or ask your own question.

1
Bluestacks isn't working: Goes to system tray but nothing happens
2
How to mimic tilt & shake controls in BlueStacks?
2
Bottom right and left page curl that shows shortcuts when swiped?
0
Will a Bluetooth controller work with an Android app running on BlueStacks?
0
Is it possible to retrieve app's local data after uninstalling it?
0
Files share in BlueStacks 4 is not working
0
Whatsapp backup and restore not working (Tested both local and google drive) - Bluestacks