I'm a T-Mobile US customer, and I'm quite interested in getting a phone with Band 12 support, and one that'll actually let me have a better understanding of the network and whether I'm receiving the benefit of having the upgraded phone with the Band 12 support.

As per https://sites.google.com/site/cellularbinder/compatible-phones and the specs of the phoe itself, Alcatel One Touch Idol 3 does appear to support LTE Band 12.

However, does it have the ability to show which band is presently being used, like some other non-Google phones can? (I currently have a couple of Google Nexus phones, and am quite disappointed that there appears to be no way to see which exact bands of LTE or UMTS do they use.)

I currently have the Alcatel OneTouch Idol 3, and yes it does support band 12. In fact, my phone is currently using band 12 over band 4 which is what my OnePlus One was using, since it doesn't support band 12.

Note that these two phones are placed right next to each other. 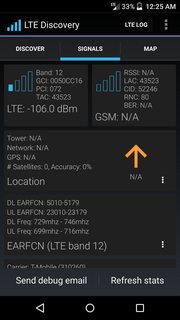 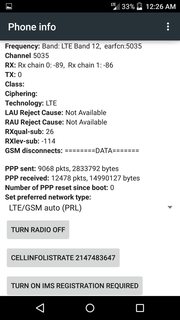 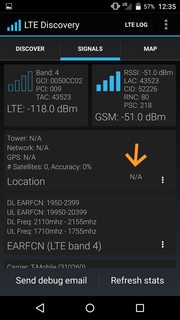 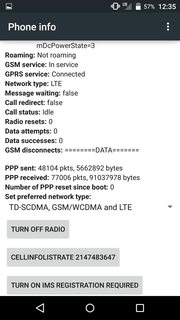 Just to highlight Michael Trinh's answer: Yes, as of this moment, it supports band 12 data. No it does not support band 12 calling. If you are in an area of only band 12 coverage, then you will not be able to send or receive calls or SMS despite the signal bar claiming coverage.

Not the answer you're looking for? Browse other questions tagged 4g baseband .