I've just transferred over 800 songs onto my Galaxy S6, all of which have album art. I used peggo.co to download the songs from YouTube/SoundCloud (peggo automatically attaches the album art to the song).

However, all of my songs show the wrong album art, and more so, it's the one same album art from one album for all 800+ songs.

I tried deleting the offending album/songs and cleared the thumbnails using this suggested method, but now all the other songs use the same album art from a different song: 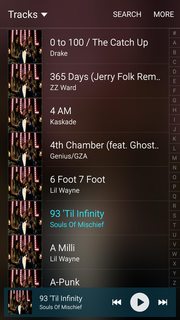 I've tried following the answers to a similar question here, but none of the solutions worked for me.

What should I do?

Edit: I think I know the issue, but I'm not sure how to fix it. All of the songs I downloaded using peggo.co set the Album Title to "Unknown" (or simply nothing), which would explain why all 800+ songs have the same album art. How can I fix this though?

I found the solution to this. As I said in my question, the problem is that all my songs had their Album Title set to "Unknown" or simply not set.

To fix this, you have to change the Album Title to something unique. Here's what I did to fix this (automatically, for all of my songs in a single click):

That should fix it.

Not the answer you're looking for? Browse other questions tagged 5.0-lollipop music music-player samsung-galaxy-s-6 or ask your own question.

9
Want to disable album art in music player
3
Corrupt album art
14
How do I change incorrect album art on the default Music Player of the Samsung Galaxy S III?
0
Music Manager(s) cannot find certain album
5
Album art doesn't change
1
Some but not all music is showing in my phone's media player