Get the charging rate without external hardware (e.g. multimeter.)

I've noticed that my S4 doesn't always charge at its maximum rate of charge, even when it seemingly should. For example, car DC adapters that claim to provide up to 2.0 amp current only provide 500mA.

They also seems to imply that there exists an app which reveals the rate at which a device is charging.

I used to think "USB is USB," and that's true for data, but not for power. Cable quality, and unknown factors, will change what you can pull off. I've had two [USB] cables of the same length produce as much as an 800mA difference from the same charger.

I own a Samsung Galaxy S Relay, which is an Android phone a few years old. It's sort of similar to the Samsung Galaxy S III, but it also includes a slide-out physical keyboard. I'm running Android 4.1.2.

How can I determine at what rate my phone is charging? Preferably using only an app or a terminal emulator. I'd rather not have to use a multimeter.

You can try Ampere (I didn't test it), which should show you the current (dis)charge rate: 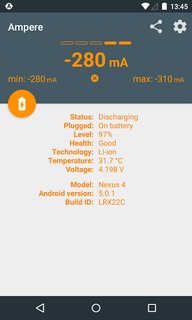 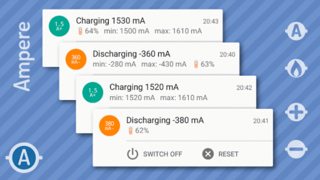 Quoted from a rating:

I appreciate that this app displays which of my available charging devices delivers the most milliamps. It's useful because I know which charger to swap out for maximum power. Also, it may indicate if a known charger may be under performing based on available specs.

A terminal emulator? That sounds great!

You'll get an integer about how many micro-Ampere (μA) your battery is currently outputting/discharging. A negative value means charging.

I would recommend DashClock widget with the BatteryDash extension. BatteryDash is a reasonably simple battery info app with currently drawn amperes, delivery voltage and temperature data. DashClock provides that info through a Home Screen widget and a custom daydream.

I have a couple of apps to suggest: 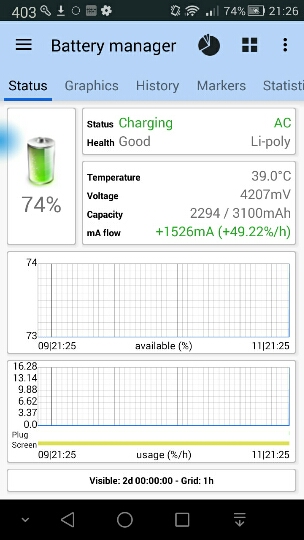 Not the answer you're looking for? Browse other questions tagged charging .

5
My phone doesn't always charge at full speed, even with certain 2-amp chargers. What are the necessary conditions for it to charge at full speed?
1
How can profile (log the charging and discharging current for some time period) my battery?
0
Charge older Samsung phone (with Quick Charge 1.0 technology) at full rate

10
How can I tell at what rate my battery is charging?
16
Are Android chargers universal in terms of power (Voltage, amperage)?
5
Charging the Asus Transformer (Prime)
17
What is the difference between USB charging and AC charging?
4
Increasing my phone's charging rate while tethered
5
My phone doesn't always charge at full speed, even with certain 2-amp chargers. What are the necessary conditions for it to charge at full speed?
3
Is there any relation between charging rate and discharging rate?
0
Using macbook USB charger for android tablets and phones
2
How to get fast charging diagnostics information