How to delete search history from Settings app?

In Android, it's possible to search for a specific setting by clicking the magnifying glass in the top right corner of the Settings app and typing. However, I haven't found a way to remove earlier search queries.

I have recently misspelled a word, and it always pops up when I search for something else.

Is there a way to clear the search history, or, better, to remove a specific search?

Clearing the Settings App data will not reset any of your settings to their original state, but should clear the search history.

In the settings, navigate to your apps and find Settings and tap on Clear Data. The app should close and when opened back up, the search history should be cleared.

Three answers saying the same thing but are rather extreme in their approach. I want to remove one query out of dozens I made. Why should I remove everything just to remove one? Not fair!

In Android, it's possible to search for a specific setting by clicking the magnifying glass in the top right corner of the settings app and typing.

I don't think that's true for any stock ROM. This seems to be a CM specific feature, and based on the tags, the ROM is CM12.1.

It is an assumption that if you're using Cyanogenmod then the device would be rooted. Considering it to be the case, install SQLite Editor.

The queries that you make using the lens icon are saved in a table saved_queries with time-stamp, under the database search_index.db, located in the data directory of Settings (/data/data/com.android.settings/databases/search_index.db).

Changes would take place immediately. If not, force-close the Settings app from Settings → Apps → All → Settings, and then proceed with aforesaid instructions. You may optionally reboot as well.

You can use adb to achieve the goal. The commands would be:

You can use a terminal app like Terminal Emulator to achieve the goal as well. Simply do su, and then follow the sqlite3 commands (i.e. remove adb shell su -c '' from the commands).

Screenshots before and after tweaks: 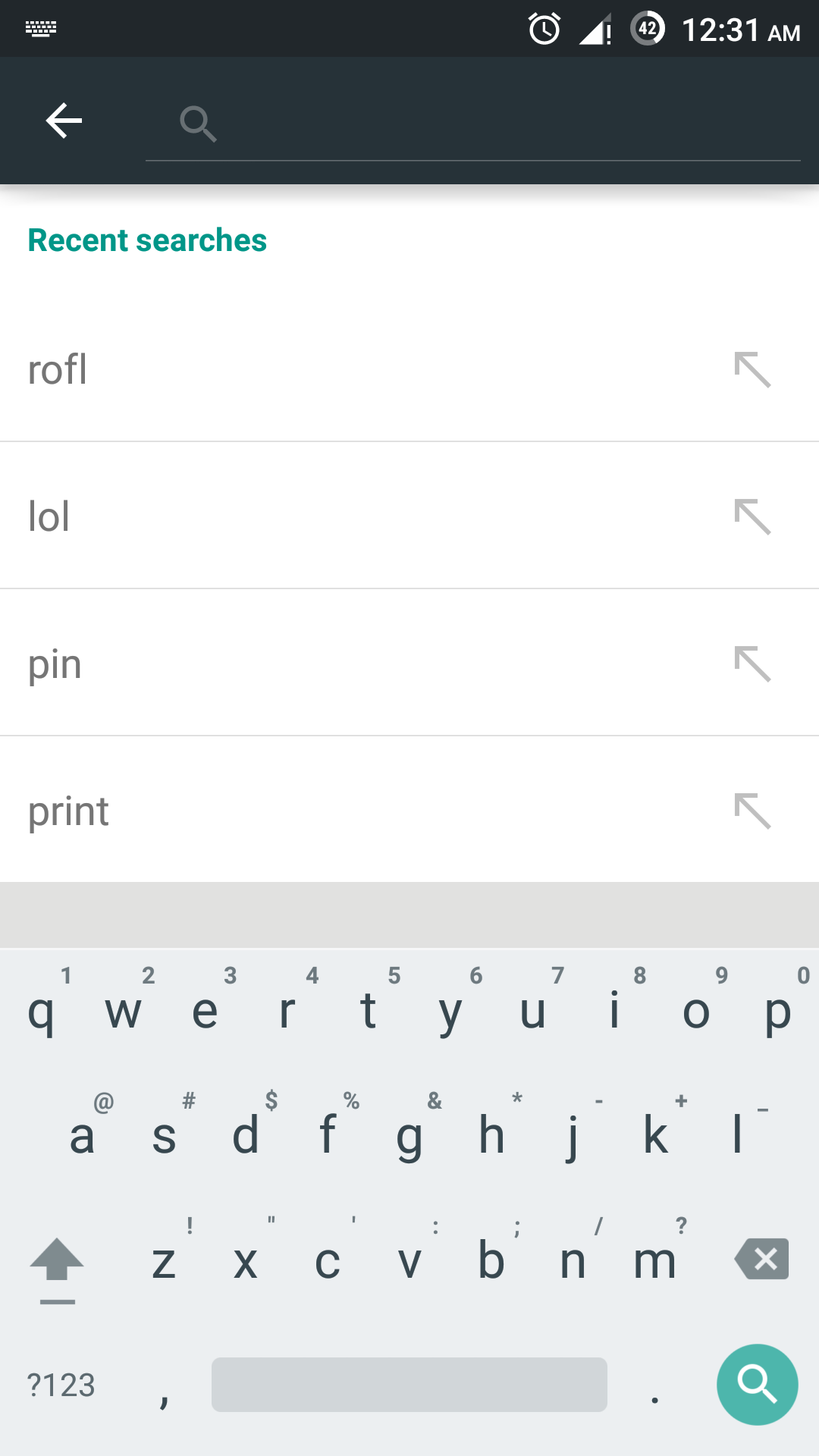 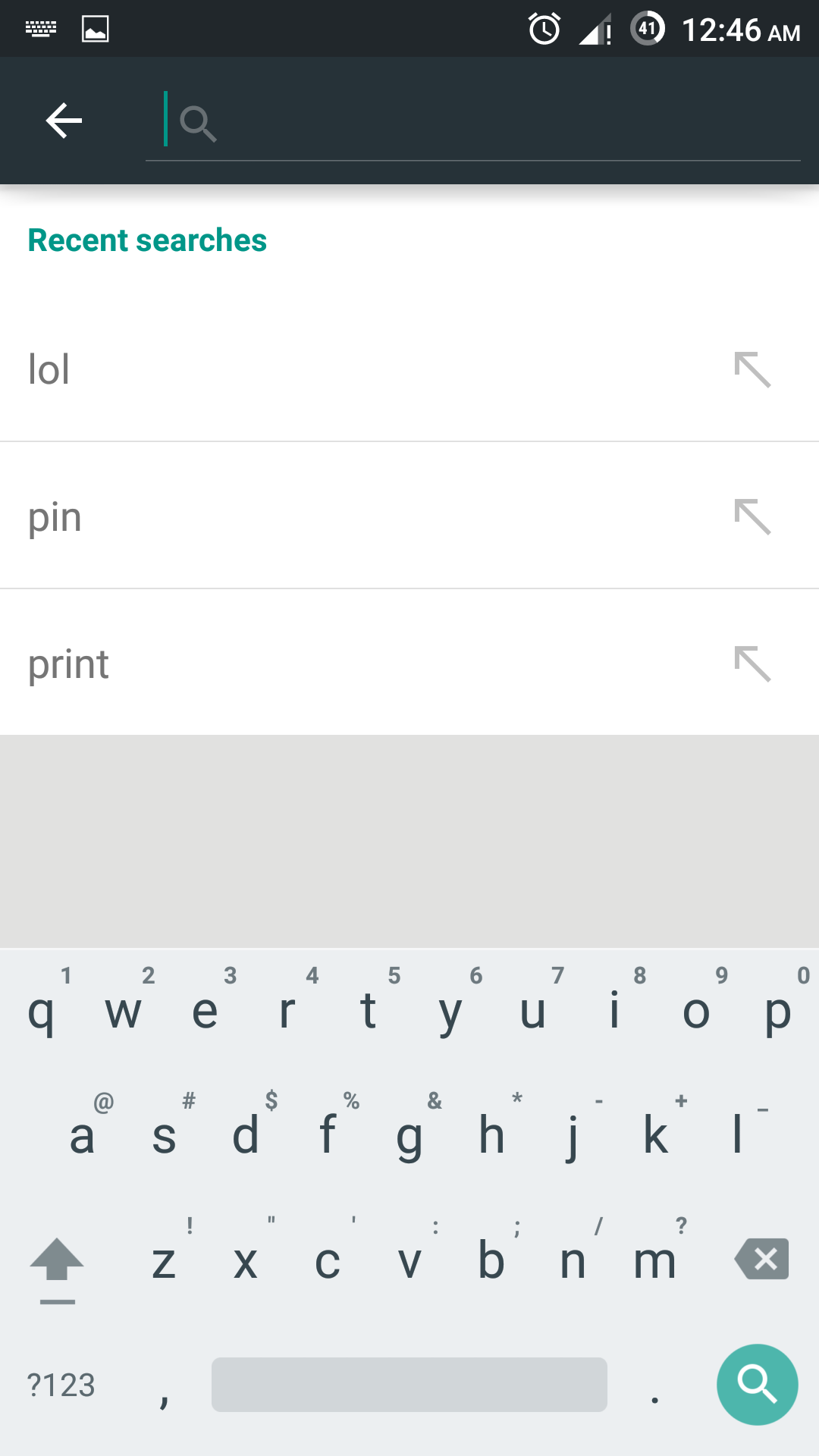 No salvation other than doing Settings → Apps → All → Settings → Force Stop → Clear data, as suggested in other answers. (Don't bother about this step because your custom settings are saved in Settings Storage app (com.android.providers.settings)). You can't access the data directory of Settings app since you don't meet the privileges to access it.

Furthermore, you can't do tinkering with backup taken using adb backup either as android:allowBackup="false" is declared in Manifest file of Settings, which means no backup is allowed at all. 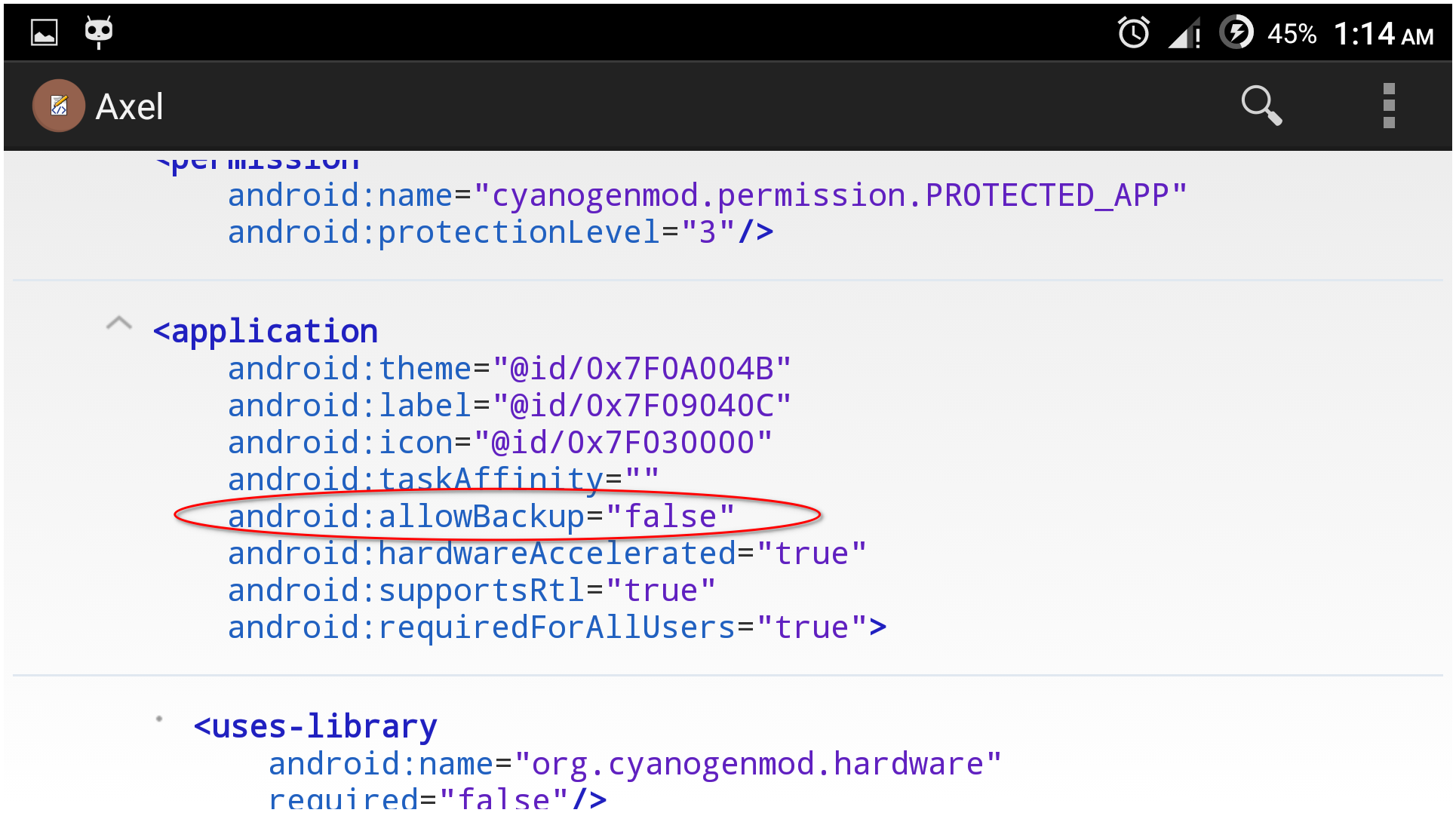 A confirmation dialog asking "Delete app data?" will open and on pressing OK the Settings app menu closes by itself and your previous searches won't be displayed.

Note: This will not change/affect your Phone Settings anyway but only clears the Setting's App Data.