Phone's battery is draining unusually fast even when not in use

Basically, the battery is just draining without any obviously strenuous activity. Previously, I would have competitions with a fellow OP1 user about who could push their battery life beyond the 3 day threshold. Now I go to work fully charged, the battery drops by 10% while I'm still on the 45min train ride to work and I return home with single digits or an empty battery.

After having a look at the battery stats I noticed this: 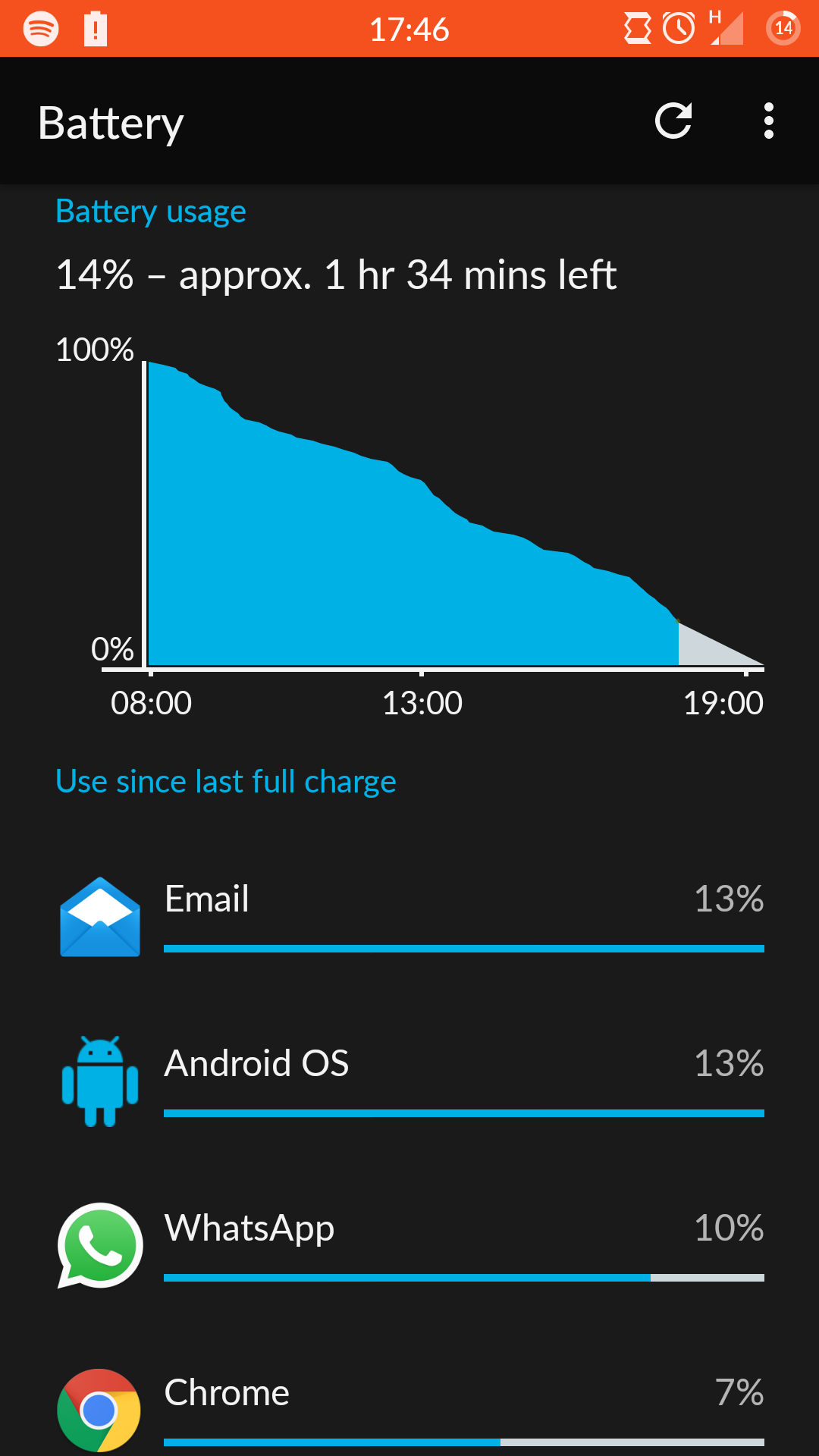 During work, I turned the screen on and off periodically to check WhatsApp and a little Fallout:Shelter (5min) on the loo but beyond that nothing happened. Screen battery usage was at 6%, so that can't be it.

Does anybody have a clue what's going on here? Because I'm straight out of ideas after checking if the Boxer Email has a recurring memory leak, restarting the phone, looking for a way to disable syncing the entire email archive in the app (who knows, might just be it) or testing if it is caused by push synchronisation...

Browse other questions tagged battery charging task-management oneplus-one or ask your own question.

2
Spotting Cause of Excessive Battery Drain

6
Is there anything that can show exactly what has awaken my phone?
22
How can I find out what causes “Android OS” to consume battery?
3
my samsung galaxy 2 battery is draining to fast!
2
Android power Usage - How to monitor
5
Battery indicator increase when not charging
7
Do modern Android devices regulate AC mains power similar to a laptop?
1
NFC battery draining through constant use
1
battery draining when developing