This question follows up on Boot loop after flashing Android 6.0 Marshmallow on my Nexus 5 (but there are many other posts about this topic on the web, see this Reddit post and this XDA Developers post).

Like everyone else, I simply followed the official instructions from Google developers. To expand a bit (because this could be the cause of the problem), following this part of the instruction from the above link:

So I simply downloaded the entire Android Studio application (I know that's a bit of overkill but I just wanted to make sure I got the latest and greatest).

From the below Android Studio screenshot, you can see that I have Android SDK Platform-Tools 23.0.1. 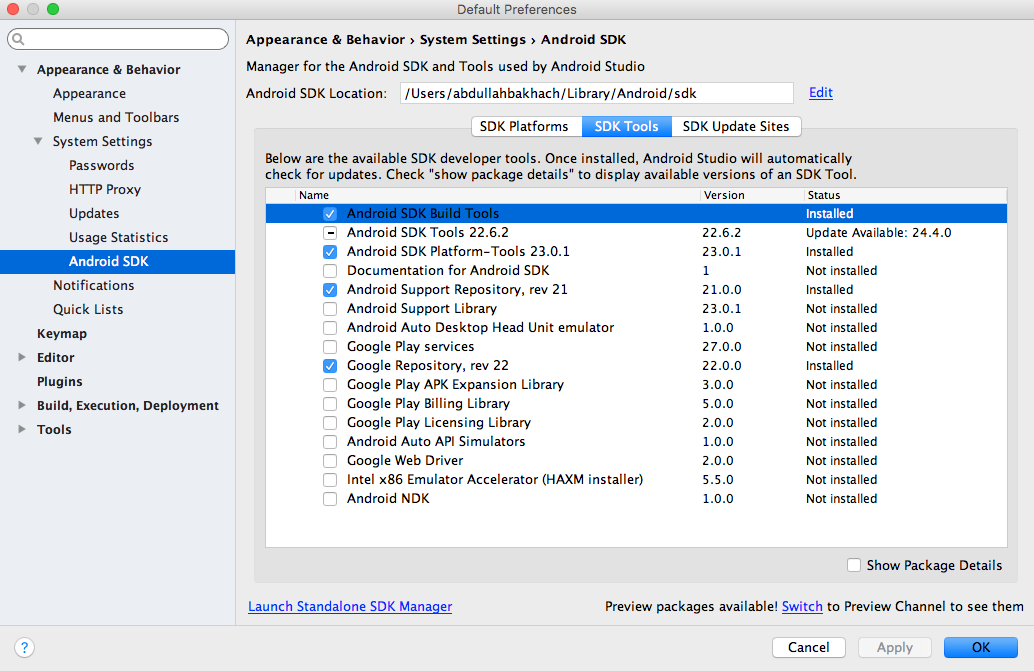 Question: I'm updating my phone from Android 5.0.x (not sure what the exact version is). Could it be that this Android version mismatches the Android platform-tools that I have?

I've downloaded the flash file (specifically the hammerhead for Android 6.0.0 (MRA58K)), then I started the device in fastboot mode by the key combination, and ran the flash-all script.

What happened was that the script ran with the following logs:

Question: should I be concerned about this part?

Anyways after all is done, the phone reboots and gets stuck on the boot screen (forever).

I've also tried performing a wipe using TWRP as suggested by this post: