I have an HTC One (M8) with Cyanogenmod 12 (12-20150625-snapshot-yng4nao09n-m8) which I have been using since June. Before that I had a different version of CM on the same phone and did a full reset. Late September, high data usage by the Android OS system showed up like the bogeyman out of nowhere. I've had a 3GB plan for 2 years and have never once gone over until now where I am over by 4GB.

Verified Backup and Sync is turned off for the phone and for photos. I also cleared the cache and data for Google Backup Transport, Google Play Services, Google Play Store, and Google Services Framework, rebooted, and thought I had the problem solved, but installed My Data Manager and waited.

Every data jump has been in the same amount: 0.64GB (650-680MB). It will happen at different times of the day, on random days. This has got me tearing my hair out in frustration. I've got some rollover data built up but I can't afford too much more of this.

EDIT: Its been explained that EasyAccessServices is the pointer/gesture app built in to the OS that basically acts as the touchscreen driver. I can't tell if the data was uploaded or downloaded, but maybe the app is trying to update itself and failing. Looks like com.htc.easyaccessservice is version 2.0.831094.

EDIT2: I can Force Stop the application. When I do I still can use all the gestures I can think of in NovaLauncher and Facebook. 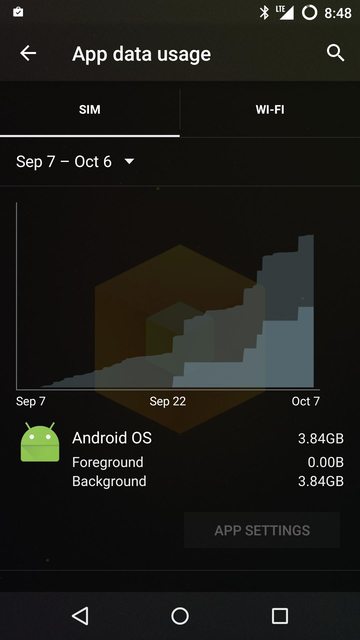 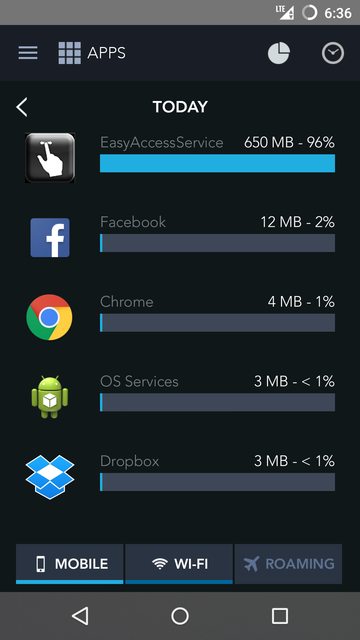 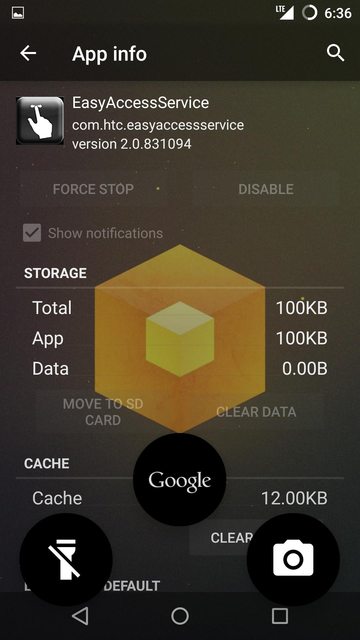 After trying everything I could think of, I did a factory reset on the phone. So far no more issues.