gMusic is hammering my device. Normal battery burn is about 4.8% per hour. Fine, I can live with that no problem. I've used GMAA since it became available but problems only for the last little while. Actually listing seems fine most of the time, battery use is a little elevated but nothing major. But then idling battery just plummets. I'll take my phone out of my pocket and it'll be on the verge of overheating while doing nothing. If I freeze gMusic then its fine, but obviously regular freezing-defrosting is a pain. 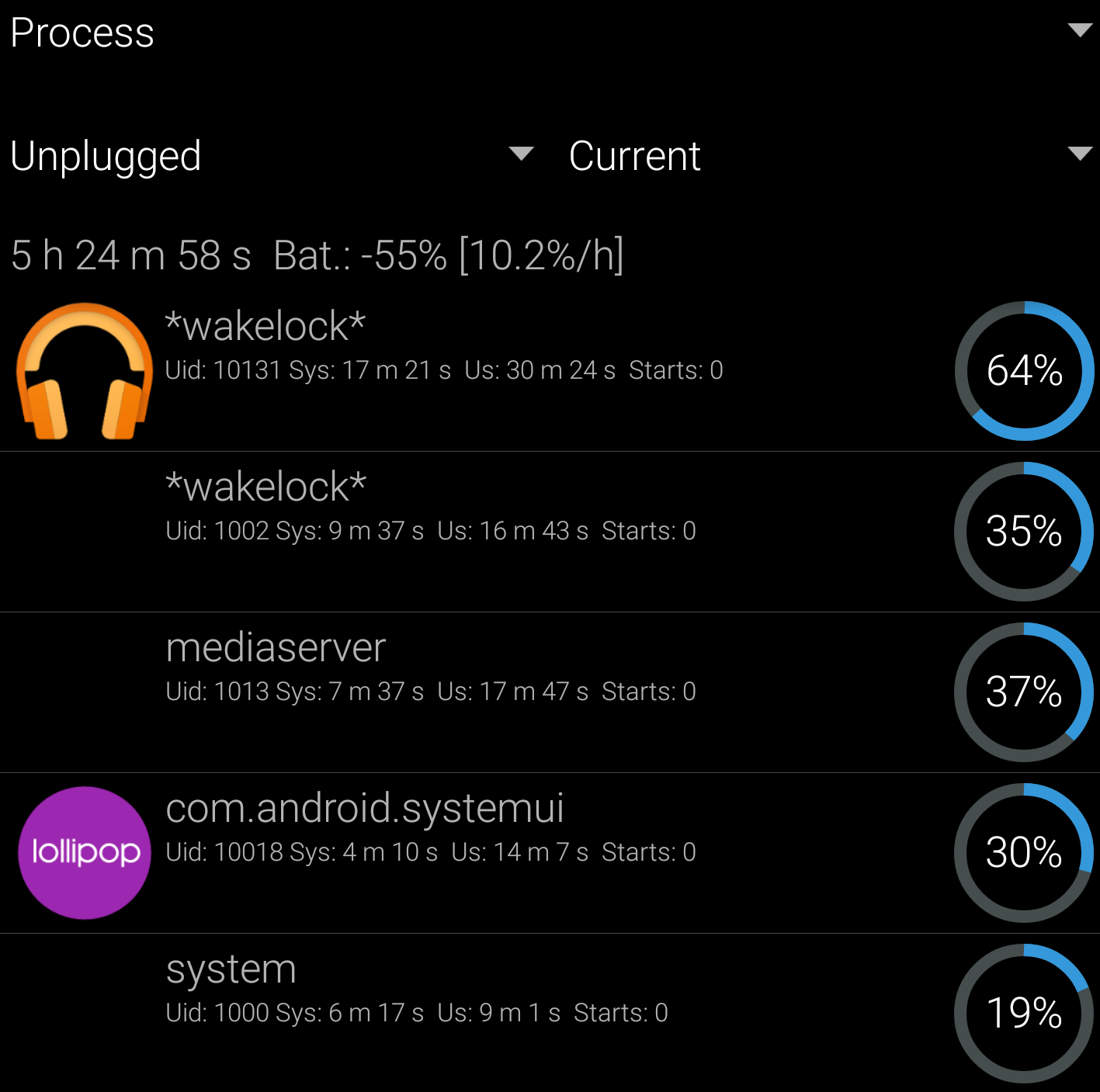 At one point BetterBattStats found it had used 1GB on LTE and 350MB on wifi over the space of 5.5hrs which is really excessive. The usage then "disappeared" from the list 10 mins later.

Any suggestions as to how to resolve it? Interestingly the gMusic chrome plugin has a bug at the minute that causes excessive CPU usage and with the plugin removed you get major memory leaks. On the verge of cancelling my sub now.

UPDATE: Regarding answer below, blocking wakelocks resolved it, blocked loads without and behaviour issues. 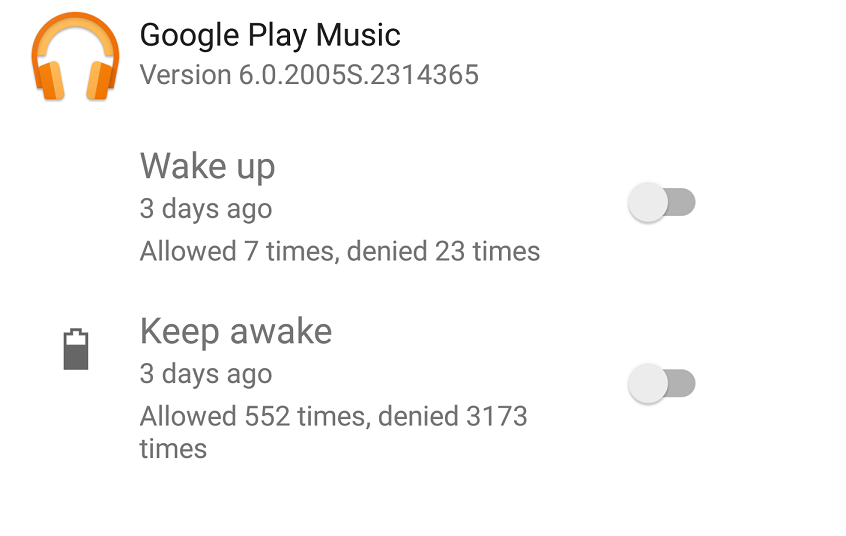 Are you currently using Android Lollipop?

If yes then go to Privacy guard in Settings and revoke all permissions of Google Play Music.

Not the answer you're looking for? Browse other questions tagged battery google music or ask your own question.