How do I disable all emoticons on incoming/outgoing text messages?

I just received a couple of text messages from a friend.

The first message read "Type in this expression exactly, or the script will not work."

I have noticed that my outgoing texts have the same problem.

I have searched the internet for solutions, but there is conflicting information about whether or not the emoticons are sent over the internet as text or as images. See

Furthermore, none of the proposed solutions on the internet have worked for me.

How do I disable all emoticons on incoming text messages?

How do I disable all emoticons on outgoing text messages?

You can install a 3rd party SMS app called Handcent Next SMS which provides the option to disable emoticons on all (incoming/outgoing) sms. 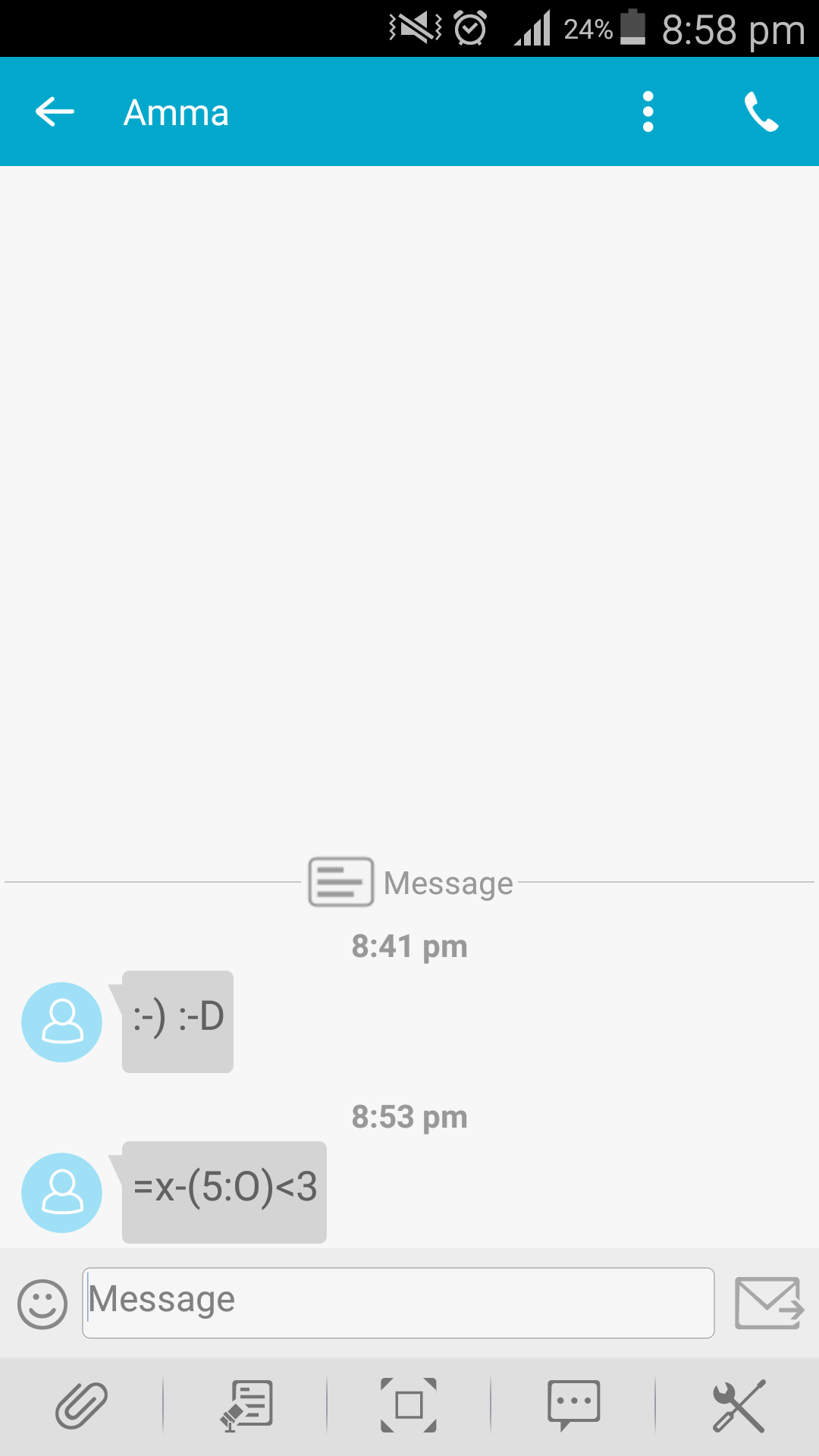 Alternatively if you're on rooted android, you can recompile your Samsung Stock-Messages app (SecMmsCandy.apk) by deleting all the supporting pre-defined resource files and install back the modded version onto the phone although I'm not sure if it's such a good idea and most probably won't work, too. But if you're feeling adventurous here's the path
/system/priv-app/SecMms_Candy/SecMms_Candy.apk

8
Why do my Android text messages (SMS) take minutes to send?
6
Samsung Galaxy S: phone won't send or receive calls and text messages
0
How do I plug in an emoticon into my keyboard
0
My moto 4G play treats incoming messages as if they are group messages
0
Prevent Samsung's stock Messaging app from converting textual emoticon to emoji
0
How to fix emojis showing gibberish on incoming SMS messages Google Fi service