Determine which app is drawing on top of other apps?

Is there a way to determine which application is drawing on top of other applications?

For example, Facebook Messenger app can draw the chat bubbles on top of everything, but how do I know which app is doing this?

I have an app which is drawing ads on top of everything and I wanna know which app is doing this. Not just to uninstall it, but to warn everyone that uses this app. (I didn't install any application recently and I already verified the recent updates.)

I tried to use the Dump View Hierarchy for UI Automator from the Android Studio, but it seems that the applications that draw on top can't be selected this way. 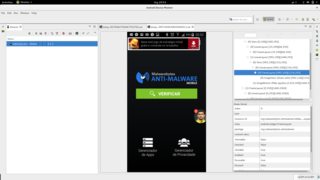 Edit: cut the chase in the earlier solution and follow this edited section only.

Setup adb and run this command:

Note down the package name(s) (henceforth as PKG) and execute this command:

The command would forcefully stop the app and thereby discard the overlay. This should work. You may alternatively strip the permission of "Draw over other apps" (screen overlay in short) from the apps using this command:

Again, replace PKG with package name as necessary. Furthermore, you may have to repeat the force-stop command for the PKG. If you decide to revert the changes, replace ignore with allow in aforesaid command.

You may alternatively use App Ops to manage the permissions from GUI.

To know which package name corresponds to which app you could try an open source app like Applications Info. Search by package name and you would get the App's name.

You really need not to read anymore now. I'm leaving the earlier solution (i.e. following section) intact because 21 people who voted it did find that helpful and I don't want to mess up anymore.

A simple way would be to find out all the apps having the permission "draw over other apps" and then single out them from the ones currently active on the screen. Afterwards, engage in force-stopping those common apps until you pin-point the app responsible for the active overlay.

Enumerate apps having permission for overlay

The permission required by an app to create an overlay is android.permission.SYSTEM_ALERT_WINDOW (draw over other apps).

We need to find out all the installed apps having the said permission. It is up to you to find out a method for this. My answer here may aid you.

Note that we need the apps' package names and not their labels.

This would give you details on whatsoever causing something to be displayed on the screen, including the component name of an app causing it.

How you would extract the name is up to you. You may try this command however

If you receive the error: 'grep' is not recognized as an internal or external command, on Windows try this alternative command:

In the above output, anything succeeding u0 and preceding / is the package name of an app. An app can have multiple components displaying something on the screen.

You've to create a list of those package names. If you have BusyBox installed, you can do

Anyhow, now you would be having two lists:

Compare these two lists and single out apps which are common in both the lists. This third list would constitute of apps having the permission to draw overlay and are currently drawing an active overlay on screen.

Kill each of the apps from the third list one by one and notice the state of overlay. You can use am force-stop PACKAGE_NAME --user 0 or any other method that suits you. PACKAGE_NAME is the package name of the app.

EDIT: It is not necessary to kill an app. You can consider denying the app the permission to draw over other apps. Use this command:

To revert the changes, replace deny with allow in the said command and execute it.

If you're running Android Marshmallow, this answer by Andrew T. can be used.

Note: The aforesaid command is successfully tested on Android 5.1.1 and 6.0.1 (CM builds). It is also possible that the command works on Android 5.0.x but I can't guarantee. Execution of that command on Android version released prior to Lollipop would cause failure.

Since often the overlay is perceivable, it would instantly disappear the moment the app causing it is killed, hence, you would know which app was causing that overlay.

Originally suggested by Izzy, you can use an app which has the functionality of listing permissions granted to installed apps, to single out the apps having the permission "draw over other apps". You can either search such an app on your own or use the the list Permission checker maintained by Izzy on his website.

You would also need a process/app manager to force-stop/kill some processes. I recommend OS Monitor but you're at liberty to use any competent app. See related apps under System Info.

For demonstration purposes only

I tried Advanced Permission Manager to list apps with permission to "draw over other apps". Afterwards, I switched to OS Monitor to see the apps running in foreground and background. I matched the output from both the apps and individually force-stopped the apps common in both. You can kill a process from inside the OS Monitor, so no need to switch to App settings. 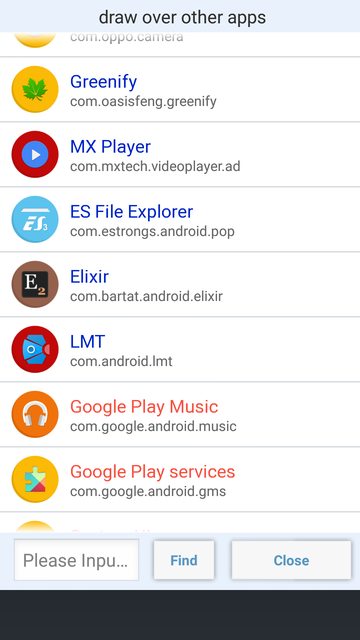 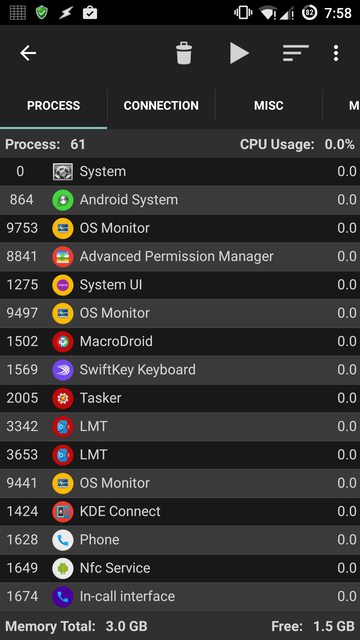 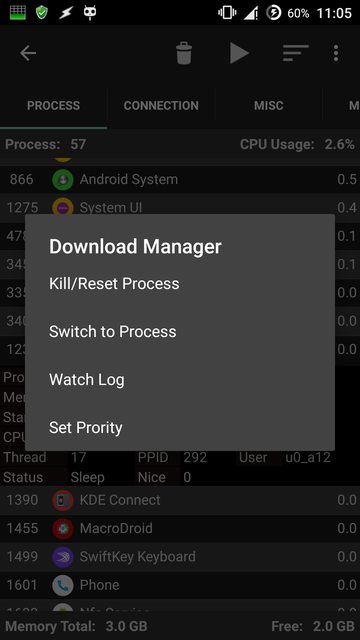 If you're using Android 6.0 Marshmallow, you can use its native permissions manager.

From an article on BGR,

Android 6.0 Marshmallow has a lot of highly anticipated new features and one of them is something iPhone users have had for years: Granular app permissions. Phone Arena installed the latest developer preview of Marshmallow and posted some terrific tips to help Android users make sure they’re only sharing data with apps that they specifically want to share.

You can also enable/disable the feature temporarily by tapping the app, and toggle the "Permit drawing over other apps". 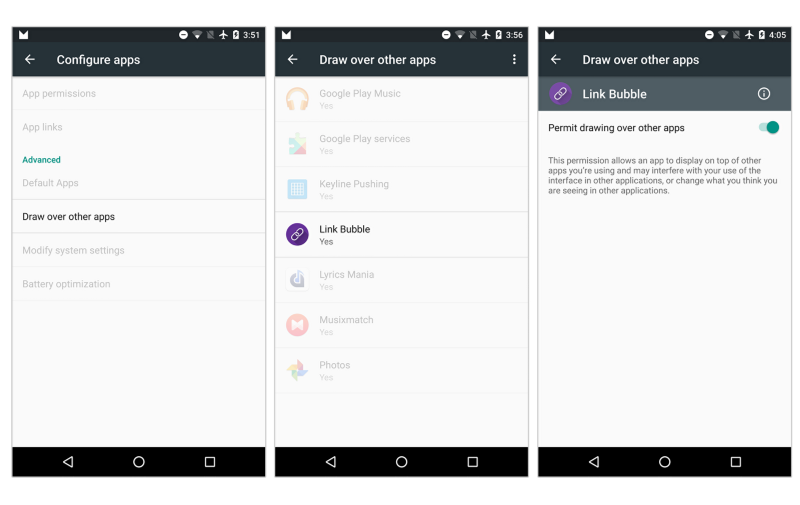 Thanks a bunch @Firelord ! I have finally found the app which has been preventing me from installing apk's and performing adb backups.

For me I found it was an app called Battery Mix Read on to see what I did and how I did it.

Many people have had issues with Installing apk's and not being able to press 'Install'. All answers I could find were mainly down to display dimming,tinting,power-saving apps. As I didn't use any or had removed all similar apps I had been struggling to find what was going on and which app was the culprit. And finally! After one simple command and a quick search, it has been solved :D

The offending app Battery Mix is a simple battery monitoring app which had the function I used to displayed a thin line across the top of the screen to show the state of the battery level (a great little app).

So to diagnose, I used a command from Firelord (above) to dump a text file and then to search for the app which was causing the android system to prevent me form clicking that Install button.

To find any offending applications I searched for the above string

Which gave me the line:

(See image upload for the section of text file)

immediately I could recognise which app it was referring to: jp.smapho.battery_mix

So now I know to kill that app whenever I plan to sideload or befor adb backups.

0
Annoying overlay add
0
Screen Overlay Permissions
-1
What application is "using my screen" with some kind of overlay?
115
View app's full package name?
141
Why can't I press the Install button when installing applications from unknown sources?
63
What is this lock screen with ads and how do I remove it?
53
"Screen overlay detected" dialog?
9
How do I install missing command line tools onto an Android device?
5
How can I find which apps/packages reference a given permission using command line?
3
How to turn off the "Screen Overlay" setting?
See more linked questions

4
Overlay a semi-transparent image on top of the Camera app
0
Annoying adverts showing on top of other apps
0
How to find out which app is providing adverts (without reverting to process of elimination)
0
Find out which one of my installed app open spam links
1
Why am I getting shopping trolley notifications about local store savings?