It all started about three months ago when my HTC One (M8)'s USB charging port died. At first the port would sometimes not work, you just have to move the cable around a bit for it to charge, then you had to hold the cable down to make it keep charging, and finally device wouldn't charge at all.

The same exact thing happened to my HTC Vivid. When I got the Vivid fixed, the technician said it was water damage.

Anyway, after the local phone repair shop successfully installed the new USB port on my One phone, failing on the first try as it was still in the same condition, everything was fine. For a few weeks. Then the phone started shutting down as if it had no battery left, at 20%. I immediately plugged it into a charger, turned it back on, and the phone read 1%.

Here's a screen shot of what is going on. 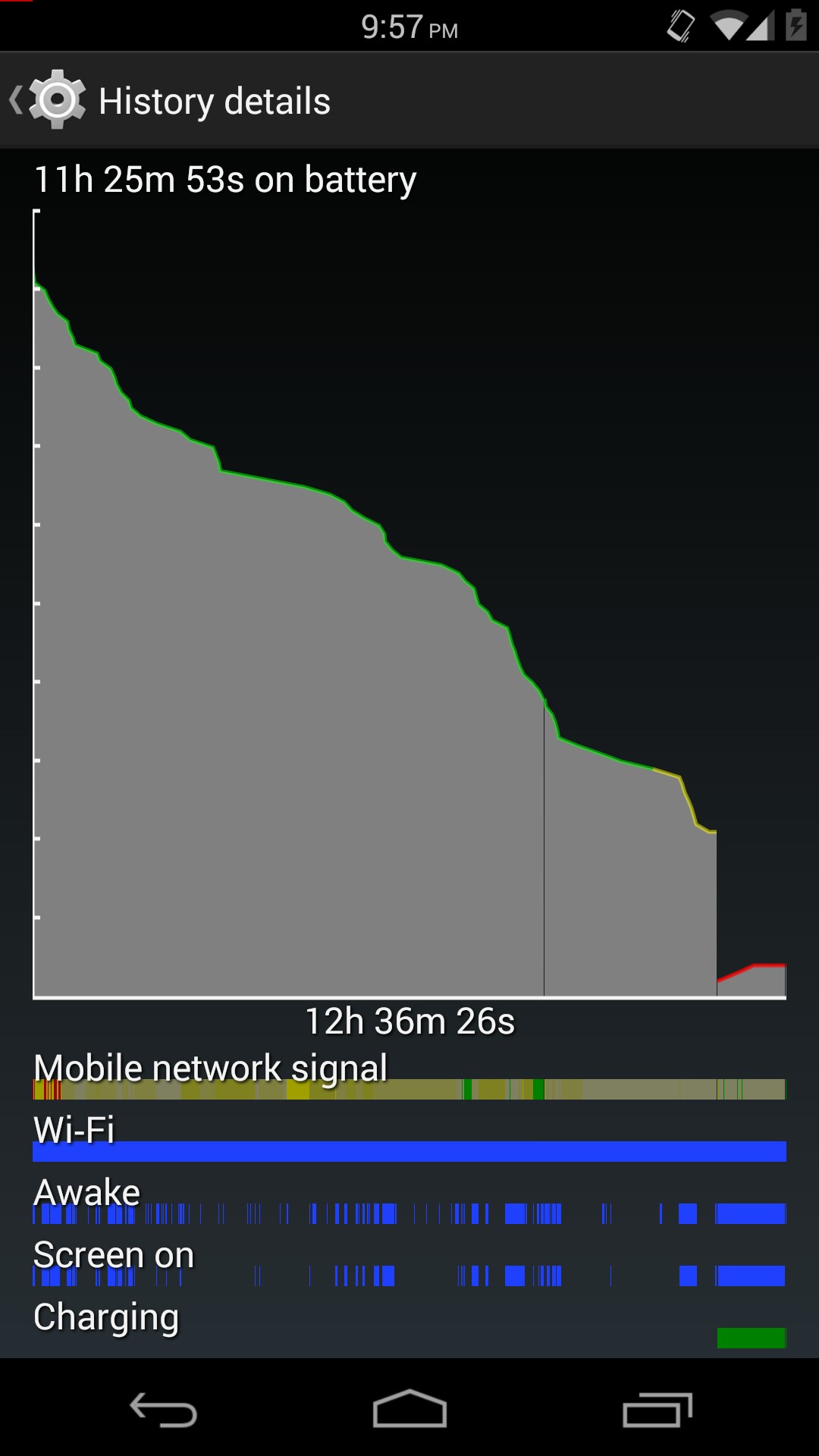 Under device settings, it says that the battery condition is good.

So I'm just wondering why my phone may be doing this, and what do you think the best option is to fix this.

I tried recalibrating the battery, clearing the cache, and installing a new ROM. None of the above worked.

There could be three reasons to this (not in any order) :

I would recommend step 2 first and then if possible borrow a battery to check if it is a case of battery end of life.

Actually, after hours of scouring the forums, I finally contacted HTC via chat. Right away, they said to power off the device. Then hold the volume down, volume up, and power buttons all at once for...3 mintes??

Yep. You hold all three physical buttons for a full 3 minutes. He said this resets the battery logic, and how the battery talks to the software to let it know how much power it has based on the voltage. The phone started up, then shut back down. Powered up, then shut back down again for the whole 3 minutes, then I let go. It started turning on and when it finished, the battery read out 19%. Woah, before I did this, I was at 54%! Was my phone really that inaccurate the whole time? Probably. I'm charging the phone back up right now, so hopefully this fixes the problem!

I had the battery problem with my phone - shutting off at 20% and some settings resetting after charging and turning it back. Nothing helped except factory reset. The reason for such behavior seem to be HTC Service Pack (not 100% sure though). Make sure not to install it after reset or uninstalling the update might also help.

In case more people are having this issue but are unable to get the battery working properly, I developed a workaround that shows a low battery warning at any given battery percentage.

Here is the link for the interested: Custom Low Battery Warning

Not the answer you're looking for? Browse other questions tagged battery htc-one or ask your own question.

9
Is there a quick-fix for the Galaxy Nexus when it signals "charging" without beeing connected via USB?
3
my samsung galaxy 2 battery is draining to fast!
1
Samsung Galaxy Nexus doesn't detect charger
0
15 Min my battery goes to 97% to 17%
2
How to measure the charge left in a dying battery?
4
How can I tell if I need to replace my battery?
0
Battery slowly charging on Tab S