I have a fairly common issue: a screen damaged android phone. These devices are highly vulnerable to broken screens (this particular phone, the samsung galaxy note 3, had 2 replacement screens before this one) I refuse to purchase another to simply get my data.

As I read about it I am disgusted at the attitude of the data thieves at google: (I make no bones about it, it is laughable to call it "security" - it is simply deliberate data theft in the guise of obscurity - and I know this because I write systems that do much more security for far less damage)

But forget the disgust, for the purposes of this question just ignore it, just don't try to defend it, or censor that I wrote it. I know what I am talking about.

As I say, I am a developer on Android so I already had adb installed on my pc and already had usb debugging enabled:

First I tried this: 1) Since my Google Account was set up on the phone I went to Google "remote locking" service http:www.android.com devicemanager only to discover that while this service LOCKS phones it does not UNLOCK them (...?) (x ANDROID FAIL)

Secondly I tried to : 2) use adb to adb shell rm /data/system/gesture.key but it is permission denied (x ANDROID FAIL)

Thirdly I tried to root the phone so I could use adb: 3) However even though I have now rooted the phone, I rooted it with the lock screen locked, so I cannot get the initial gesture unlock, to work to "confirm click" the root: (x ANDROID FAIL) 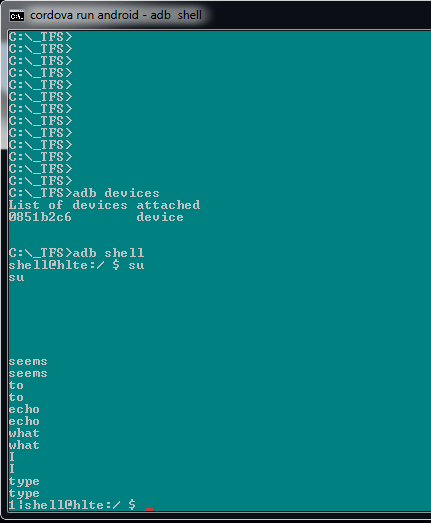 Fourthly I tried : 4) the tool "Android Control.exe" http: android-control.software.informer.com/ seems to show the most promise but it only replicates gestures in on gesture vector, i.e. if your unlock gesture changes direction (as mine does) then h will not work - i.e. more than a single direction in a swipe and you have no way in: (x ANDROID FAIL)

Fifthly I learnt : 5) I could use a VNC if I had installed the server on the phone before hand (x ANDROID FAIL)

So, my question is, while locked out of my property by a bunch of slack idiots who are paid far too much, can anyone suggest a way out other than the five ridiculous android fails tried and the with I want to wait to try:

WARNING: Follow these instructions only, if you are aware of the risks!

I am not responsible for any hard-/soft-brick! Proceed only if you know what you are doing!

READ THE ENTIRE ANSWER BEFORE FOLLOWING ANY OF THESE STEPS!!!

If you not already have a custom recovery installed:

Use ODIN to flash a third party recovery. I recommend PhilZ recovery, because you can navigate through all menus using only the buttons on your device:

First: Download ODIN, CWM recovery and PhilZ touch recovery from this XDA-thread: http://forum.xda-developers.com/galaxy-note-3/general/n900-one-guide-t3252033 (you may want to read that post, too).
You will need to install Philz with CWM, because CWM does not feature a file manager and Philz can only be flashed through another non-stock recovery.

Next: Shutdown your device and boot into the bootloader.
You may use adb reboot bootloader or the combination: Power + Home + Volume-DOWN

Install CWM (this will trigger any flash counter, KNOX warranty void bit etc., only proceed if there is a way to undo this or you will most certainly loose your warranty):

You now have CWM installed!

Do all sorts of root commands:

You should now have no screen lock, as Android is unable to find the key that is used to compare your input gesture to and will fall back to either no lock at all or swipe to unlock.

I can confirm that this guide is working with the Galaxy S6 Edge (SM-G925F), if the proper files are used.

Not the answer you're looking for? Browse other questions tagged lock-screens screen samsung-galaxy-note-3 broken-screen or ask your own question.

3
Is there a lock-screen that can unlock without swiping across screen
4
Disabling Pattern Unlock when Power Button Pressed
1
how to unlock screen of samsung s6
2
Busted Verizon Galaxy Note 5 screen, trying to use adb to unlock
1
Change screen unlock method (old Symbian style) on KitKat
1
Remove minimum number of points from pattern unlock
0
Can't unlock screen after changing password