I have a Moto E (2015) and I have a hotspot plan that I let my family use. The Moto E has stock Tethering support. However, there are some limitations.

The hotspot would not turn off automatically. This could potentially create two serious problems. One is that the tethered devices continue to tether even when they are at a place with free Wi-Fi. The other issue is that I could forget that my Wi-Fi was used for hotspot and ended up using my Mobile Data when free Wi-Fi is available.

The best I could come up with is manually setup a reminder every time I turn on Hotspot but it is rather cumbersome and it requires me to manually turn hotspot off. I searched around for this topic but I don't see any solution. Would like to hear some better ideas.

There are many automation apps that can help here.

It is a free/paid app. Free version would suffice for the goal however.

The macro would be:

This method, due to some technical limitations, may not work on every Android version, though I had success with both Android 4.2.1 and 5.0.2

It is a free app with in-app purchases. No purchases are required to achieve the goal however.

You would need to create a flowchart like this 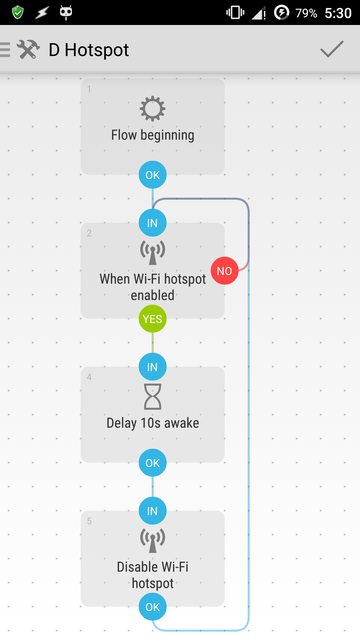 The hotspot blocks can be found under Connectivity section and Delay is under Data & Time. Set the Delay to the timer you need.

Once the flowchart has been created, make sure to install the permission it needs 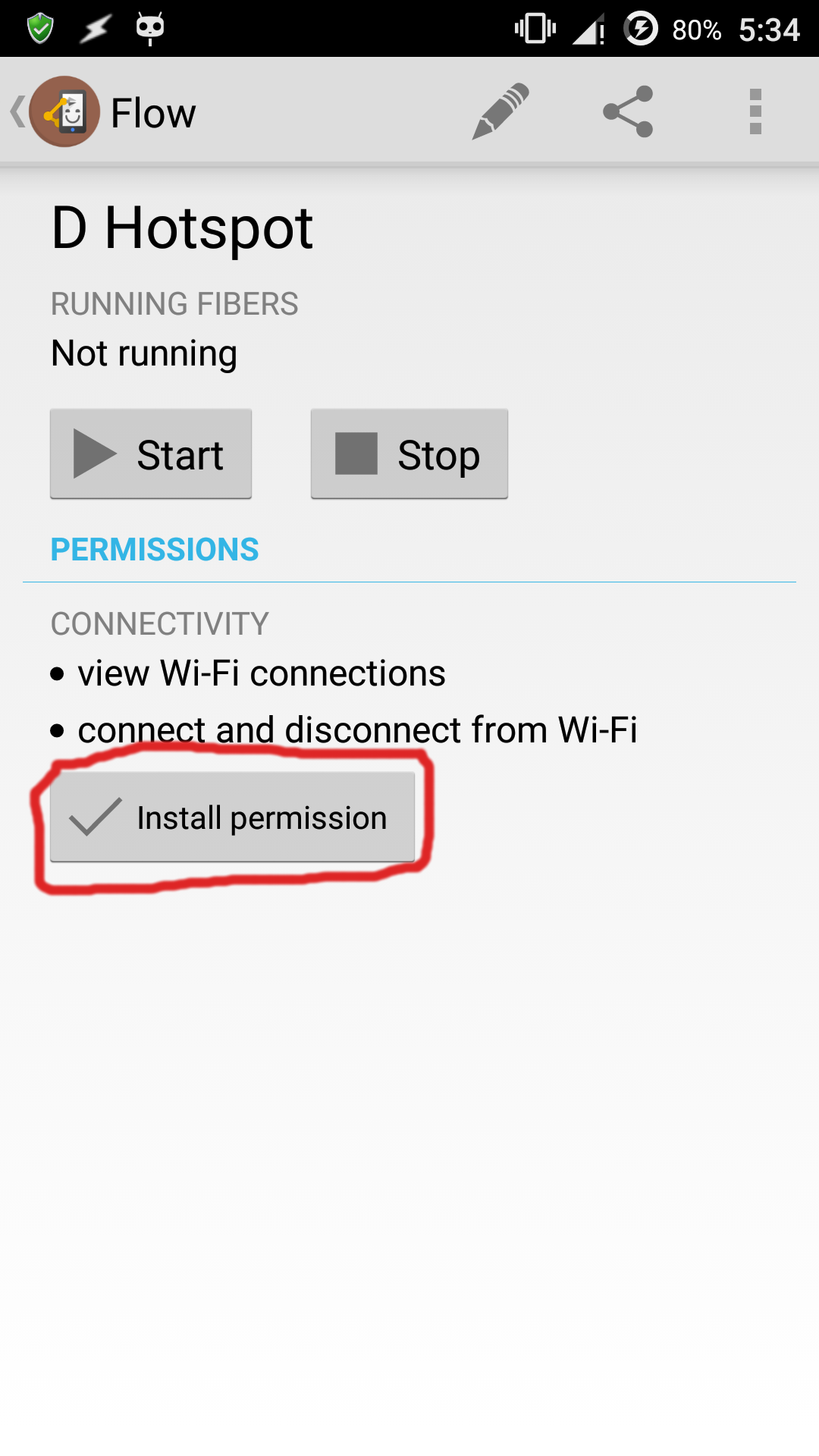 Start the fiber and there you go.

In continuation of my former answer, some other useful automation apps are:

Alike Automate, it uses the concept of flowchart. You would have to create a flowchart like this 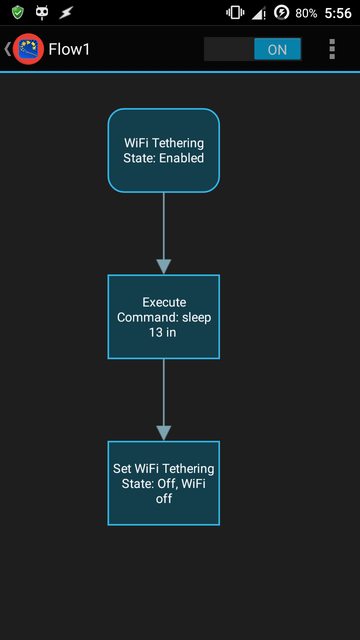 The block with rounded edges represents a trigger, the rest are for actions. The app would introduce your with its know-how, so you would know where to look for to create that chart.

Note that Execute Command is executing the command sleep N. Replace N with the number of seconds your timer would have, such as 360 for 6 minutes.

It is a paid app with 7 day free trial.

The information about the intent and variable wifi_state came from this reddit thread by TremendoSlap. Anyhow, if you monitor the output of logcat when hotspot gets activated, you would know that the said intent is broadcasted with initial tethering state denoted by 12 to final state 13.

It is a free/paid app. Free app would be enough for our goal.

Create a profile with following entries:

Everything works fine except that sleep duration cannot be beyond 10 seconds in a task. The simplest workaround is to add multiple tasks with sleep action. It may become impractical to add multiple of such tasks. Hence, you may consider Tasker here.

Under Various there is an option to execute Tasker's task. The Tasker's task would be to wait for N seconds/minutes and turn off Hotspot.

Not the answer you're looking for? Browse other questions tagged wifi-hotspot motorola-moto-e or ask your own question.