Phone response slow, responds 2 - 10 seconds after touching screen or not at all, random lock ups, and power downs

I have a non-rooted T-Mobile G2x by LG running Android 2.3.3. I have had it about two weeks and have noticed several problems.

Randomly shuts down. I go to use my phone and it doesn't come on, I press the power button and nothing happens, unless I long press which makes the phone boot. This has happened 3 or 4 times. The battery has a good state of charge, it's happened just sitting on my desk as well as when I wear it on my belt. It's also done this in the middle of a voice call.

Runs slow. I turn on the phone, the screen comes on, I swipe my unlock pattern, nothing happens for 2 - 10 seconds, then it shows me the pattern and unlocks the phone. It takes several attempts to unlock the phone because it doesn't always see the whole pattern. I swipe correctly the phone just doesn't pick it up.

The phone has locked up a couple of times, the screen is blank, playing with the power button does nothing. The only way I have been able to get the phone to come up is to remove and reinstall the battery.

The only thing I have noticed when it runs slow is I seem to be running out of ram. Less than 10%. If I kill the apps, it runs fast again, until the ram is gone which only takes 2 - 3 minutes before all of the apps using RAM have restarted.

Should I take the phone back to T-mobile and exchange it? If so any tips? I can just imagine the bureaucracy that I will have to deal with to get this accomplished.

Read an article at this location http://www.anandtech.com/show/4502/tmobile-g2x-review-gingerbread-infused/9

Seems to be a software problem.

Stick some dental floss (I used Oral-B Glide floss) in the side opposite the battery connectors. I used that floss because it's a bit spongy when you bunch it up but at the same time hard. Used about 1.5 feet of it bundled up in my Nexus S phone. 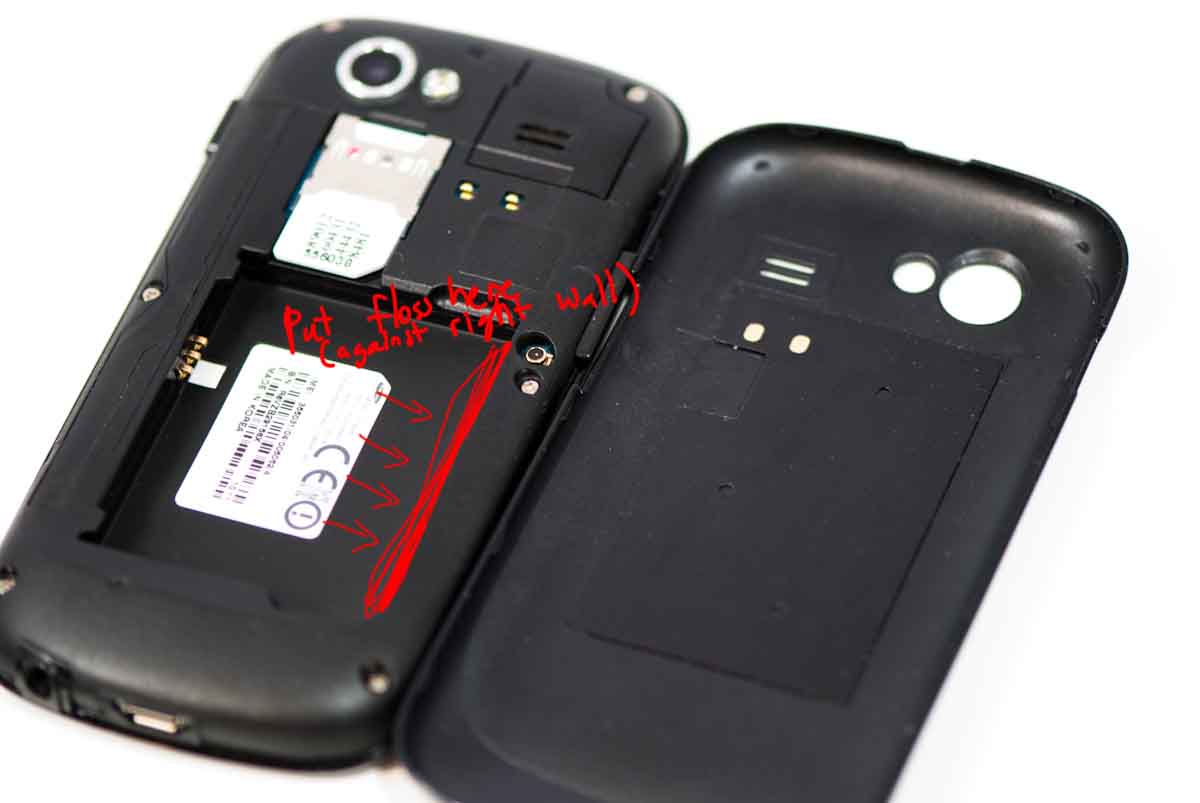 When you push the battery in, make sure it is tight, but not too tight.

This will force the battery to remain contacted at the pins. When the battery is loose and can disconnect from the pins (for even a fraction of a second), you get an open circuit and the phone shuts off completely (no power).

Not the answer you're looking for? Browse other questions tagged 2.3-gingerbread crashes t-mobile t-mobile-g2x or ask your own question.