Is it possible to have different keyboard for different apps, say I want to have Emoji Keyboard for facebook and twitter but Google Indic keyboard for my whatsapp is this possible.

You can use tasker with the Secure Settings plugin:

If you just want to use 2 different keyboards, create such a profile for the keyboard you use with "fewer apps". In the condition, chose all the apps that should use that keyboard. You might need to add an "exit task" reverting back to your "default input method".

For more than 2 keyboards, create one profile per "special keyboard" the same way.

DEFAULT_INPUT_METHOD is a secure setting (it manages the input method (IME), keyboard in short) and any modification in its value requires the permission WRITE_SECURE_SETTINGS. However, that permission is not for use by third-party applications and no currently installed system app at the moment can do what you want.

It makes sense why third-party apps shouldn't be allowed to switch IME because otherwise, such permission would open plethora of opportunities for keylogger malware. Given the constraints, the only thing to do is root the device.

Once you root the device, you can follow Izzy's solution. I recommend Automate app however, since it doesn't need a third party plugin to switch IME.

The flowchart to achieve the objective would look like 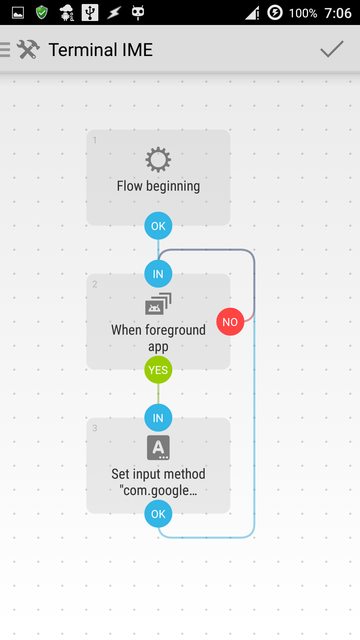 After making the flowchart, make sure to install all the permissions it needs 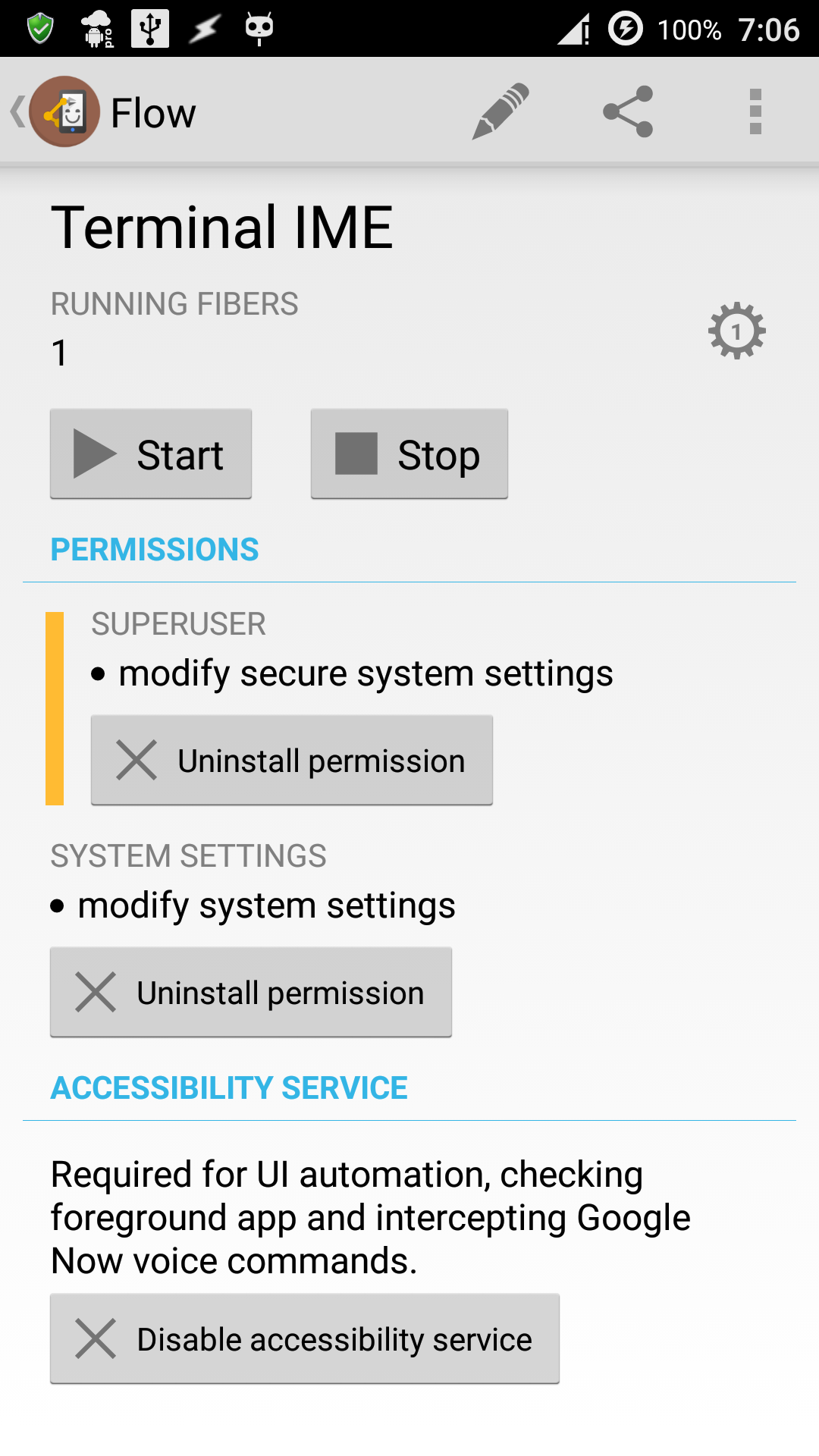 Not the answer you're looking for? Browse other questions tagged applications keyboard or ask your own question.

3
Why are “word suggestions” of keyboards not shown in some apps?
3
Can I get my old keyboard back after update?
1
How can one run an app made for a more recent version of Android on an older Android Device?
1
Facing some problem with my android mobile
1
Strange applications are being installed sometimes
0
kitkat not displaying emoji
0
How to use different keyboards in different apps without paid software?
1
How do I get return key back instead of emoji (Oreo)