There are quite a few app based rooting methods. A recent review 9 free software apps to root Android devices, points to some of them and there may be more apps, paid or otherwise.

From what I understand,

Note: I am not seeking app suggestion or recommendation.

Thanks to AndrewT who posted a link on chat, having this research paper as a refernce in one of the answers. This answer is entirely based on the this paper (May 2015) and highlights common user understandable aspects ( it has a lot of security related material for those interested)

Answer: It's all about malware vulnerability. Using Root exploits is a HUGE security risk and that over-weighs any other advantages

What is Soft Root and Hard Root?

Who are major root providers and broadly, how does it work?

What are the types of root expolits ?

The paper covers 78 exploits studied. In general , the order of impact ( from the highest to lowest) :

Number wise , exploits are as in figure below 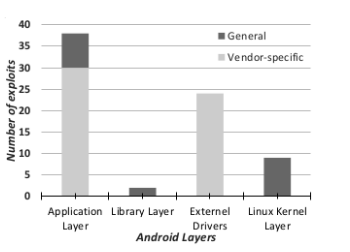 How difficult is it to lay your hands on Exploit (Source or Binary) ?

Very easy. Easily available from Google search, making it a cake walk for malware authors to leverage such exploits. Googling for 73 exploits lead to 68 of them being available - 46 with source code and 22 with binaries

How do these exploits work?

Can these exploits be detected by Anti-Virus ?

4 representative Android anti-virus products were used to test the largest provider (name not revealed) having 167 exploits. Because originally downloaded exploits from the providers database have packed the actual exploit code and employed a tamper-detection mechanism, study crafted 3 different versions for every exploit:

Simple. Stay away from Soft Root methods unless you are capable of dealing with the consequences

There are a few advantages to rooting using the official process.

As well as the convenience of a one-click method (mentioned in the question), there are some other advantages of doing it that way instead.

What Beeshyams says about security is important, but to my mind it's irrelevant to the question. It's good to point out or remind people that every "soft rooting" method is exploiting a security vulnerability, and malware could use just the same vulnerability to install rootkits on your phone. However, the vulnerability is there whether you use it or not. The security risk comes from the possibility of the rooting method. Rooting your phone by exploiting the vulnerability doesn't make it more exploitable, or worse.

If your phone can be rooted by a rooting app/exploit, then it is vulnerable to malware. This is true just the same regardless of whether you root it or what method you use. Not using the exploit (by doing a "hard root" instead, or just by not rooting) will not protect you from malware, nor will it reduce your exposure.

On request by OP, some details from chat:

Good question, but hard to answer: there are a few more things to consider.

So above might count as "contra app-based" – but if such an app already exists for the device in question, there's not much we can do about. Even if we say "it's safer the other way round", that doesn't protect us against #2. Sure, we can check that before buying a device – but who says such an app doesn't pop up the day after?

Not the answer you're looking for? Browse other questions tagged rooting security malware unrooting antivirus or ask your own question.

0
Potentially Malicious APKs
13
Why are the rooting apps not working anymore?
1
Do i need the internet to root my android device?
1
Safest way for rooting
0
What is a safe way to root a device ?

0
apps and google play cannot connect to the internet after rooting
0
Is It Safe To Root A Samsung Galaxy S5 (or other applicable Android devices) using Geohot's Towel Root Method?
4
Does Android's implementation of SELinux's MAC inhibit apps with root privileges from accessing other app's data?
1
Rooting android using kingo root
2
Root checkers tells me my phone is rooted but most root required apps warns me that the system denied to root. Why? Anyone, please explain it to me
1
Is the "Remote Application Removal Feature" also effective for apps from samsung and other alternative stores?
1
How to root a Yxtel G928? (Spreadtrum SC6820 chipset)
5
Apps offering free data or money based on using and sharing