All texts grouped under own phone number

I have android 4.4.4, using republic wireless.

For some reason, all of my texts are being grouped under my own phone number, and instead of being identified as my contacts, only the senders phone number is identified: 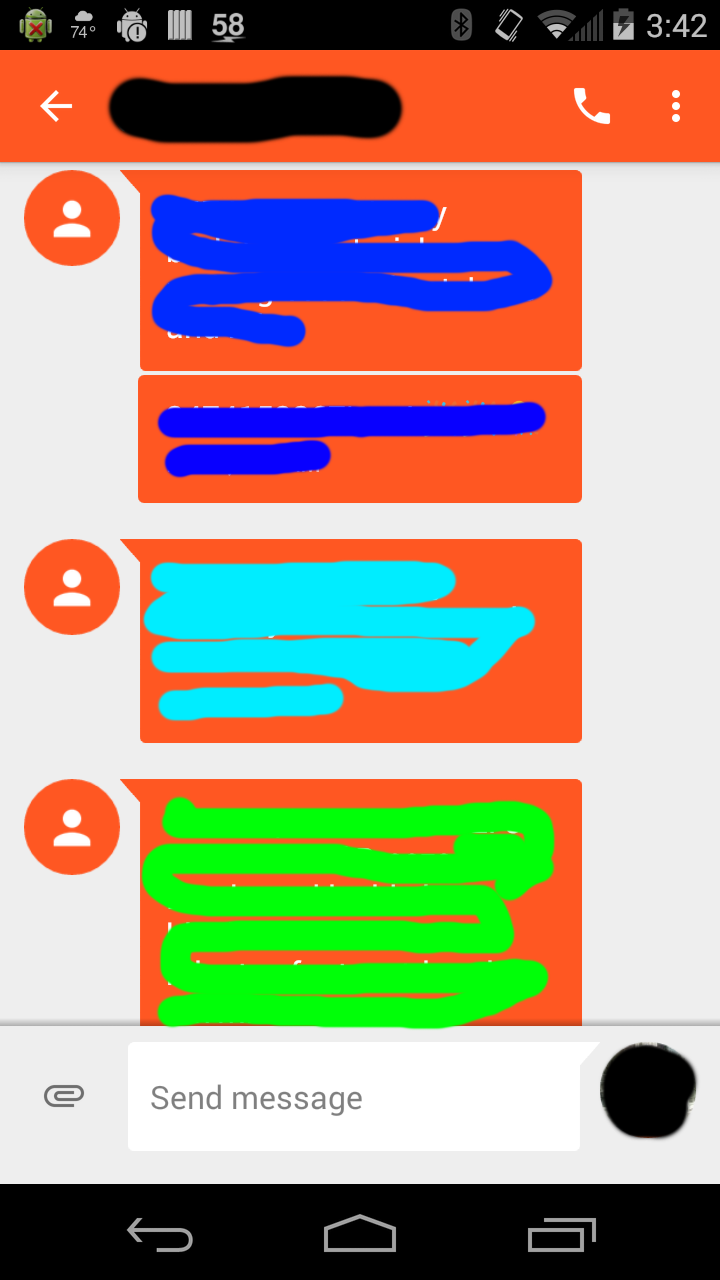 Usually each person's texts would come in under a tab with their own name, or just a phone # if they aren't a contact. Instead, all of the texts are under a tab that just shows my phone number, like they're being forwarded or something, and instead of showing the name of the person sending it just has their phone number.

I initially started having the problem when I was using hangouts as my text messaging service, although I was using it for a while that way without this problem. When it started happening, I tried downloading google's messenger app, but it is still doing the same thing.

Any idea why this is happening?

Browse other questions tagged 4.4-kitkat sms or ask your own question.

1
Empty texts are being sent periodically to specific contact?
1
How can I quickly delete ALL texts on an unrooted phone?
2
Pixel imported contacts' names not showing up at top of messages