I have searched around the net but not really finding exact problems nor solution related to mine.

So i cant install any more apps as my data storage is full while second partition is almost empty.

I have actually tried to flash emmc and new android but i got the same partition sizes.

My device is BlueBerry Netcat M-28, this should be rebranded chinese Cube tablet as i know. Anyway the model is from 2014 and uses:

Mount points in the screenshot below 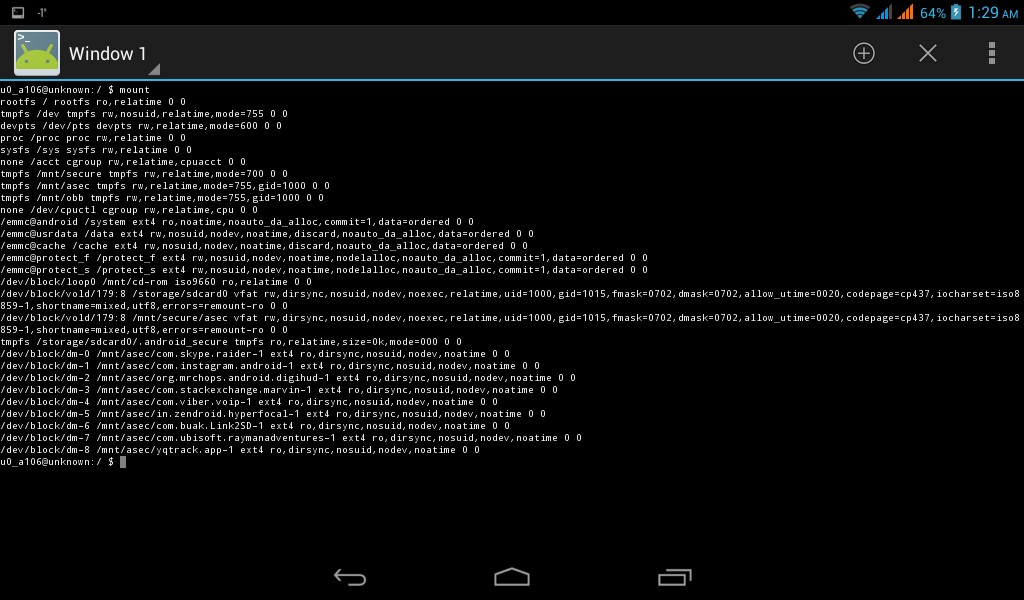 Just for the note: I don't know much about android except that it's based on linux, at least the same kernel? But i do know my way around the linux, still android is unfamiliar to me. I had a same problem with space on my mobile phone Nokia N900 which runs on linux maemo, the phone have 32gb memory which was divided into 2gb and 26gb and 2gb was not enough. But on Nokia there was no problem, i was easily able to find flash tools, new firmware, modified kernel. It was just needed to ,modify file with hex editor and flash emmc with new settings od 8gb and 20gb partitions.

Why isn't possible something like this on tablet too?

Browse other questions tagged rom-flashing storage partitions or ask your own question.