I'm new to Android and trying to find the simplest way to run a 2 line script that deletes files from a specific directory.

I Googled the topic and created a file that I called test.sh which has 2 lines:

I copied this file to an Android device and managed to create a shortcut to this file. Now I want to execute this script whenever I click the shortcut but I'm unable to make it work!

I would appreciate any hints to get this going.

In your script you forgot # , and what is more the command to delete is not delete(as you wrote) but rm, along with at least one option:

For a single file

For a group of files @ location by extension with wildcard:

A straight up clearing of a directory:

Alternate to clear that directory of files and directories as well, with verbose to see what's being deleted

To delete the directory itself

You must have root privileges to modify anything in /system and/or /data folder.

The exception would be /data/local directory which you should be able to access/modify within as peon user.

If selinux is enforcing you will NOT be able to modify anything in /data with the exception of the previously stated exception even if su.

This with the exception of laying out the proper path to sh in your script is not really an android question.

Your normal practices in scripting on a Linux OS should mostly carry over as long as you use the correct path to sh.

If you get a permission error, denied etc., then

and again run as su

You can alternately run

You can use Script options

Has more privileges if you have a rooted phone You can choose the script via the inbuilt file manager, and can choose various options, as seen 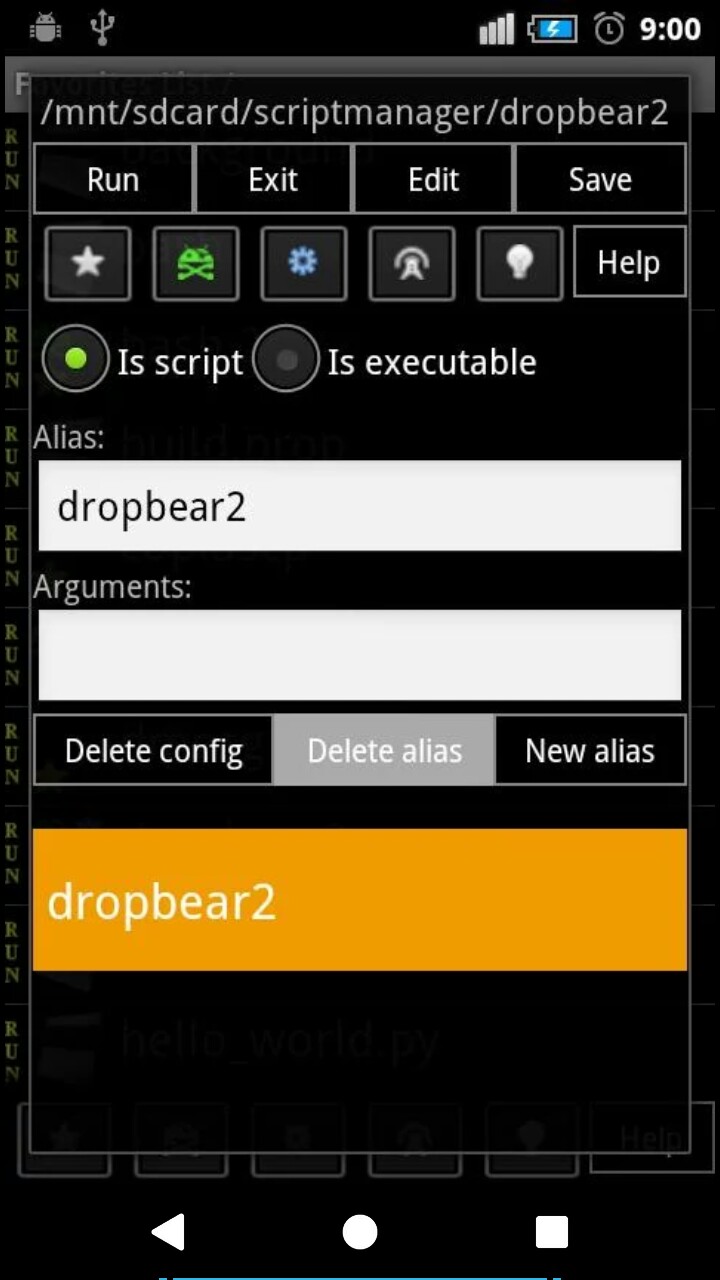 And yes there's no command as delete Use

instead as suggested above Also if you are trying to delete the data created by an app i.e inside data/data/example.app/DataToDelete

You will need to have Superuser privileges or only that particular app can delete its own data.

Not the answer you're looking for? Browse other questions tagged scripts or ask your own question.

2
is there a way to run *.sh file by just touching it in a file manager?
1
Home screen icon for terminal program?

3
Can't run any Python script on my Android phone
1
execute ussd from shell-script
1
Script to pull from directory containing spaces
0
Android TV autostart script
0
Record setting changes as script?
3
Where can I run a .sh script on Android without root?