From a youtube.com page open in Firefox, is there a straight-forward way to open the video using the YouTube app?

This may be a solution. You can make the video open in the YouTube app when you press the little Android icon in the right corner of the address bar while you're on the site! 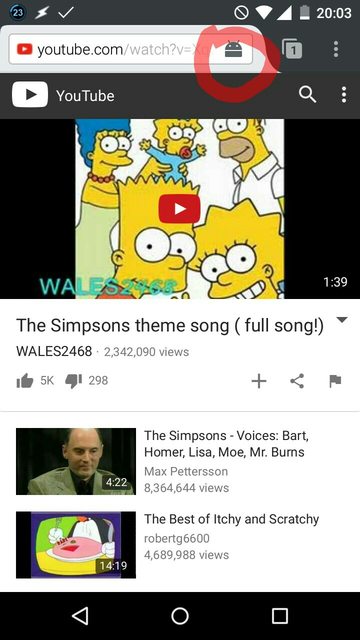 Well I have another answer. There's an extension on Firefox called Open Native App, which as the name suggests, opens things in their native apps.

From its "About this add-on"

A simple extension I created after getting frustrated with my device opening native links in Firefox rather than it's native app. Creates a menu option in your Firefox menu called "Open in Native App" which will trigger the Android intent app chooser for the link currently open.

This is confirmed working for the following:

Not the answer you're looking for? Browse other questions tagged youtube firefox .