How to edit hidden settings from Developer options?

I have a chinese tablet with very specific Android 4.4.2 ROM - it's Developer options menu has only USB debugging available, and all other settings are hidden.

The problem is that i switched off the Developer options toggle by mistake, so now all settings are back to their defaults, including the transitional animations (when changing tabs) period. 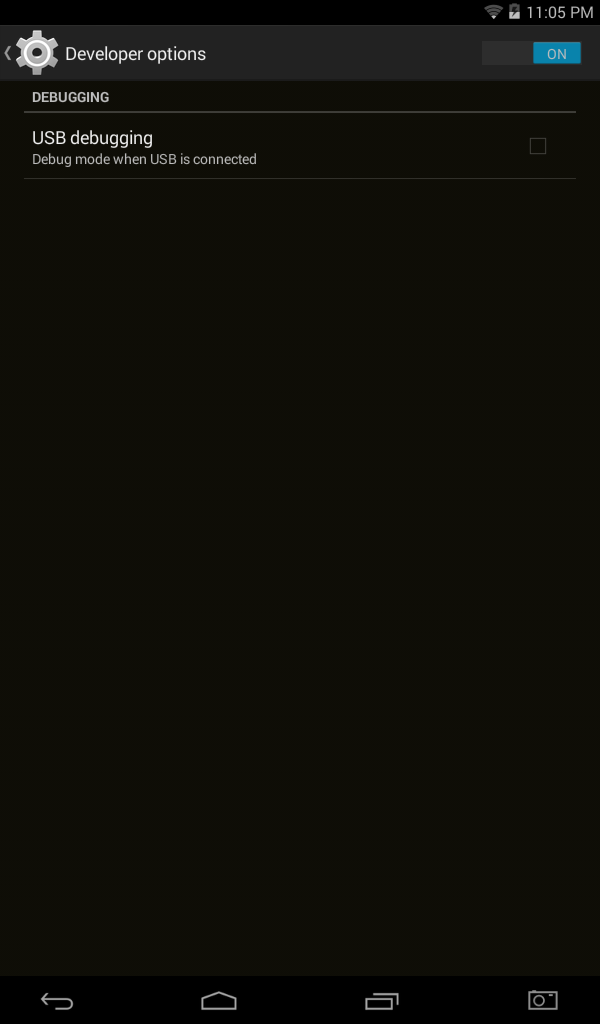 They was not active before, so it was the default behavior of the ROM.

The device is not rooted.

Is there any way to edit the hidden settings?

I'm uncertain on bringing those lost options in GUI back other than to recommend clearing data of Settings app from Settings → Apps → All apps → Settings → Clear data. Reboot and see what happens. In the event of failure, you can consider factory-reset.

That said, if you're simply concerned with changing Window/Transition animation scale and/or Animator duration scale, then you can use settings or content tool which do not require root access. You can refer to Christopher Galpin's method for an approach requiring root access.

Setup adb in PC and execute

If the first and the second command returns you a decimal and a string beginning with Row:, then you're on the right track. Now do

Not the answer you're looking for? Browse other questions tagged settings menu hidden or ask your own question.

2
Disable window animations when the menu option is missing?

85
Android browser's about:debug, what do those settings do?
2
I can't find the developer options in my tablet running Android 4.0.3
3
How to enable developer settings in android 5.1, instead of LOLLIPOP game
1
Menu button for very old apps in Android 7
2
How to install apps with adb shell and how to backup device settings and restore to an identical device?