Nexus 5 hangs after few minutes with screen off

So, recently, I've got myself a few broken Nexus 5 phones to try to repair them. One of these, however, eludes my attempts to diagnose/fix the problem.

A few minutes after i press the off button to turn the screen off, the phone ceases to react. Experimentally, I found out it was about two minutes. Before that limit, pressing the button again wakes the phone ok, everything works. After that time, the phone doesn't work anymore, and requires long button press to force restart.

It doesn't happen if the phone is connected via usb to charger/pc, no freeze whatsoever, only hangs on battery.

I've limited the scope of the problem to the mainboard - after transplanting it to different phone, same thing happens.

Once when I connected frozen phone to PC, I entered a "DBI Apps Watchdog Reset! DemiGod Crash Handler" screen. (Not reliably reproducible behavior) 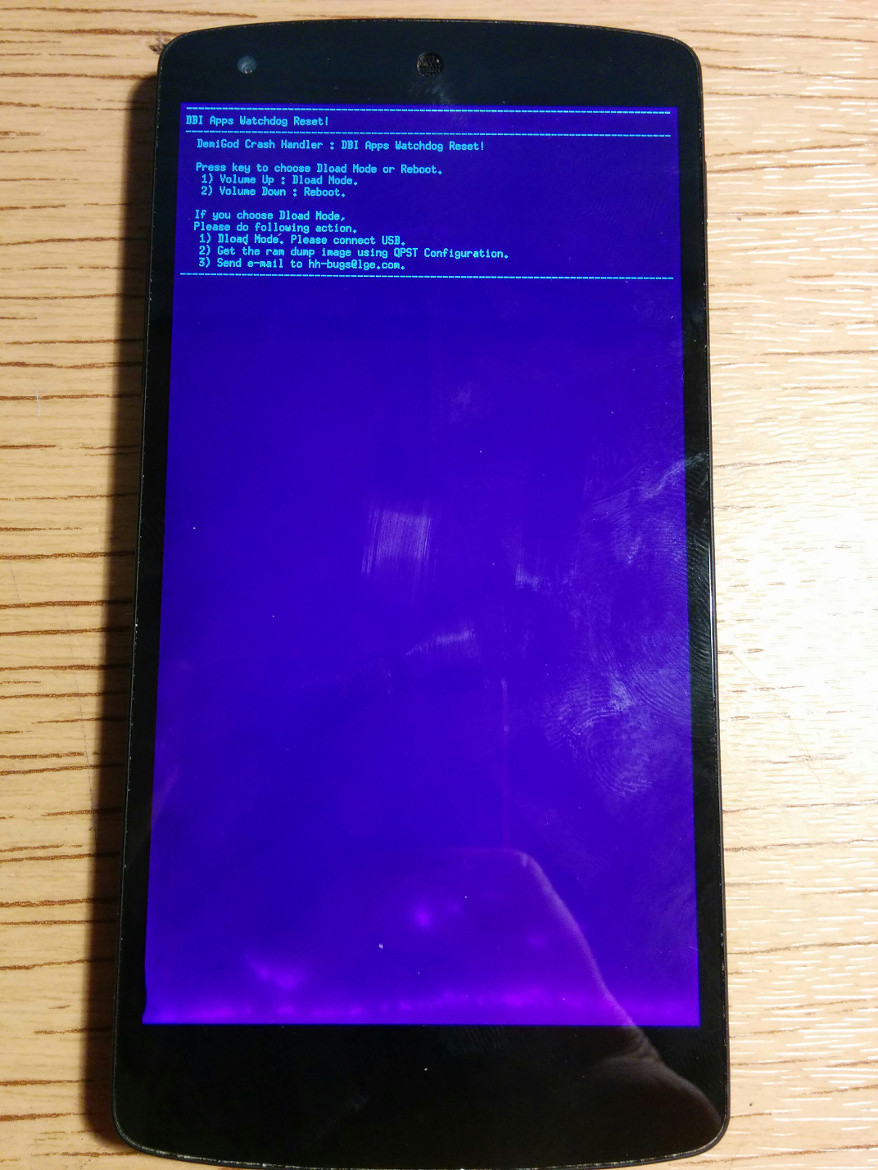 Anybody has any idea what's going on and how to fix it? I have some experience with SMD soldering, so if it's something purely hardware related, I can attempt a fix myself. I also have a donor mainboard.

I've experienced something similar, when I put my phone for charge and when I unplug after few minutes, it hangs for some time, the lock screen doesn't respond at all, and the battery icon shows still charging. If the alarm is on, it's unable to switch off the alarm, remember this is for about a minute or 2 then everything goes back to normal

Not the answer you're looking for? Browse other questions tagged nexus-5 hardware system-freeze maintenance or ask your own question.