Can I make a full backup of my phone with Odin and without root?

As a follow up to this question, is it possible to use Odin (or Heimdall) to save a complete image of my phone without root?

Odin already allows me to completely overwrite pretty much everything on my phone without root. Can Odin be used to read the entire contents of the phone over USB without root? Ideally, I'd expect the output of such a read to be something I can write in the future with Odin.

While this question is somewhat general, I'm guessing that by asking about Odin and Heimdall I'm limiting it to Samsung phones (though I may be wrong).

Odin is Samsung-only, you're right. (And as far as I know it isn't for all Samsung phones either, though I could be wrong on that.) Since Heimdall is, as far as I know, just an unofficial port of Odin I would assume it's the same, but I've never used it.

I just tried it in v1.52 and it didn't work. You hit the Dump checkmark under Option, select an output file via the Dump button under File [Dump], then hit Start. Odin will say "OneNAND Dump Start" or similar as it backs up the device. It only backed up 1 KB of something before halting, though. Odin just sat there without giving an error message.

You might have different results with a different device (I have a Vibrant). I'm also wondering whether my Ext4 lagfix might be affecting this. Perhaps later I'll flash to stock 2.1 and try again. Edit: No change on stock 2.1 JFD. 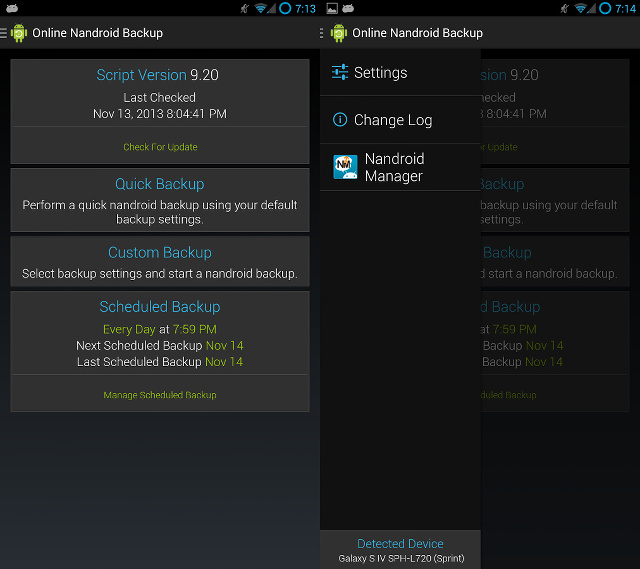 Not the answer you're looking for? Browse other questions tagged samsung-galaxy-s backup odin heimdall or ask your own question.

43
How do I perform a full pre-rooting backup of an Android phone?
4
Can I use ODIN to just back up my phone's data?
1
Revert back to factory defaults after rooting and installing CM7