How can I change the default Google Drive PDF viewer on Android?

I've been used to downloading PDFs on my phone and have them directly saved on my downloads folder. But just recently, whenever I download PDFs, Google Drive viewer shows up. I know there's a download option on Google Drive viewer. But when I open the file, it prompts that there's no app that can read it. I have Acrobat and Drive that I used to read PDFs with.

I think I changed the defaults by accident (I did not assign one before). How do I change that, if ever?

My phone's a Samsung S5. I'm using Chrome for it.

I had the same problem using Firefox on Android - totally maddening - but fixed it.

I fixed it by, in Firefox, going to about:config in the location bar, then finding "browser.download.preferred.application/pdf" and doing a Reset there.

The next time I clicked on a link to a pdf I got the choice to Download, or use Google Drive PDF Viewer.

Shouldn't it be there in Chrome, under the hood somewhere ?

Btw, that "browser.download.preferred.application/pdf" in Firefox only seems to show up after a choice has been made, in this case, forced by the install of Google Drive. Seems redolent of the old browsers wars.

Try clearing the defaults for the Google PDF Viewer app. You can do this on Android 4.x - 5.x by doing the following:

Next time you try to open a PDF, a pop-up should present you with options of all the installed apps that handle PDF viewing.

I just had this problem on Android 7.0 Nougat. I on a pdf/drop box link I accidentally clicked set Drive PDF Viewer as default.

Similar to others.. To fix this in Nougat.

"Clear Defaults" might be disabled, however the first entry "Open supported links". Will be set to some value, set it to something other than "Open in this app". I set it as "Ask every time".

I went to Settings > Apps and Notifications > See all apps > Drive > Open by default > Clear default. This worked for me. Now I'm once again prompted on which app I want to use in opening PDFs.

I believe you will have to clear the defaults for Google Drive. Have you installed the PDF viewer from the play store? If you have you should clear its defaults for sure.

This video may be of use to follow along.

You can also just uninstall the update of Google drive from application settings.

Install Firefox and download a PDF file, I'll ask you to choose a default app to open it, after that all PDFs will open on the app you select

This is what worked for me. None of the other well meant suggestions worked. https://productforums.google.com/forum/m/#!topic/chrome/u8xuBHFzHuo

The step that I have to add to those instructions is that after following them I tried updating chrome to the latest version. The new choice of PDF viewer is still in place. So long as I never return to the Google viewer I should be able to change my default viewer again.

Go to storage then tap on clear data. This has worked for me. 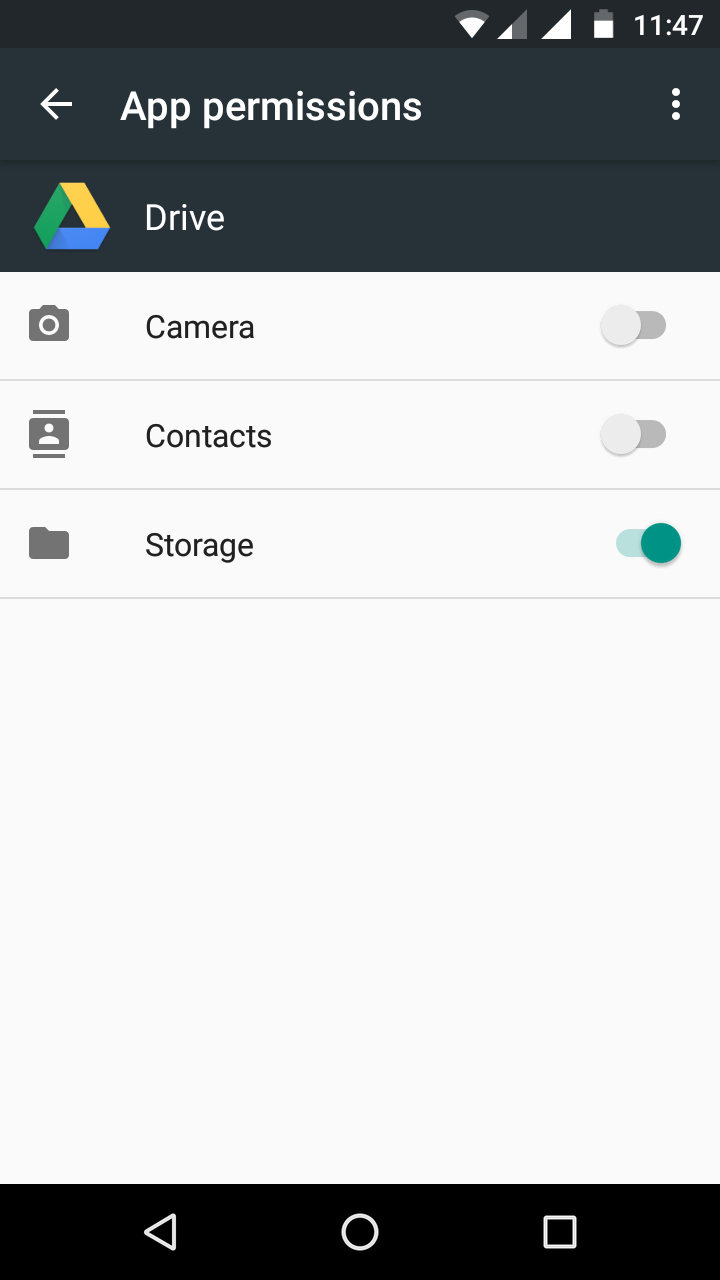 I solved my issue of not opening pdf.

I tried a number of options previously used but none worked on getting chrome to use the default pdf viewer previously set on the device (in my case, Foxit ...highly recommended for any small screen because it offers "word reflow")

I finally tried enough guesses and experiments that I think I got it.

Note, other File Managers such as ESFileExplorer offer the option to set "open with" but, while the ES setting worked for opening pdf files with most other apps, it did not work when Chrome opened a PDF file.

To test this, I went into;

Then, opened file manager again, completed the process again and it worked to set Foxit as the default PDF app as far a chrome was concerned.

Hope that this information is helpful to others as frustrated as this made it here.

For me, Google Drive is already not set as default for anything, yet the pdfs were being opened in Google Drive - and I have uninstalled the Google PDF Viewer. What worked - both on Marshmallow and on Oreo - is the following:

I've had this problem for a few months, on Android 10 (Pixel 3a XL), and solved the problem today. In my case I have the Kindle app which can open PDFs, but the OS keeps trying to open PDFs with "Drive PDF Viewer" which doesn't exist! It had been preinstalled, but I guess an OTA update must have deleted that app without telling the OS to redirect to Kindle. Try this:

Now open your PDF file, it will open with this newly installed app. Next, I uninstalled this app, and the OS did ask me for a new default app with which to open PDFs. I chose Kindle. It seems to work fine now.

I use a Samsung Galaxy Note 2 and the handset is not the issue nor is Android. It was working fine.

Then it stopped and for every PDF downloaded through Google Chrome app. It displayed the whole PDF in Drive but after storing it just didn't open in any other PDF viewer, said: "cannot be displayed, unrecognized format".

Solution: Uninstall all updates to the Google apps and things go back to normal.

This worked for me.

Now download a PDF. While opening that file, you will get an option to pick your default PDF Viewer. Choose Adobe and tap on "Always open with".

Now go back to the Application Manager and re-enable Google Drive.

I too was struck with this issue. Google drive hijacks the downloads, and then Adobe wants 9.99 per month ransom to get them out of there.

Uninstalling any Google Drive updates and then disabling it will also solve the problem...and without having to give up other advantages of the chrome browser.

Not the answer you're looking for? Browse other questions tagged google-drive pdf .

8
How do I change the default Complete Action With?