What Messaging App Displays this Notification?

What Messaging App Runs this notification? 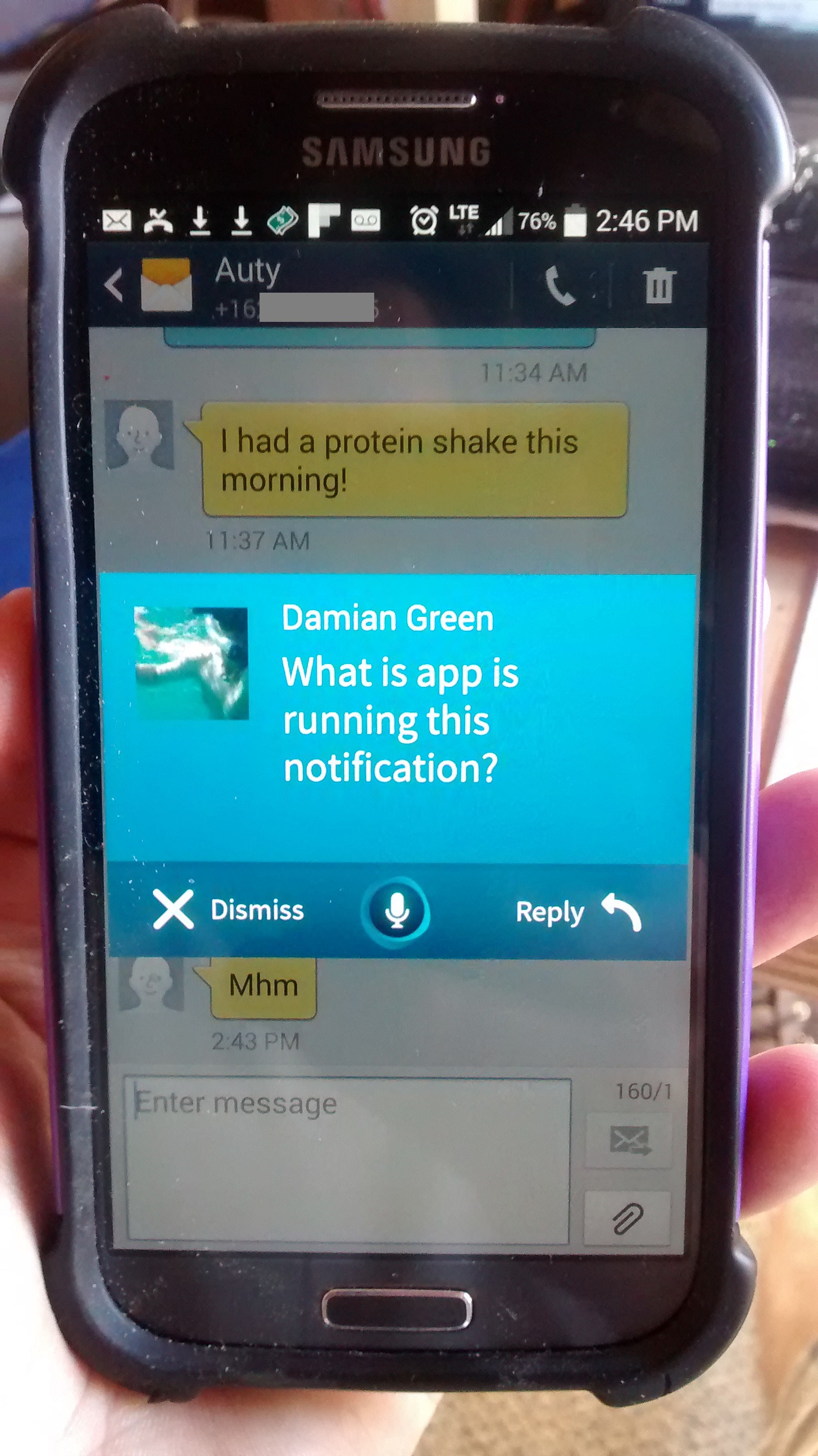 Disregard the darker app running in the background, that is just what happened to be open already when the text message was received.

My wife lets the kids play around with her phone and she has a million apps installed, including several different messaging apps, several of which I am not familiar with.

Whenever she receives a text message, there is the native notification that appears at the top of the screen (that is OK), but shortly thereafter, there is also an annoying popup that comes up, interrupting phone calls and everything, that displays the message and then only offers two options: 1) dismiss, or 2) reply with a voice to text message.

Above is a photo of her phone displaying the message.

This is a Galaxy 4 phone, running Android.

If I could just figure out what App is running the notification, I think I might be able to disable it...

Thank you gentlemen for your comments. They indeed did help me to identify what app was creating this notification...

The App is called Dragon. Our daughter installed without us knowing.

The notifications have been disabled. Thank you for your help.

0
How do I set the default messaging app to use google voice? (4.2.2 Galaxy S4)
0
Putting in an SD card made my zedge ringtones unusable and I can't access the pet shop app etc.,
2
Clear popup/push notification of an app without getting it removed from Notification drawer
0
Deactivate start of app
0
What does this notification icon mean?
0
What app is this? Looks to be related to Google Navigation?
0
“Couldn't move app”
1
What notification icon is this fish?
0
Is there any way to make calls ring/vibrate only for specific contacts?