I want to run fastboot oem lock (or fastboot flashing lock) on my Oppo Find 7 to see if I can reproduce the behavior in this post.

However, I don't actually want to go through with the bootloader lock; I don't want my device to be factory reset at the moment, since it would take a significant amount of time to back up.

So, do either of the above commands prompt you before going ahead?

I cannot speak for other devices but Motorola Nexus 6 will show you a warning that userdata would be destroyed. The warning is shown both on the shell and on the device's screen. See screenshots: 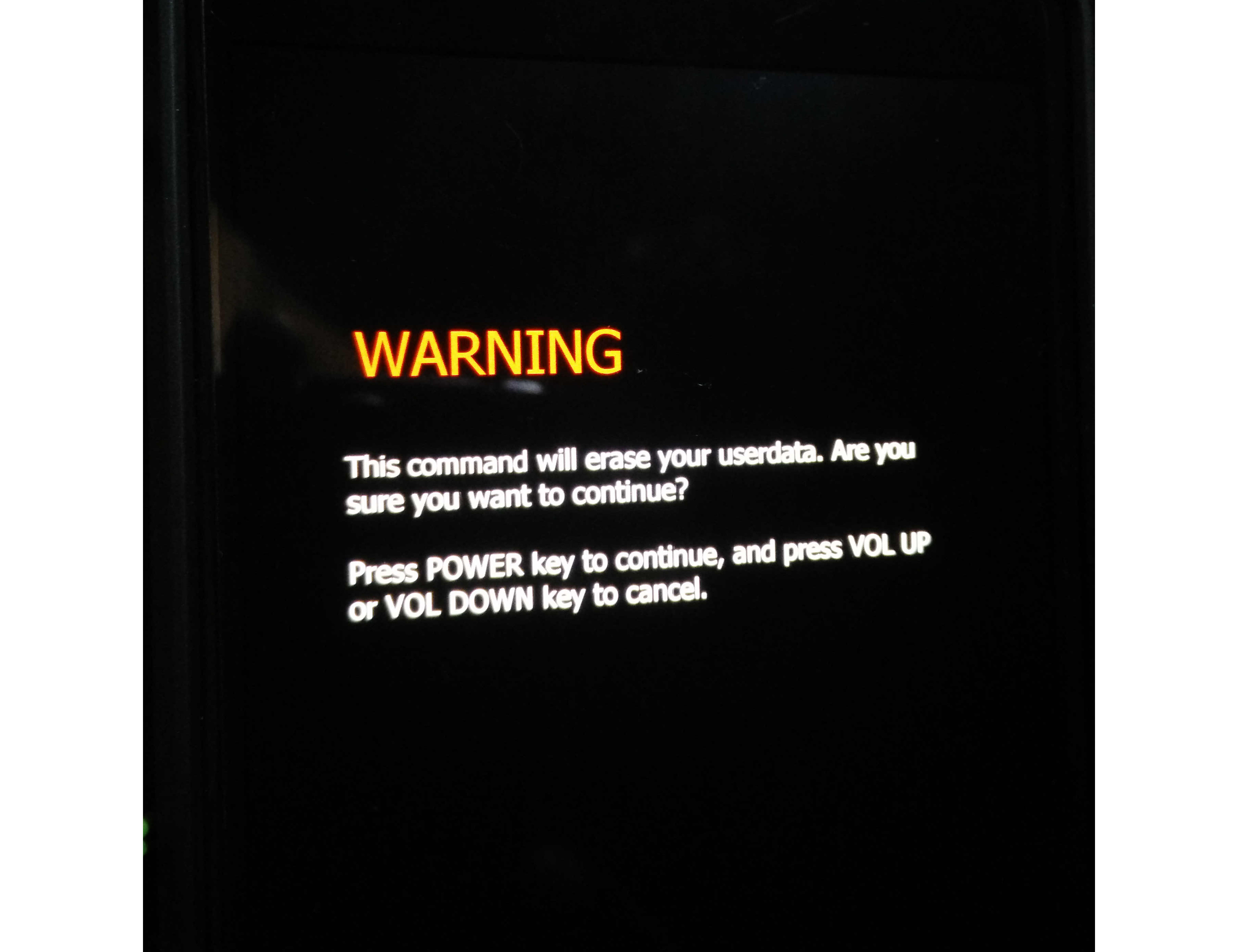 It is to be noted that the warning would show up only when OEM unlock setting is enabled under Developer options. If it is disabled and you attempt to re-lock the bootloader, you would get an error on shell and an instruction to enable that option.

It should be further noted that not all the devices which support flashing through fastboot protocol have their bootloader programmed smartly. An example: How to re-unlock bootloader for OnePlus One?

Furthermore, it is very much possible that your device's bootloader is programmed to go straight with a reset instead of showing a warning.

A bit more info. Google on Factory Images for Nexus Devices has noted:

State changes are performed using the fastboot flashing [unlock | lock] command. And to protect user data, all state transitions require a data wipe. Note the user must be asked for confirmation before data is deleted.

Not the answer you're looking for? Browse other questions tagged fastboot bootloader-lock or ask your own question.

5
How to re-unlock bootloader for OnePlus One
2
Oppo find 7: bootloader re-lock impossible?

24
What does "fastboot oem lock" do?
8
fastboot not working on my Nexus 4
4
Fastboot erase system not working
0
Re-locking bootloader with stock ROM/recovery - Wileyfox Swift 2 Plus
0
How to unlock bootloader on Samsung Galaxy S6 Lite?
0
My phone is not entering fastboot mode