Which system service apps could I disable to protect my privacy

I have a non-rooted Samsung Galaxy Note 4 with a Google account and would like to know what system, root and service apps I could disable. The purpose of this is, I want to stop or making it difficult for Google spying my phone data etc. As you can see I have already disabled some apps like Google Calendar Sync or Google Contacts Sync or Google account Manager 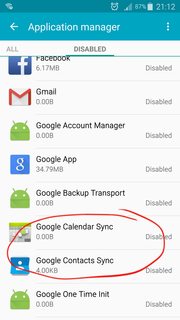 But I want to know if there are more apps to disable which are sending data to Google or other third-parties.

And an other problem is the Google Play store is'nt working anymore with my actual disabled apps. The only Google-Services I don't want to disable are that which are required for using Google Play Store, updating and installing apps via that. All other services and system apps with are not for using the Play Store required like Calendar or Contact sync and other syncroisations services for personal data I want do disable.

And I want not only Google syncronisation services to disable, also Samsung, Facebook and other apps which are spying my phone I want to disable.

So. I would be very grateful if you could list me all apps and services which I can disable without to waive the Google Play Store.

If you don't know specific to the Samsung Galaxy Note 4 you can say it general for all android devices.

Root the phone, you won't regret it. Unless you're on Verizon of course. Verizon hates modders and security enthusiasts.

The spyware apps you definitely want to get rid of are RootPA, Silentlogger, DT Ignite, and Carrier IQ (man, I hate those bastards.)

I forgot, since you have Samsung, there is a way to disable system apps without rooting. It's called Package Disabler Pro - Google Play and it only works on unrooted Samsung devices (some kind of device loophole per se). You can disable any system app from there that Settings.apk won't allow.

You can also use a VPN firewall without root, such as this one, to protect sensitive data from ever getting out there. Otherwise root and use DroidWall, more secure, doesn't rely on a third party VPN.

Not the answer you're looking for? Browse other questions tagged applications 5.0-lollipop sync privacy or ask your own question.

2
Can Google services be firewall-filtered (market yes, sync no)?
1
Can I control how google accounts get synced? Mobile vs Wifi
1
Is it safe to disable system google apps
0
Which apps cannot be disabled (without root)?
1
How to disable Google synchronization on Xperia XZ1 Compact?
0
How to prevent most syncing with Google in Android 7.0 Nougat on Samsung devices?