How to fix a sudden increase in battery drain?

My Moto G phone (3rd gen; Android 6.0) used to charge rapidly and last over a day. I upgraded it from Lollipop to Marshmallow in mid-February and it still performed well. However, for the past 3 weeks or so, its battery life has suddenly pretty much halved. It also gets warm to the touch even when left alone!

I'm familiar with general tips for increasing battery life, such as those provided by Motorola or on this site. From looking in GSAM Battery Monitor and Settings → Battery the most likely culprits seem to be Google Play Services and/or Google Calendar. But battery drain is still high even after denying all but the Calendar permission to Google Calendar; and it's not obvious how to configure Google Play Services.

If anyone knows of a solution that doesn't involve rooting the device I'd be very grateful. Or do I just have to wait for Google to release a bug fix?

I tried lots of things but in the end only a factory data reset of the phone worked.

Before I did the reset the battery drain looked like this in Settings > Battery: 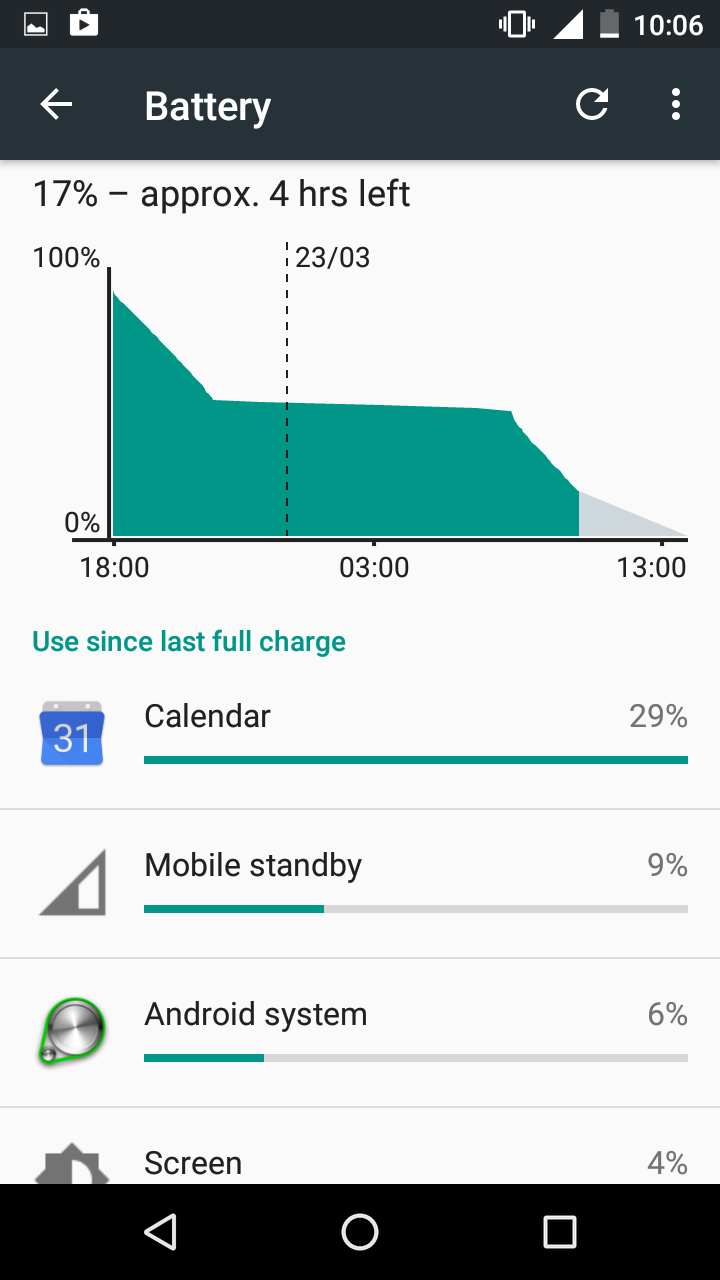 The shallow gradient was when I booted the phone in safe mode. This at least suggested the issue was likely to to with one or more apps rather than something inherently wrong with the phone.

GSam Battery Monitor wasn't much use. All it told me was that Google Services or Google Play Services was draining the battery but it didn't tell me which app(s) were causing that.

So I opted for a factory reset of the phone data and installed apps manually, just one or two at a time, watching the battery drain in Settings > Battery to make sure the newly installed app wasn't suddenly increasing battery drain. I'd wait at least 12 hours before installing another one or two apps. So this approach takes a lot of patience and isn't very practical if you use your phone for many things in the mean time. But now my battery life has increased from just half a day to 4 to 5 days... 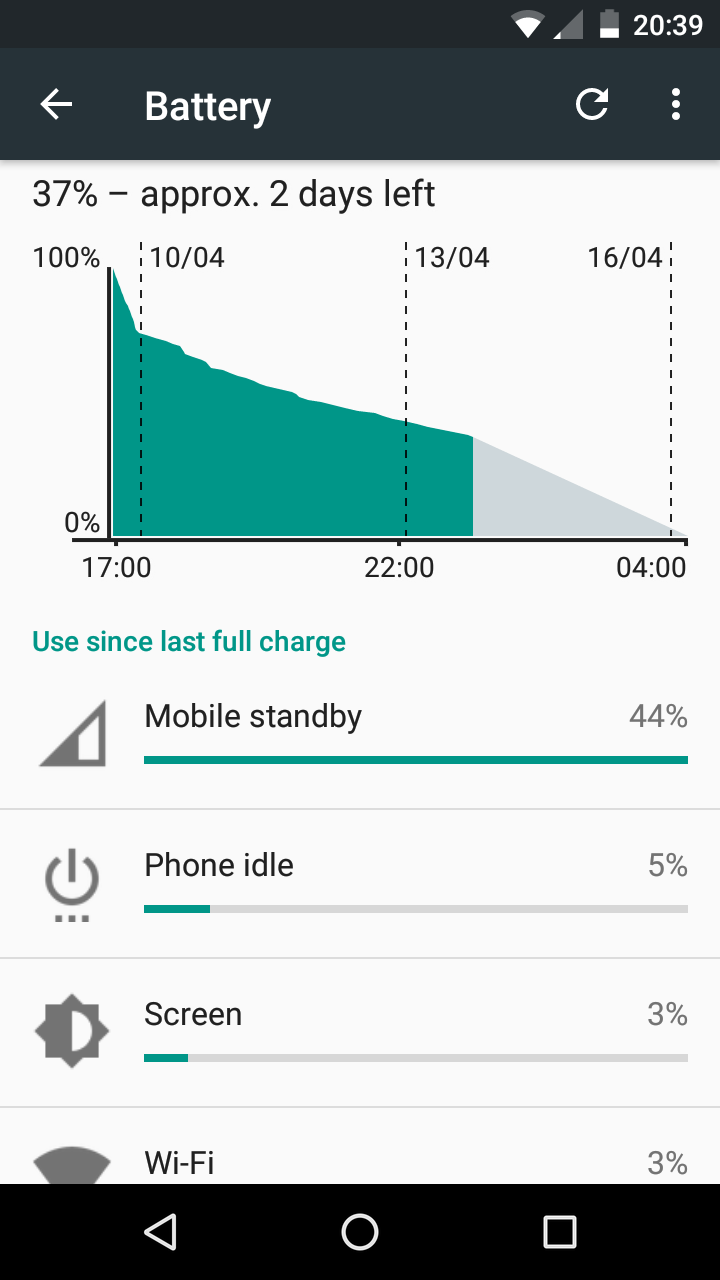 I don't know whether this could've been fixed without a factory reset, or what app or setting caused the battery drain to increase suddenly in the first place. Ideally there would be some way of getting a breakdown of battery drain within Google (Play) Services due to different apps invoking it.

If so, you can get Amplify from http://amplifyandroid.com/. The app basically lists all of the wakelocks and alarms (not alarms that humans use) that cause wakelocks and tells you how many times it woke the system and for how long. From there you can start delaying the alarms/wakelocks to increase battery life. Amplify dramatically increased my idle battery life.

Not the answer you're looking for? Browse other questions tagged battery 6.0-marshmallow motorola-moto-g3 or ask your own question.

189
What can I do to increase battery life on my Android device?