Entering recovery mode when plugging powered off tablet to charger

I installed Philz Touch 6.59.0 (ClockworkMod 6.0.5.1) in my Samsung Galaxy Tab 4 7" Wifi (SM-T230) and modified the /system/bin/lpm (also called playlpm in other devices) to reboot the device as soon as it is plugged.

The modification of the lpm file works great when I don't have Philz Touch 6.59.0 installed on the device. Every time the device is off and I plugged it to the charger, it starts Android just fine.

The problem comes when I install Philz Touch 6.59.0 which works great by it self but when I modify the lpm file, every time I power off the device and then plug it to the charger, it start in recovery mode which is incredibly anoying.

Next is my lpm file:

Does anyone knows what can I do to solve this issue or change this behaviour?

I also tried the TWRP and the same thing happens. When powered off and plugged in, the device starts in recovery mode.

It was simply a problem of line endings. Somewhere along the road I modified the lpm file and the line endings of the file were changed to Windows and they were supposed to be to Unix line endings.

When you edit a file in a text editor make sure to the correct line endings. Next is a picture of how to do it in Sublime Text: 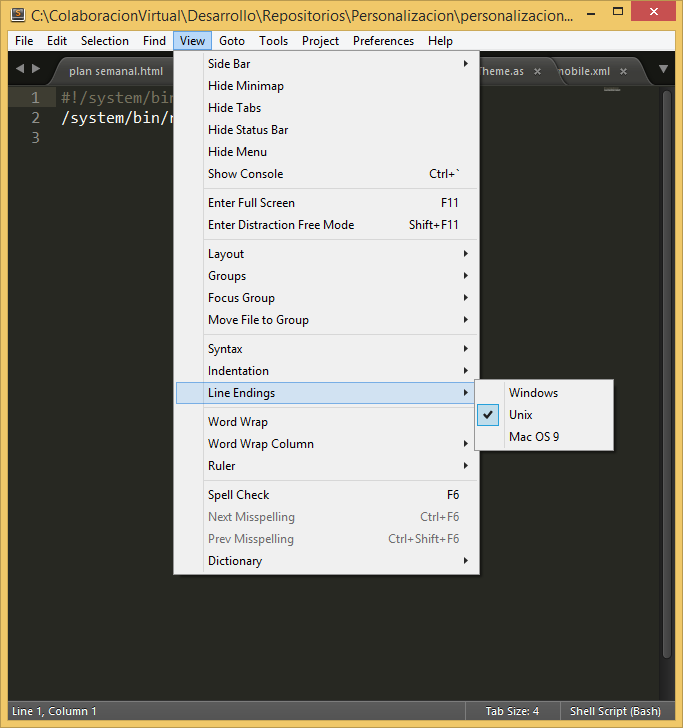 Not the answer you're looking for? Browse other questions tagged 4.4-kitkat recovery-mode charging clockworkmod-recovery or ask your own question.

1
Samsung Galaxy Tab 7.0 Plus will not enter recovery mode
1
Auto boot when charger connected (for HTC Magic)
0
How to boot the Mele A1000 in recovery mode
8
Entering safe mode from adb shell
1
android 4.4 phone not charaging and no sync when pluged into computer