Gallery opens itself on ZenPad10 while the screen is off

I've got myself an Asus ZenPad 10 (model P023) last year, and I'm more than happy with it but there is one small issue I have with it: sometimes, while the screen is off, the Gallery app launches itself and wakes the screen up.

While not particularly a hinder, I haven't been able to reliably reproduce it; it usually happens when I put the tablet down, but not always. I know that I can double-tap on the screen to wake it up (which is a great feature), but that's about it. I have tried to swipe the screen in various directions, and tapping more than twice, each with more than one finger too, to no avail.

Note that although I'd like to know how to stop it from happening, I'm mostly curious about how it happens.

After fiddling with some options earlier, I actually came accross the answer on accident. This is from a feature called ZenMotion, something ASUS started implementing in their Zen phones and tablets, I believe. 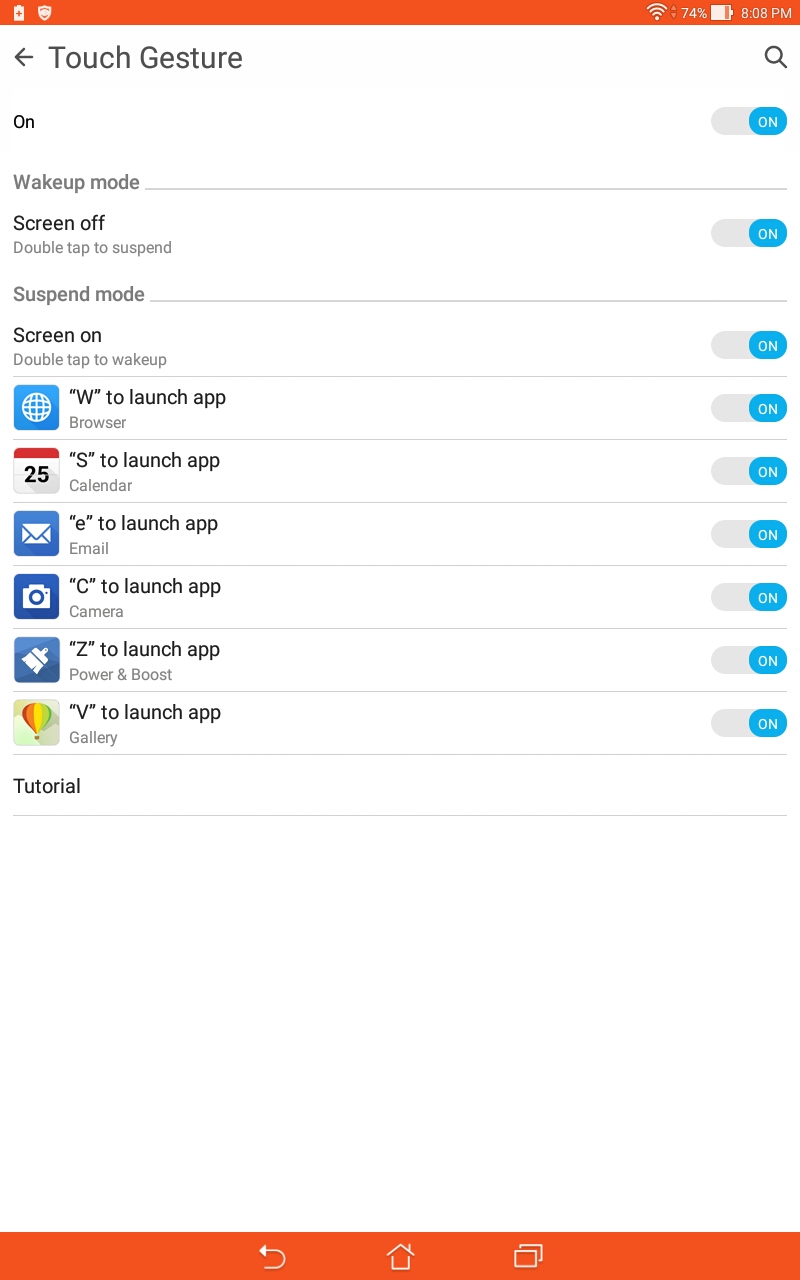 Note that not only this answered my question, it also showed me that there were 5 other shortcuts available, with each letter being able to be linked to a different app if I chose so.

Not the answer you're looking for? Browse other questions tagged 5.0-lollipop tablet gallery .

8
Adding tags to photos in the Gallery
5
How are the gallery application edits applied to images?
0
Why I can't see all images in the gallery?
4
I want the old Gallery app back
3
Warning bar in "Settings - Data usage" disappeared. A bug?
3
Pictures do not appear at the gallery?
0
Hide photos & videos from the gallery