Disable toast when screen is pinned in Android

When passing my phone to someone, I pin the screen for safety reasons. Is there a way to disable those ugly toasts which keep popping up and giving them a gist of what's happening?

Once the Xposed module is activated and device rebooted, launch EnhancedToast → Android System (package name: android) → select the toasts that you want not to show up. Selection of any entry would cause its background to turn red. I sometimes need to reboot, but often, the changes take place immediately. 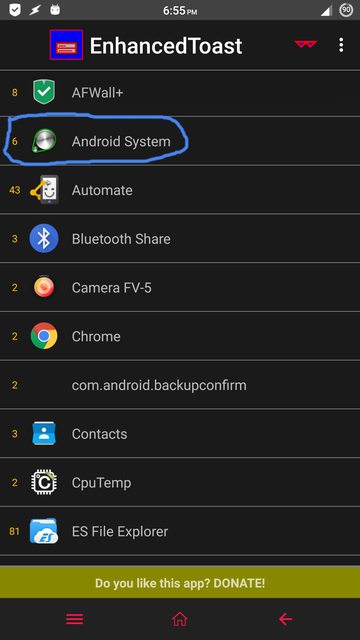 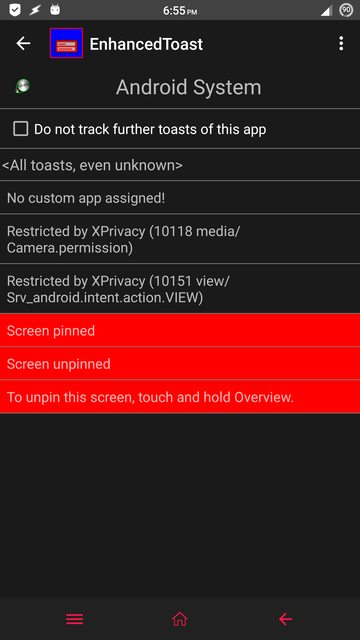 The command-line as well as take it or leave it approach is to do:

(Requires adb setup in PC; root access not required; works only in Android 5.1.x and above)

Using a terminal emulator app but with root access, do:

To allow the toasts again, replace deny with allow in the said commands, as appropriate.

2
How to disable the "Screen is pinned" ScrollView?