Unable to Update HTC One M8 to Android 6

My HTC One M8 phone has just gotten the Android 6 update (like a week or few ago). I successfully downloaded and unzipped the update. However, I was the confronted with this screen (sorry for the poor resolution, I took it with my iPad since I couldn't screenshot): 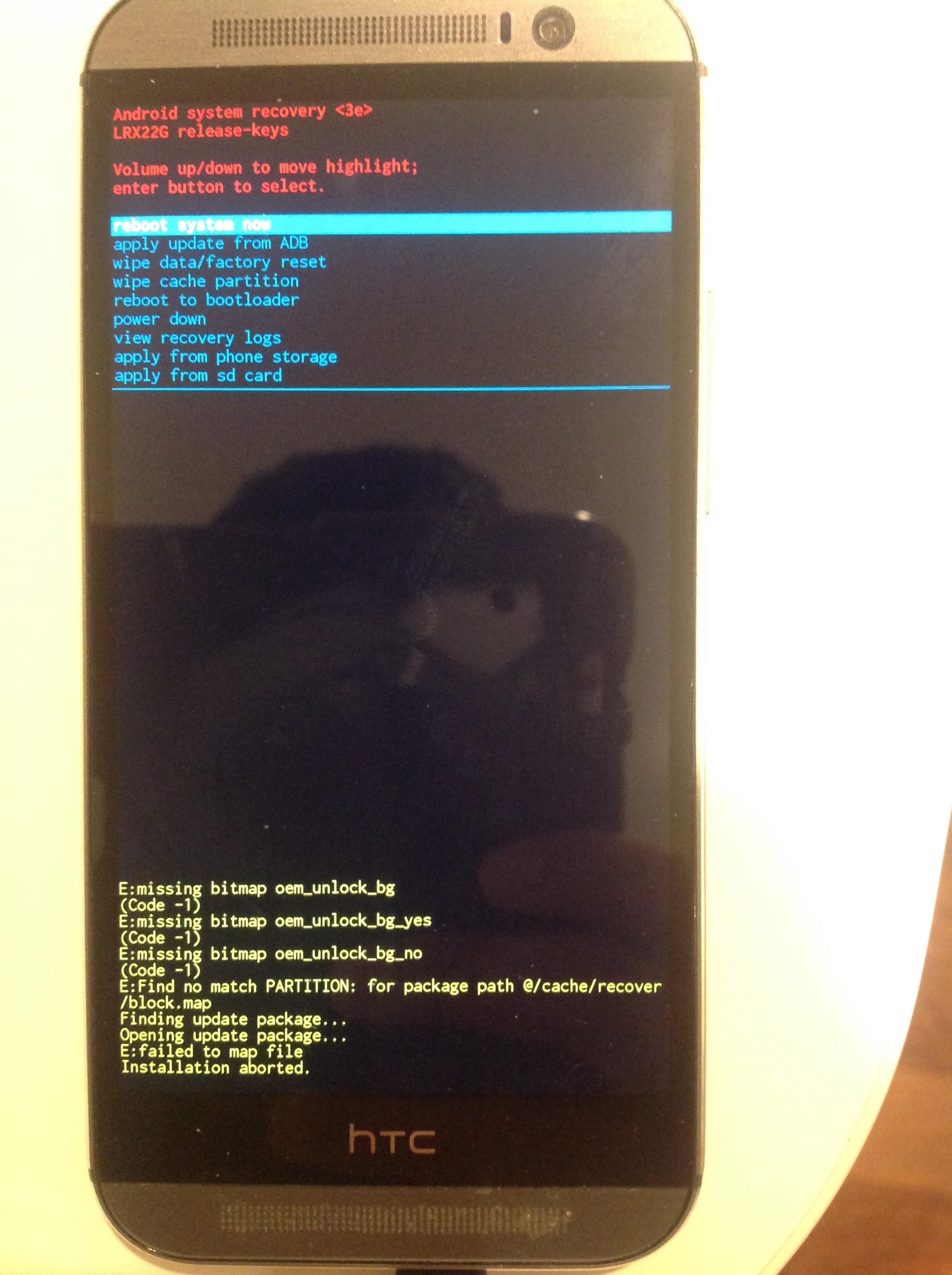 I tried to do this multiple times (including recently, which is when I took the photo), and the same thing kept happening. I contacted HTC support, and someone told me to download a ROM onto my laptop and update from my laptop. However, to do so, I also needed to download HTC Sync Manager.

HTC Sync Manager had trouble connecting to my phone. It would start a sync process, but then say that there was an error. After an hour of fruitless research, I tried to update anyway. After a bit of updating, it would say that the update failed, and it would just revert back to the old OS. Frustrated, I said that I would try again later, and uninstalled/deleted everything that I had downloaded.

Trying it again now, I'm getting the same thing. What can I do to circumvent this and successfully update? Everything I've tried, I've tried twice.

SOLVED: OK I couldn't get this update either tried moving as much as I could to the SD card had over 16GB free still wouldn't work till I wiped the cache.

Here are the steps to wipe the cache 1) Hold power button 2) Press restart 3) As soon as you see the HTC logo, hold the down volume button 4) If done correctly you should be met with a white screen, from there go down to recovery and press power button 5) Within a minute, you should be greeted with black Android System Recovery Page 6) From there click Wipe Cache Partition 7) After that is done, go to reboot system now and once in android again, download update.

You must have battery at least 35% charged to install the update.

Not the answer you're looking for? Browse other questions tagged updates 6.0-marshmallow htc htc-one htc-one-m8 .