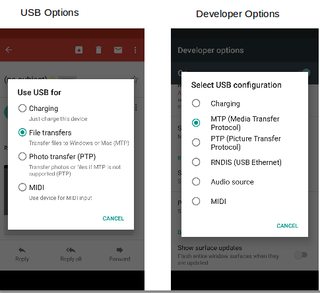 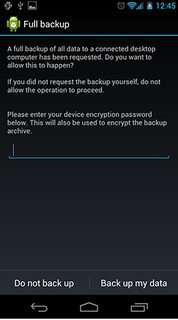 354
How to fully backup non-rooted devices?
50
ADB backup creates 0-byte file; prompts for current backup password even though I never set one; "Failed to set password" for Desktop backup password
16
adb backup command on non-rooted device creates an empty backup file?
10
Applications are not installed with adb restore
2
Where in the filesystem are settings saved? Namely ADB backup password
2
Android adb restore not working on Android 8.1.0 as target phone
0
Transfer apps and data from a rooted phone to a phone without root

29
How do I know when "adb backup" is finished?
13
Backup using adb on a phone with a dead screen
0
adb blind backup
56
What all does ADB backup and how do I restore part of it?
16
adb backup command on non-rooted device creates an empty backup file?
8
adb backup hangs and never finishes (Linux)
2
Troubles restoring ADB backups