After replacing my ailing Nexus One with with a SGS2 yesterday (an ordeal in and of itself, but neither here nor there), I decided to replace the stock ROM including TouchWiz with something a little more familiar, hence Cyanogen. I've was following these instructions, and it was going relatively well until step 9 under Method via Recovery. The first time around, I had placed the zip files directly on the root of the SD card, but I couldn't find them. After several more attempts, using different locations, attempting to put them on the internal storage, etc, I still haven't found a way to load those zip files. 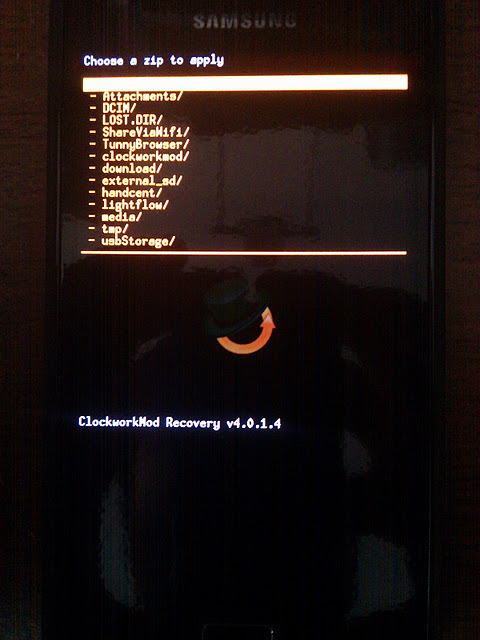 As can be seen, I don't have a mount point named sdcard as is typical. I do have that external_sd folder, but whenever I try and enter it to select a zip, I get an error saying something like "No Files Found" and am just returned to this folder.

Any help would be appreciated.

The folder you're seeing is the internal SD one. Just put your update.zip file there and search for it, it might be hidden in the scroll, just go down and it will show more files in the folder.

To make the process a lot more easy, just rename your *.zip to update.zip, but the file in the root of the internal SD card folder and use the Install update.zip from internal SD method.

Not the answer you're looking for? Browse other questions tagged cyanogenmod samsung-galaxy-s-2 rom-flashing .