What is protected apps in Huawei phones?

There is a setting in Huawei phones that allow you to add applications as protected. 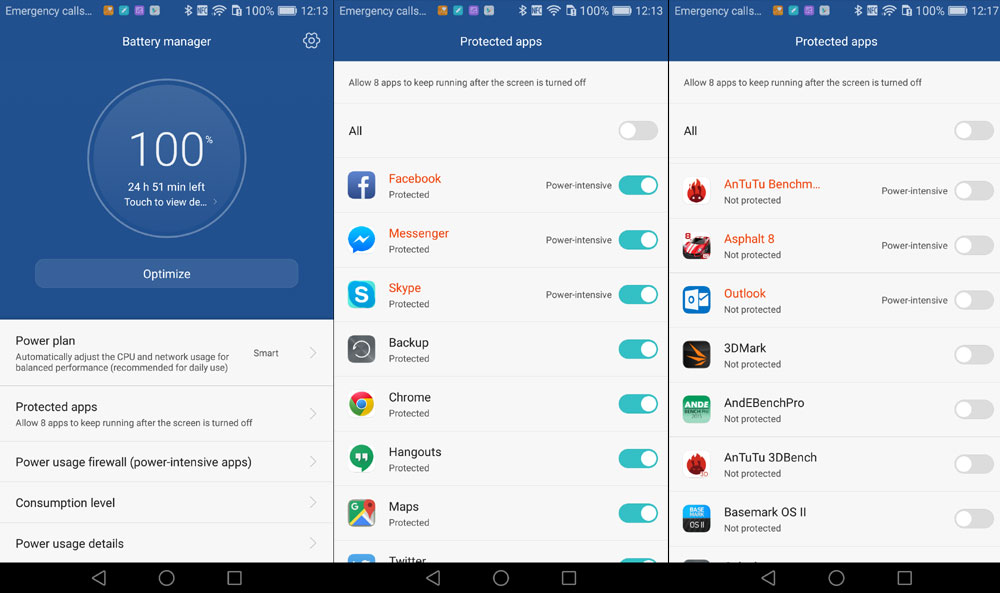 I have owned a Huawei phone (Honor 6) until recently so I can speak from personal experience.

And then there's the whole "protected apps" system, which requires you to manually approve each app you want to be able to run when the screen's off.

According to this Stack Overflow question, developers can't include in their manifest asking for inclusion in the protected apps list, but Huawei OS apparently includes popular apps like Tinder and Instagram (in your case).

Scoured web for a full list of such applications but no luck. Writing to Huawei is an option technically but practically, with experience, they don't bother even acknowledging your mail, forget answering.

Thanks to Happy Coder for updating and confirming that Protected apps is found under Battery manager settings.

If you're familiar with Greenify Android app(Root only) you'll know this feature. Every app that uses internet connection to refresh the data etc.,(every time you open the app) has to make sure that the application's services are running in the background as daemon processes. Thus using up more power/battery. Thus, if you haven't selected the app, the apps' services will not run in the background and thus everytime you open the app, it will refresh the data, instead of having it ready.

Not the answer you're looking for? Browse other questions tagged huawei background protected-apps or ask your own question.

2
STAMINA / Ultra STAMINA mode on Marshmallow?
1
Why can't this application be deactivated after screen is locked?
1
What is “Smart Standby”?
1
Delayed notifications on Huawei Mate 10 pro with Android Pie, EMUI 9.0
1
Some apps do not display notifications when closed
0
What is the “Safe Center” in Android 6.0?