Google Play Store accounts for over 50% of battery use! Solutions?

Google Play Store alone accounts for 52% of my phone's battery use!

I would think Google Play Store would only run when downloading or updating apps, or when checking if apps need updated. Since last unplugging, I haven't manually run Google Play Store, nor have any apps been automatically updated.

Clicking through reveals that Google Play Store has been continuously requesting GPS. But I always have my GPS off in system settings.

I have all the sync settings off too. I don't want autosync.

So why is Google Play Store running uncommanded in the first place, and moreover, why is it using so much battery? How do I correct this? 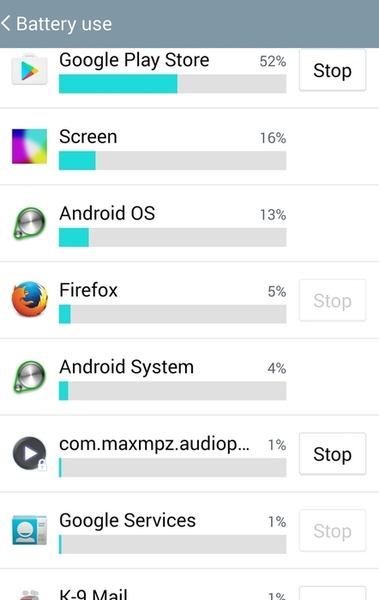 I pressed the "stop" button in the above screenshot, which force-stopped the Google Play Store. But then many system services started shutting down and prompting me with "not responding" dialogs, until I eventually pulled the battery and restarted the phone.

I used SystemCleanup to disable several autoruns (such as receivers) for Google Play Store, so that it won't be constantly called on to run. I also killed the task using SystemCleanup (which did not kill the system).

Apart from turning off auto-updates plus clearing cache (as recommended by John), you could use Greenify to "hibernate" the app whenever it is not running in foreground. With Playstore being a system app, that would require the "donation package" of Greenify (in-app purchase). Side effect: even more battery saving when used on other apps as well (Greenify gives suggestions) and, if you're already on Marshmallow, by an advanced doze mode. 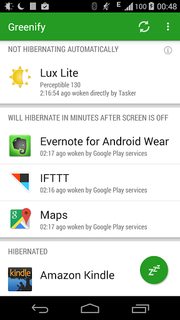 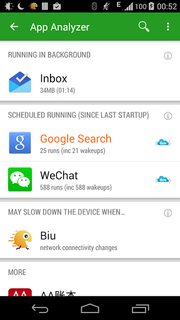 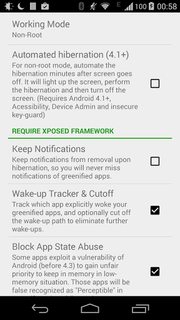 A slightly different approach would be dealing with the auto-start events. AFAIR Playstore e.g. registered for changes in network connectivity, so it would always awake when you switch networks. Some references on how to deal with those can be found in the linked tag-wiki.

Not to forget: there are apps that cover several of the related topics (usually those "root toolboxes" or similar allrounders like SystemCleanup or ROM Toolbox): 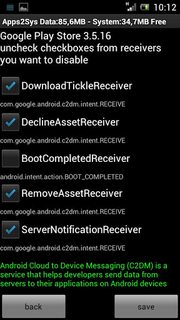 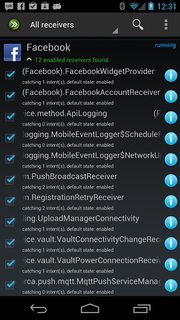 Another alternative would be ditching GApps completely, using a custom ROM without installing GApps and taking microG instead. To access app stores, you then can use F-Droid – and if you insist on accessing Playstore, there's BlankStore, a bare-bones Playstore client, for non-paid apps, and Raccoon on your PC for all apps (free and those you've bought). That's the way my devices are set up :)

Please delete the Google Play data and login again. Update the GP if neccessary. Let this time autosync GP till all is synced and now you can disable the sync of GP only. I guess it won't use much anymore then.

I used App Settings an xposed module to revoke the fine positioning (GPS) permission from the Play Store (it can still use the coarse setting without draining the battery).

This has solved the issue for me.

I had the same problem on my LG G2 D802. It was solved by flashing the kdz from the same version i had (20H). I flashed twice, first a CSE flash, then a normal flash then a factory reset. Now the problem is gone even with the same version of the play store.

Not the answer you're looking for? Browse other questions tagged google-play-store 4.4-kitkat battery-life or ask your own question.