What does “protect this backup” in Titanium Backup do?

After creating a backup, there is the option "protect this backup". What exactly does this do and when should it be used?

Good question. Discovered one more feature of TiBu. Wiki (Titanium track) does not explicitly mention what it does and searching net gave clues pretty much aligned to Izzy's comments

Most likely use case

.... protect backups of certain apps that have gotten worse with an update. This keeps my "good" backup from being overwritten when my schedule runs.

Implementation of this seems to have a troublesome history as can be seen here and here apart from the above post which quotes the use case and several others of similar nature. Cursory reading reveals that:

As it stands it works on my device (rooted), running 6.0.1 with backups stored on external SD.

What does it do?

TiBu permits you to have a maximum backup history ranging from 1 to 50 (Preferences → Maximum Backup History ). On my device it is configured to 7. When I protect any version of an app it creates a kind of master version which is not counted for the 7- that means the protected version stays and with subsequent backups, old backups are deleted new ones added subject to ceiling of 7

Select the desired app by short pressing and follow steps below 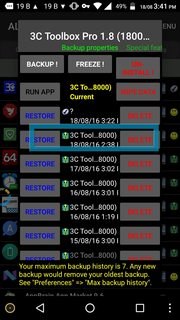 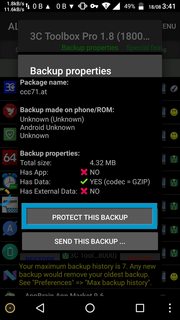 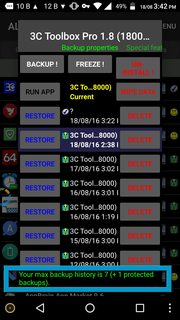 Simply the reverse of above 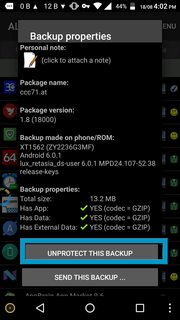 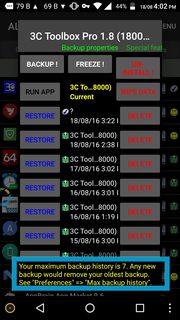 Not the answer you're looking for? Browse other questions tagged titanium-backup or ask your own question.