I have a Samsung Galaxy Ace II that for a unknown reason, each time that I plug my smartphone via USB cable to my PC, most of the times, my device is not recognized.

When is not recognized, I have to follow this steps:

And between 20 segs - 1 minute later, I receive this message (in Spanish):

Basically it says that the driver for my device was installed: 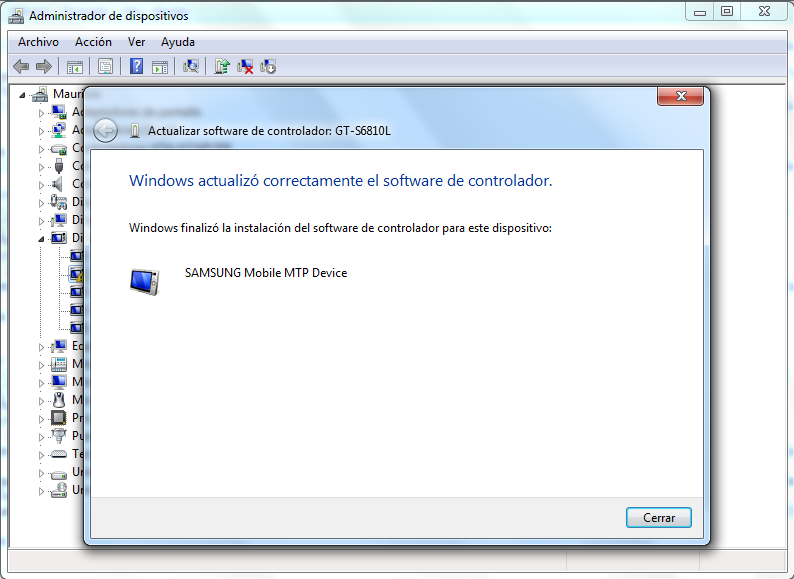 The problem that I have is kind of similiar to these questions.

I bought My Samsung Galaxy Ace II more than a year ago and it wasn't rooted or any similar changes to its system.

After check the Register as says in this source, I can't find the upperFilter entry. I really don't know what else can be done.

I already installed Samsung Kies as suggested in his comment #1, but my device isn't compatible with Kies.

Windows Update sometimes finds and installs Device MTP USB missing driver, but when is not found, I can't plug my device in my PC.

What could be the cause of this behavior?

you can update your Ace driver via right clicking on it and click on update. but if it doesn't work download the BIOS drivers with your web browser by entering your PC name and model then BIOS on google. and try updating from device manager

Not the answer you're looking for? Browse other questions tagged windows usb-drivers samsung-galaxy-ace-2 or ask your own question.