Some games ask for Contacts permission for logging in using Google Account. Is it safe? Why some other games and applications don't ask for Contacts? For example SoundCloud, it doesn't for, but Asphalt 8 do.

Will these apps and games modify my contacts list?

In order to uniquely identify a user, an app does not need to access your contacts (which is why SoundCloud doesn't).

However, if an app decides to ask for this permission, it is your decision to trust it or not. I personally usually decline those requests, since I'm not comfortable with an organization getting too much sensitive information about me if not necessary. I don't want to accuse any company, but rumor has it that this is exactly the kind of information that is sold to advertising companies, if you know what I mean...

Concerning modifications of your contacts: That depends on the exact permission the app requests. This developer resource lists three possible permission regarding contacts:

An app will only be able to modify your contacts if it requests the second permission and you accept it. This is where it gets tricky: Below screenshot (taken on a device running Android 7.0) shows the request to "access" your contacts, originating from stock Android's official contacts app. Obviously, this app is indeed able to modify your contacts, although the popup doesn't explicitly state that. In other words, there is apparently no way to distinguish between read and write permission.

If you don't get to see a popup like on the screenshot, either the app or your device doesn't support requesting permissions at run time. This feature was added in Android 6, so if your device's android version is lower or if the app wasn't optimized for this feature, you will be presented with a list of permissions before downloading the app in the Play Store. Unfortunately, there is no way to selectively adjust the permissions prior to Android 6 without rooting the device.

Will these apps and games modify my contacts list?

Assuming that you have to grant the app permission to modify your contacts (because of the reason stated above), you will have to live with the risk of your data being used for personalized advertisement. However, I highly doubt that an app of a well-known company would secretly modify your contacts, simply because they don't have a negative intention. That being said, be careful with apps that have lower ratings or don't seem as serious. 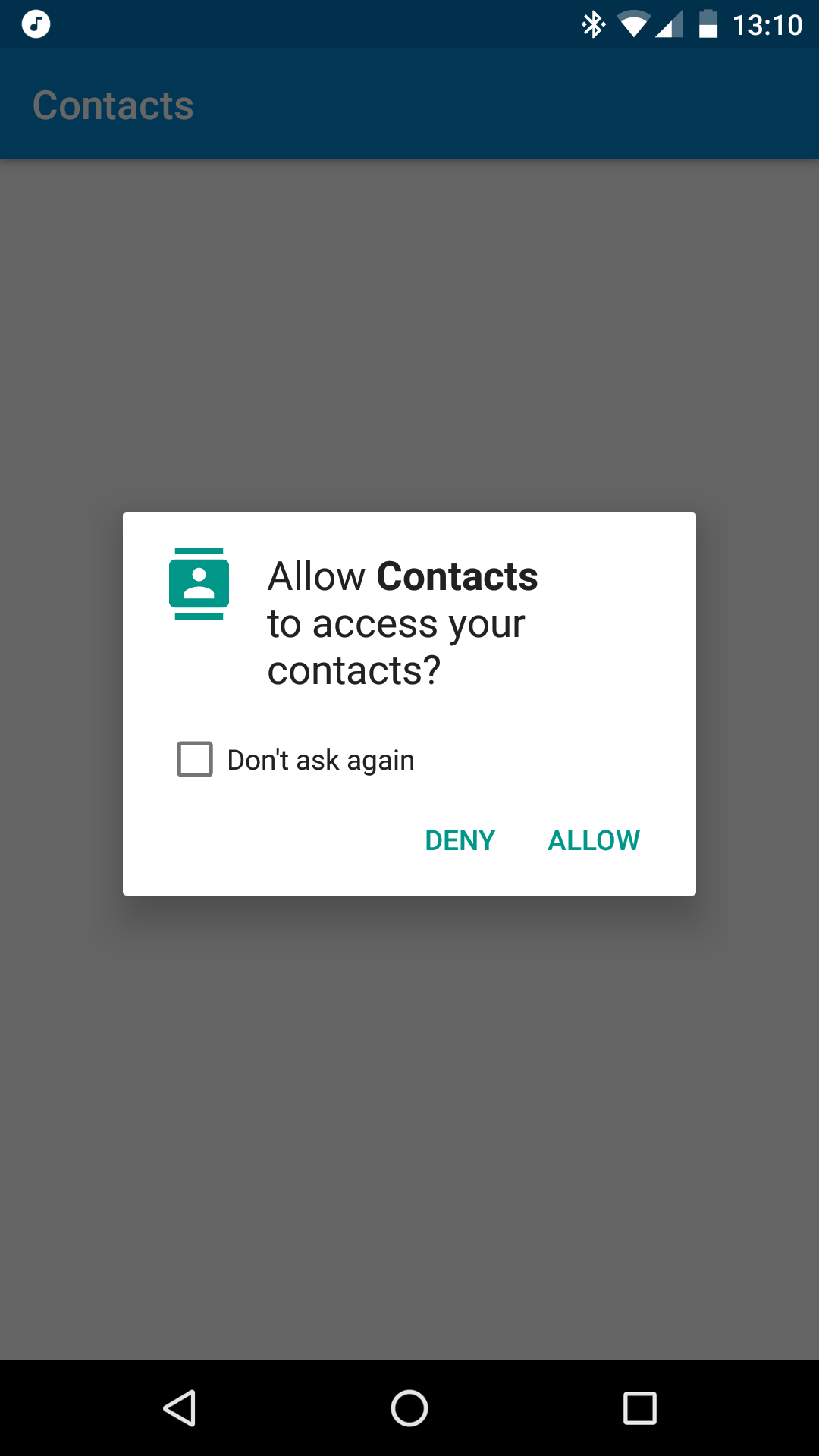 Yes it is indeed. It needs to access your basic information like your name to get going.
Like Asphalt 8 requires it for your name and email to sign into the google play games.
No these apps wont modify or erase your contact list.
You can deny the permissions for each app into the settings.
Hope this helps !!

Not the answer you're looking for? Browse other questions tagged 6.0-marshmallow permissions .

3
Android applications privacy and security concerns
1
Reset permissions of app versus Google Play Game Services
3
Why do some apps not have to ask for the "Draw over other apps" permission?
8
Android 6+ and account permissions: where have they gone to?
1
Why are android permission so broad?
0
When do apps need storage permission?
1
Apps asking only permission to read external storage