Headphones compatible with phone only after switching the audio cable polarity

I recently brought the Marshall Major II headphones, which come with a two-way unprotected 3.5 mm cable.

According to the manual, you plug the straight end into the headphone, and the right-ended end in the smartphone. When I do so, I hear distorted audio.

However, when I reverse the direction of the cable, i.e., plug in the right-ended end in the headphones, the audio sounds amazing.

Why does this happen? Will the headphones get damaged if I keep using the cable reversed?

I suspect it's probably because my current phone (Xperia C2104, CyanogenMod 11.0) probably doesn't support two-way audio playback. Since I'm planning on getting a new Android phone in the coming months, would you please recommend one that supports two-way audio? 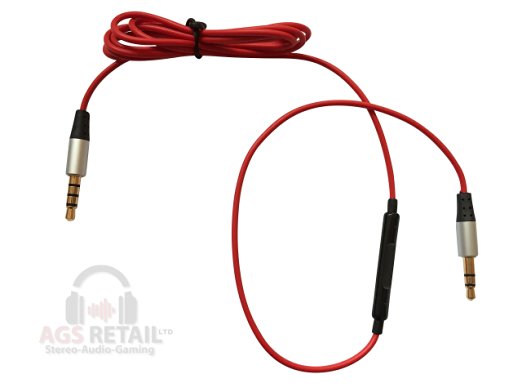 My guess would be that one of the plugs on the headphone cable is slightly off-spec and isn't making good electrical contact in the socket. Swapping it around means the dodgy connector is in the other socket, and maybe that connection is slightly more forgiving. (Of course, it could just as easily be one of the sockets that's slightly off-spec. The symptoms would be the same either way.)

If this is the case, then having the cable "reversed" is a lot better for it than letting it spark across a poor connection. Sparking damages the metal surface of the plug and socket, so it would get worse over time.

The only reason they recommend having the cable a particular way around is that the right-angle plug sits better against the phone. It's a lot harder to accidentally pull it out of the phone, or knock it (and maybe damage something) against a table edge or your pocket. It also protects the conntector against wear caused by wiggling or pulling on the cable.

Unless there's some inline play/pause buttons on the headphone cable, the only disadvantage of having it reversed is that you lose this mechanical protection from the right-angled connector.

Not the answer you're looking for? Browse other questions tagged headphones headphone-jack compatibility sony-xperia-l .

5
How do I keep my headphone jack from disabling my bluetooth speakerphone in my car?
11
No audio out with headphones
4
Is there a way to enable the headphone output for audio while using HDMI for video?
2
Are all apps on Google Play compatible with the Samsung Galaxy S4?
1
Use Bluetooth Headphones with Phone and Old Laptop
1
Is it possible to connect two headphones to the phone without any splitter?
0
I can only hear Music and Blurry voices while listening songs with headphones
0
How can I use PSP headphones with my Android phone?
0
Mute Phone Audio when Headphones are Unplugged