We just launched a new product: Collectives on Stack Overflow. How do they work? Listen to learn more.

there is a built-in feature that limits apps from background processing, where is it?

So one night I got crazy and installed tons of apps that have background processing on my galaxy tab 8.0, they were draining its battery really fast. Android itself suggested to limit some of them to improve my battery life on the notifications tab, I tapped on that notification and limited some of them.

Now 2 weeks later I've found that my individual alarm app that I use doesn't ring anymore, I need to get access to that limiting feature again to see if I have limited my alarm app or not, but I don't seem to find it anywhere in the settings. Googling doesn't help either because it only finds those articles that are advertising some background process limiting app indirectly.

I know uninstalling and reinstalling my alarm app or some other usual routines can fix the problem, but I need to know what exactly is causing its alarms to not go off to prevent it in the future, I can lose my job if I oversleep again.

Update : I've found out that it's a Samsung feature called "App optimisation", I'm guessing tab 8.0 isn't supposed to have that feature, so they have removed its shortcut from the settings, but not the actual feature from the os, and they forgot to disable the notification alert whenever there are a lot of apps with background processing, so that's why I had access to this feature earlier. Now my question is, are there any other ways to access "app optimisation" other than through settings under the battery tab? Because it's not there for me.

Update #2:It alerted me again so I took a screenshot before closing it.I haven't found any other way to get access to this feature yet. 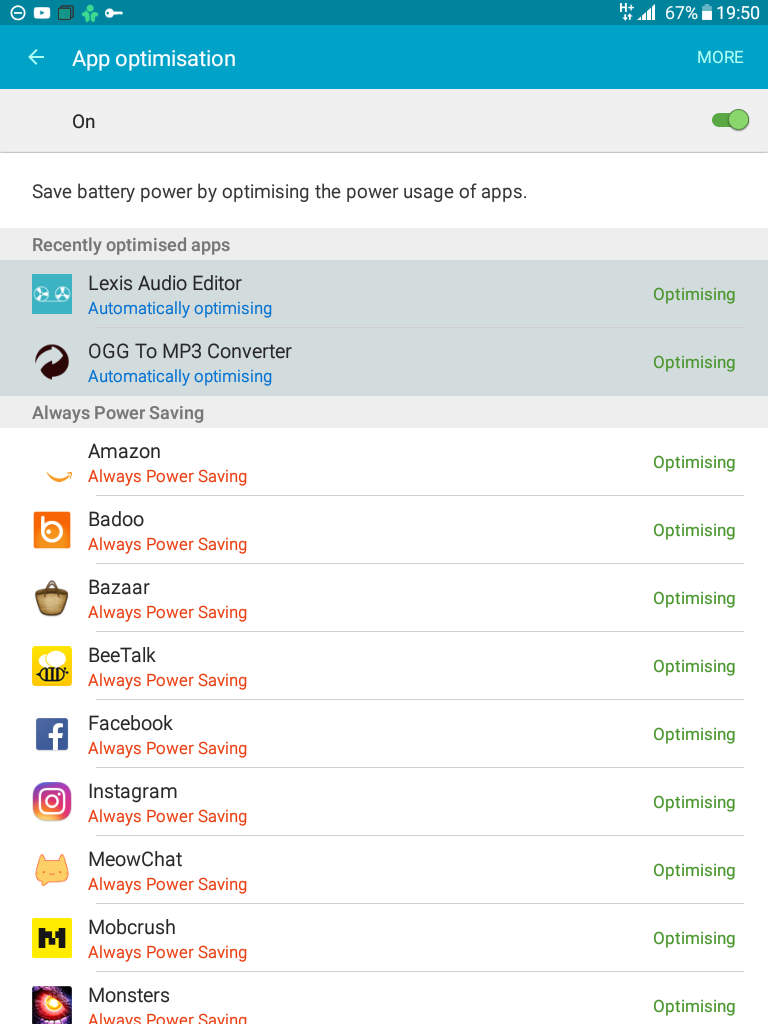 This is an option under Developer Options. To enable it:

Once enabled, you can find Developer Options in Settings. If you scroll down near the bottom there should be an option for Limit Background Processes. Usually, there is no limit, but this might be your answer.

Not the answer you're looking for? Browse other questions tagged applications background optimization or ask your own question.