When the Pixel C was released, we were told that it does not support HDMI-out over its USB-C port, but that it might be enabled later.

However, on Google's own store, they offer a USB-C to HDMI adapter, and the page indicates that you can "enjoy it" with the Pixel C.

So... does anyone know if the Pixel C got the update to support HDMI-out or not?

It doesn't; none of the Pixel devices support - it's a Google Store goof up 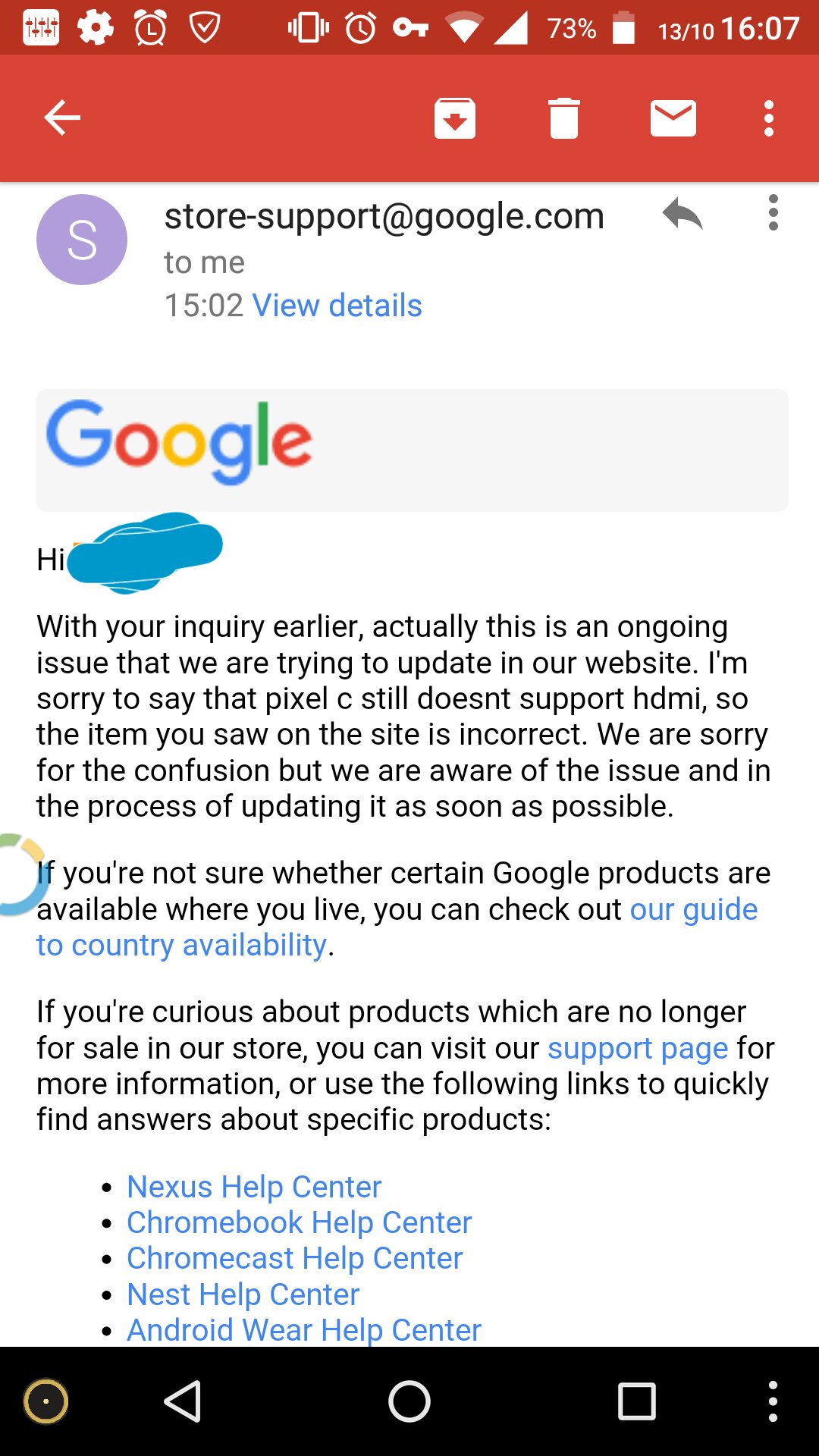 I know this is a bit old now but just stumbled upon this thread. I have tried the USB-C to displayport cable with my pixel C (after seeing "Enjoy it with Pixel C" on the google store) and it doesn't work.

Not the answer you're looking for? Browse other questions tagged google-play-store hdmi or ask your own question.

1
Does the Pixel 3 need an active or passive USB C to 3.5mm Adapter?

1
HDMI + USB communications
5
Using a phone as a game console- HDMI out and USB in simultaneously
0
View HDMI output on Android Phone
0
Is screen mirroring only possible on enabled devices?
1
Mirror Android Tablet to VGA monitor via Cable- NO DiSPLAY
3
USB-C port not working as a host to use with USB OTG or HDMI adapter
0
Samsung A21S support USB-C to HDMI?
0
How to connect a monitor to a Galaxy Tab tablet?