Why is zygote asking for superuser permissions?

I have a OnePlus One running the latest version of OxygenOS which is rooted for the sole purpose of running CF lumen. I have not installed any other root apps, and only use the Play Store for downloading apps.

Recently, I got two superuser requests in quick succession from an app called Zygote.

As another answer had suggested, I checked for any rogue apps with adb shell ps | grep zygote but only one process was listed. So there doesn't seem to be any malware masquerading as zygote. 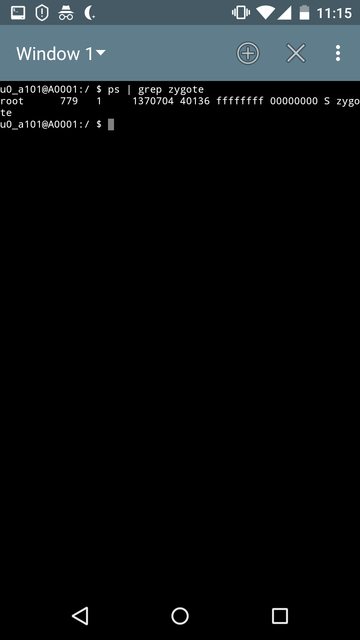 Scans from Malwarebytes and Kaspersky didn't turn up anything either.

I haven't got any other superuser requests from zygote since this first happened about a day ago.

root-access permissions malware
Share
Improve this question
edited May 12 '17 at 20:55

Do you have Xposed Installer and various modules installed? As I understand it, several xposed modules will use the zygote root process and most likely benign.

"Zygote" is the root process of all app processes in Android. When you start an app, Android forks (https://en.wikipedia.org/wiki/Fork_(system_call)#Overview) this process instead of creating an entirely new process for this app.

There is often a "soft reboot" option in custom ROMs, which doesn't do anything else than killing and restarting the Zygote process and therefore killing all other processes as they are only forks of the zygote process.

To come back to your question: I don't know which super user app you use, but maybe it contains a bug or has been unproperly configured, because zygote should normally get root access without confirmation.

Not the answer you're looking for? Browse other questions tagged root-access permissions malware or ask your own question.

21
Why are Zygote and Whatsapp asking for root?

7
Why is Play Store still asking for all app permissions on install on Android Marshmallow?
1
Why will a video game from the google play store be asking me for root/super users permissions?
0
How do I remove what appears to be malware on my Nexus 5?
0
Is com.android.syshandler a malware file on Android 5.x?
5
How do I fix malware installed automatically in the /system directory?
21
Why are Zygote and Whatsapp asking for root?
11
Why are superuser permissions needed to acess /data partition?