I have always assumed that turning off cellular data under Android settings/Data Usage meant no data use is possible.

However, I found out there is another setting: restrict background data. If that is turned on, will the phone still use cellular data even when cellular data is off?

1.) Does cellular data off override restrict background data? A: No. It's possible to get Background Data through WiFi.

2.) I have always assumed that turning off cellular data under Android settings/Data Usage meant no data use is possible. A: No. See above answer, and below.

3.) However, I found out there is another setting: restrict background data. If that is turned on, will the phone still use cellular data even when cellular data is off. A: Yes, it's not impossible. That restricts Background Data only.

But, some Phones 'leak'.

I had everything turned off and set to use WiFi, even went to the "Data Usage" Setting and restricted each APP individually - but the Carrier was billing me for Data Usage.

I phoned to complain and the Call Taker thought I must have done something incorrectly - Supervisor!

The Supervisor said that I had used a few BYTES on a couple of days, and they were adding a Charge for "Under 5MB Usage". I assured her that I had turned everything off and bought the Phone from them. We agreed that no practical Web Page is that short and that I wasn't trying to Surf for free.

They added a Feature to my Account called "Data - 5MB Free" finally admitting that they got so many complaints about this that this is what they came up with.

I suspect that the Manufacturer's UI or the OS was not checking the Settings (a 'leak' / Bug) and since the change to "5MB Free" I'm no longer getting billed for using Data without intending to.

So, yes, technically it is possible to Set something (or read something on the Internet) and to get different results than you had hoped for. It's possible to turn Data off and for a tiny amount to get used, resulting in getting billed for it.

If you don't want to pay Cellular Data Charges (or ask the Carrier to completely disable it) then turn it off and check your Data Usage (on your Phone and Phone Bill). If it's leaking take it to the Store or convince them over the Phone that you have turned everything off on your end.

Ask if the Usage is extremely small, if it is and the Phone is theirs ask for at least 1MB free.

I think I found where the leakage is coming from, or at least how to block it.

I bought my phone unlocked and have not rooted it. If you have a carrier subsidised phone this may not work without their cooperation if they have locked the settings for "Connections -> Mobile Networks -> Access Point Names". I've had this problem on two phones from different manufacturers, so I guess it's a UI and Android problem.

The problem (or solution) is that "Connections -> Mobile Networks -> Access Point Names -> APN Protocol" is set to "IPv4/IPv6" - you need to change that to "IPv4" so that when you have Data turned off the setting is respected. Either it's 'by design' or a Bug that turning off Data isn't blocking IPv6 usage when your phone boots, either way it's a rip off to get a Bill for Data usage when it's turned off.

My Carrier has locked their settings so I couldn't alter them without either taking my phone in and explaining all this again (or scouring the Internet for a way to change the Carrier settings). Fortunately I am able to add a new setting and choose it (I bought my phone outright), if your phone is "Carrier Locked" you might not be able to create a new "Access Point".

While researching this (after discovering how to see the leakage) I found a few tools and webpages that are helpful.

The APP that showed me the Data trickle is NetTech's "Net Analyser".

On their "Information" tab at the bottom it shows the total IPv6 usage since last boot - prior to fixing this problem it said that I was using over 60kB of Data, not much but enough to get billed (prior to getting 5MB Free).

Here's a screenshot, notice at the bottom where it says: "Received Since Boot" and "Sent Since Boot" - previously those values were over 60kB, now they are zero. The leakage is prevented, money saved. 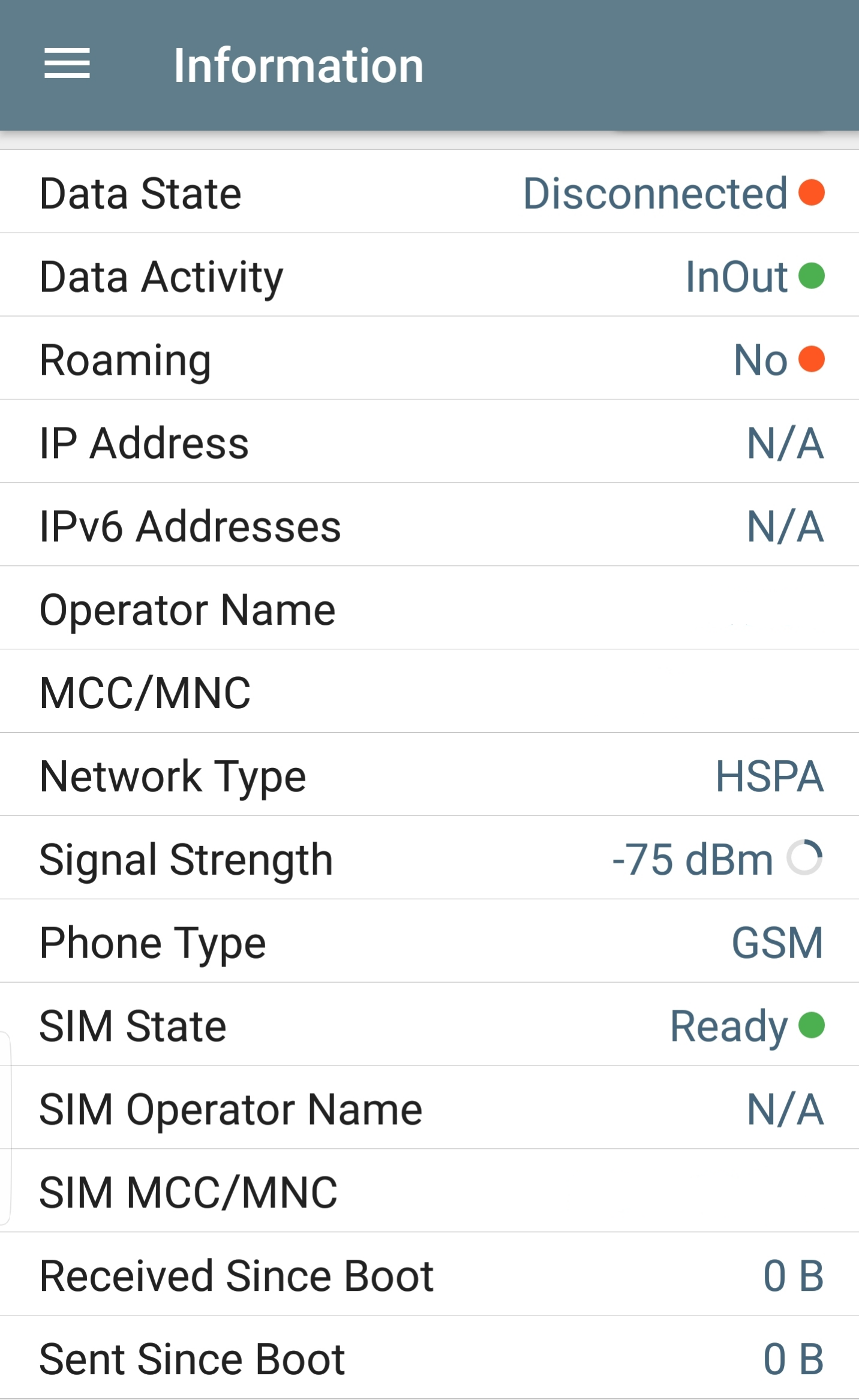 What you need to do:

While searching for a solution I also found this webpage: "How to DISABLE IPv6 on Android?" but they say the solution is temporarily and needs to be done each boot - that's useless for us because our problem seems to occur during boot, before the UI Settings kick in.

A more helpful webpage appears to be: "IPv6 on Mobile Devices" and especially: "Android: IPv6 Data Leaks" (translated from the original German webpage) which explains how to turn off IPv6, though you'll likely need root to do it:

See this question for more

How does "Restrict background data" work?

Note that apps which are driven by GCM for notifications are unaffected by this setting as explained here Restrict background data for Facebook, but notifications still coming in

Not the answer you're looking for? Browse other questions tagged mobile-data background-data or ask your own question.