This is my first post so plz be easy on me 😜

I bought one of those budget phones that claimed to have 4gb of internal storage... But it looks like there is only 1.08GB.

I removed all bloatware and moved all my apk's to the SD card... But I still don't have enough space for Google docs, etc.

Of course, I Googled before asking and such... And I used this program called FolderMount... But it doesn't seem to work well with moving things outside of the SD card, defeating the whole purpose of it.

Des anyone know a way to ACTUALLY move app data from the internal storage to the SD card?

TL;DR No space on internal store b.c. of app data on /data/data. Need to move it to SD card. 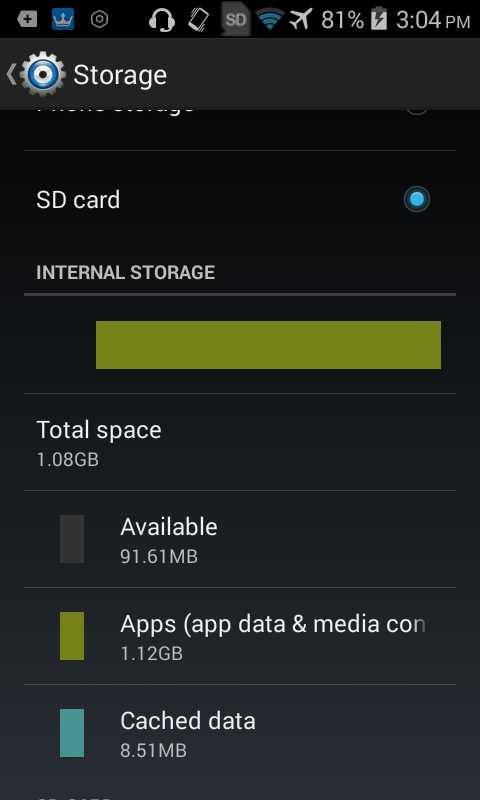 First when they say there is 4 gb storage they count there all partitions, so there is 4 gb on your phone. To move data to sd card you will have to use app called link2sd (root required) or use adoptable storage feature (android 6+ only). In both cases you don't move folders manually if you do that you will probably screw up something. Also if you really need facebook app use lite version or access it via browser, the normal version use too much space and too much resources generally I say this because I assume you don't have more than 768 mb of RAM, so use it wisely. Check out the link2sd tag wiki

There are many apps for the purpose...some of them are...AppToSd and LinkToSD.......another possible way..is that when you insert a new SD card into our phone....it automatically asks......and we should select format and use as internal storage.......hope it helped

Not the answer you're looking for? Browse other questions tagged sd-card app-data or ask your own question.