Is my Galaxy 10.1 Tablet dead forever, or can I bring it back to life?

It was running a rooted version of Lollipop for a long time with no problems, and then in the last couple weeks, I started to constantly get pop errors at random times saying, "Unfortunately, Google Play services have stopped." Also, Google Play wouldn't load.

I tried a factory reset, and wiping cache, and that sort of thing, but none of it helped. So, I thought I'd try a new ROM. I saw there was a version of Android 6.0.1 available, so I thought I'd give that a whirl. Here's where everything went wrong. I tried installing the ROM, and it failed. Then I noticed that my version of TWRP might be too old. I had version 2.3 or so, and maybe the ROM I was trying to flash needed a higher version. So, I got the latest TWRP, which version 3, and tried flashing that using Odin from my Windows 10 computer.

And that's when everything died. In the Odin interface, it said "FAIL". Then, after that, I couldn't boot into recovery mode. I tried reflashing, I tried finding stock ROMs, and, after following some advice on the web, I tried flashing a PIT file. Nothing worked.

Currently, the situation is that even though I have it turned off, the screen comes on intermittently and says "Firmware upgrade encountered an issue - Please select recovery mode in Kies & try again".

I've attached screenshots of the ODIN output and the error on my Tablet.

I've tried different versions of Odin, I've double checked every file to make sure I've got the right file for my device, I feel like I've done everything I can do.

Is my Galaxy 10.1 permanently bricked? Or is there any way I can pull it back from the brink? 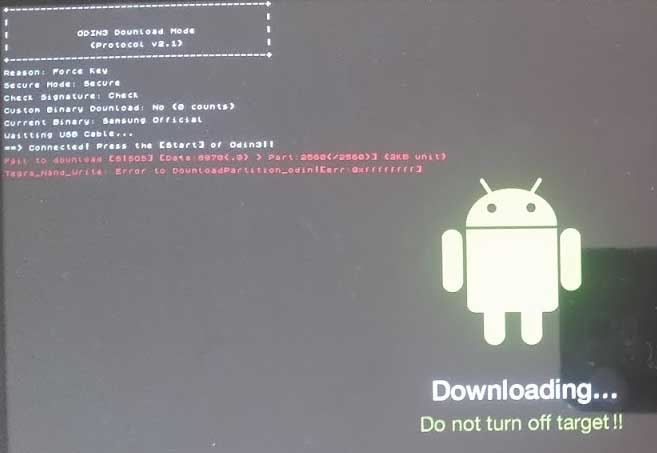 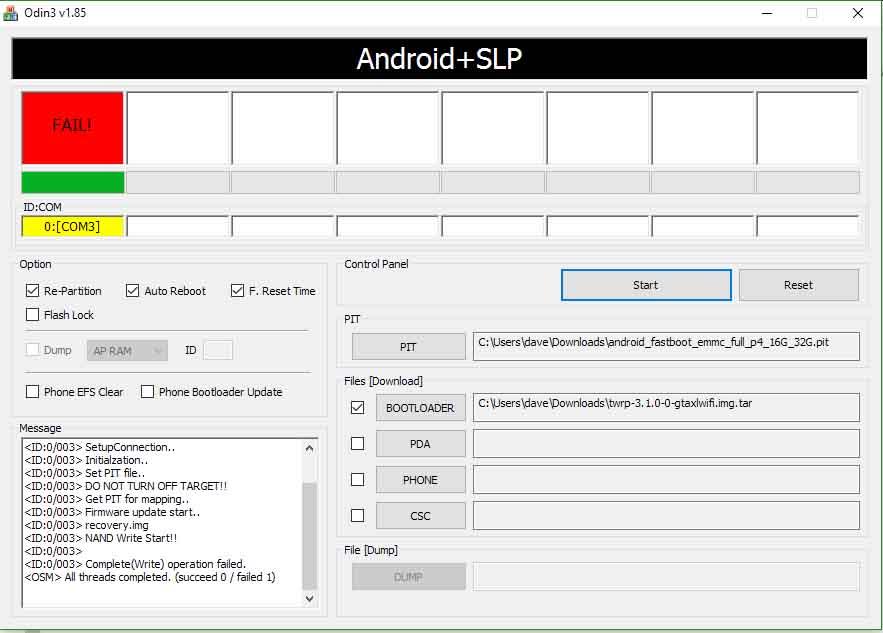 The red text in the bottom error screen says:

Update: It seems I can't turn on the device anymore. No matter how long I hold down the power button, or if I combine it with holding down either volume button, the screen does not respond. There's no charging indicator on screen if I plug the USB cable in, so I can't tell if it can take a charge or not, but I have tried leaving it charging over night.

Anyway, whatever the cause, the device now seems completely unresponsive. So, unless someone has one last thing I can do to try and resurrect this device, it looks like it is bricked and I'll be giving it away.

Browse other questions tagged bootloader odin or ask your own question.